Agricultural Transformation Will Change Africa for the Better in a Decade, Says AfDB President 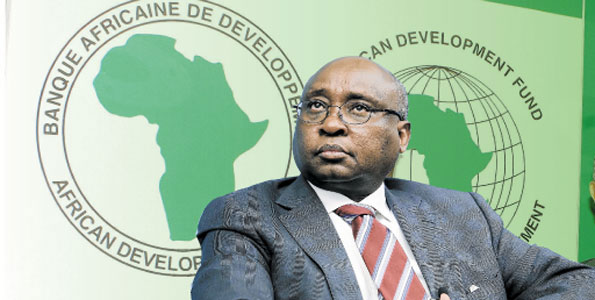 The President of the African Development Bank (AfDB), Akinwumi Adesina, has said that harnessing Africa’s agricultural potential can serve as the much-needed game changer of the continent’s economy.

However, this can only happen if agriculture is treated as real business venture attracting investments from the private sector across the entire agricultural value chains, including modern seed and fertilizer (organic and inorganic) companies, agricultural mechanization, irrigation and water management, warehousing, commodity exchanges, food manufacturing and processing, logistics, cold storage and transport.

Adesina spoke on Wednesday, October 21 at the opening of a three-day high-level conference on “Feeding Africa, An Action Plan for African Agricultural Transformation” at the Abdou Diouf International Conference Centre in Diamniadio, near Dakar in Senegal.

He stressed the need for Africa to take advantage of the growing size of its agricultural market estimated to reach US $1 trillion in the next 15 years, to rapidly invest the development of its agro-industry sector.

He cited the remarkable progress made by Kenya, Tanzania, Ghana and Ethiopia in the global horticulture industry as a clear indication that well-designed policies, financing and infrastructure support can propel Africa to the top of the global food value chains.

The AfDB President also recounted how he leveraged Nigeria’s agro-food sector when he served as agriculture minister by working closely with the Finance Ministry and the Central Bank to encourage Bank lending to the sector.

“We need to look critically at how to accelerate commercial financing for agriculture. Banks do not lend to the agriculture sector and less than 3% of total bank lending in Africa goes to a sector that accounts for about 70% of all employment and over 40% of the GDP. Lack of access to affordable finance leads to underinvestment in agricultural technologies, growth of agro-allied industries and investments in infrastructure,” he said.

He also spoke on how the “New Deal on Energy for Africa,” part of the five-point development agenda he unveiled in September, would help transform the agricultural sector and make it attractive for young people and women.

President Adesina announced that the AfDB will work with other partners to establish a $300-million facility for Affirmative Finance Action for Women in Africa – which will be used to deploy risk sharing instruments for leveraging $3 billion in commercial financing and financing from microfinance institutions to women and women-owned businesses.

He said that by providing greater attention to labour-saving technologies, especially food processing technologies, to enable women to invest their time in more productive income-earning opportunities.

In closing, Adesina emphasized that Africa’s agricultural transformation should, in a decade, result in the elimination of extreme poverty in Africa, end hunger and malnutrition in Africa, turn Africa into a net food exporter, and move Africa to the top of the global value chains.

For his part, Senegal’s President Macky Sall commended Adesina for his five bold initiatives for Africa’s development in agriculture, energy, integration, industrialization, and for improved quality of life for the people of Africa, saying the entire continent should support these brilliant initiatives which are in sync with the continent’s development vision.

“Agriculture is life,” President Sall said, noting the diverse background of the conference participants was a guarantee that it would produce exceptional results.

Earlier, the Prime Minister of the Democratic Republic of Congo, Augustin Matata Ponyo Mapon, called for a new agricultural revolution in Africa, noting that we cannot continue to use hoes, machetes and poor seeds in our farms and expect a good harvest.

He suggested the construction of feeder roads, creation of agricultural cooperatives and agro-industrial parks to help boost the agricultural sector. Ponyo Mapon also supported the AfDB President’s call to leverage the entire agricultural value chain through to the market level, wondering, “Why should we produce cocoa and import chocolates?”