Gardening a killer for cacti 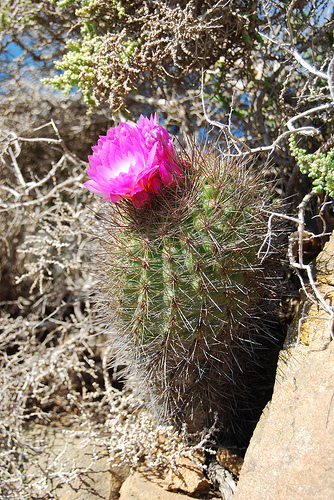 Vienna – Illegal trade in cactus plants for gardening has contributed to bringing 31% of the world’s cactus species to the brink of extinction, the International Union for Conservation of Nature (IUCN) said on Monday in Gland, Switzerland.

Harvesting of plants for food and medicine, as well as land development, are additional reasons why cacti are one of the most threatened group of organisms in the world, according to IUCN, which keeps the Red List of endangered species.

IUCN and a group of scientists published their findings in the journal Nature Plants.

“They confirm that the scale of the illegal wildlife trade – including trade in plants – is much greater than we had previously thought,” IUCN director general Inger Andersen said.

He added that “wildlife trafficking concerns many more species than the charismatic rhino and elephants which tend to receive global attention”.

Nearly all cactus species exist on the American continents, where they are a key source of food and water for various animals such as deer, rabbits, coyotes and lizards.

Hummingbirds, bats and insects eat the nectar of cactus flowers, while pollinating the plants in return.

“European and Asian collectors are the biggest contributors to the illegal cactus trade,” IUCN said in a statement.