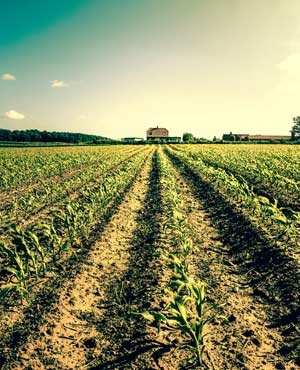 Pietermaritzburg –  The Nxamalala community in Impendle is set to benefit from a commercial farming project launched yesterday which is also aimed at inspiring rural youth to take up farming.

The project was unveiled by Premier Senzo Mchunu and Agriculture and Rural Development MEC Cyril Xaba, with plans set to sow the first soya seeds early in October.

In addition to a funding agreement, the opening saw 12 tractors handed over to co-operatives, along with vouchers for soil supplements.

Mchunu said the programme involved 140 co-operatives which would work on an estimated 28 000 hectares across the province.

He said the programme, which would create jobs, resurrected hope for the community.

The local government would support the project for three years, with strict monitoring measures in place to gauge progress.

Xaba said making use of available land would contribute to the province’s food security, while the communities involved would sustain themselves through sales of their produce.

He conceded that water supply remained an impediment to the project’s success, but said this would be dealt with.

“They [the community] will grow food for themselves and for the market. We are confident that local supermarkets will join and some private entities have already showed interest in partnering on the project.

He said he was confident it would inspire young people to become farmers.