Nigeria: How to Start and Succeed in Horticulture Business 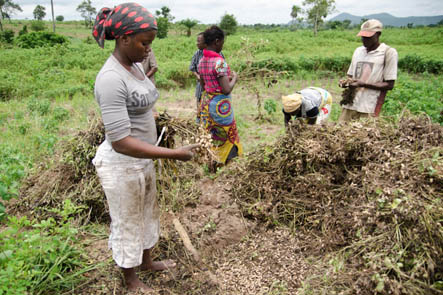 Horticulture is one business that is putting food on the table and money in the pockets of many Nigerians and Africans. It is the branch of agriculture that deals with the art, science, technology, and business of vegetable garden plant growing. It includes the cultivation of medicinal plants, fruits (orchard plantation), vegetables, nuts, seeds, herbs, sprouts, mushrooms, algae, flowers, seaweeds, lawns, planting edges, and non-food crops such as grass and ornamental trees and plants. It also includes plant conservation, landscape restoration, landscape and garden design, construction, and maintenance, and arboriculture. Inside agriculture, horticulture contrasts with extensive field farming as well as animal husbandry.

Horticulture involves nine areas of study, which can be further reduced into two broad groups: ornamentals and edibles. The nine areas are as follows:

1. Arboriculture is the study of, and the selection, plant, care, and removal of, individual trees, shrubs, vines, and other perennial woody plants.

2. Turf management includes all aspects of the production and maintenance of turf grass for sports, leisure use or amenity use.

3. Floriculture includes the production and marketing of floral crops.

5. Olericulture includes the production and marketing of vegetables.

6. Pomology includes the production and marketing of pome fruits.

7. Viticulture includes the production and marketing of grapes.

8. Oenology includes all aspects of wine and winemaking.

9. Postharvest physiology involves maintaining the quality of and preventing the spoilage of plants and animals.

Horticulture is seen to make great contribution to food, health, environmental protection/conservation, education, psychological well-being, recreation, architecture and socio-cultural activities which promote human well-being. This view was captured by the President of the International Society for Horticultural Science (ISHS), Prof. Rod Drew, who noted that “Agriculture supplies protein, it supplies carbohydrates, it supplies staple crops – but we’d have a pretty boring life without horticulture. Horticulture gives colour, horticulture gives us the flavours, it gives us all the health benefits of a balanced diet.”

Many horticultural products are rich sources of vitamins, minerals and phytochemicals. Dark green leafy vegetables and yellow-fleshed fruit such as pumpkins and mangoes are recommended to correct vitamin A deficiency, a major cause of blindness in African children. A Food and Agriculture Organisation (FAO)/World Health Organization (WHO) report has established that eating at least 400 grams of fresh fruit and vegetables a day helps to alleviate micronutrient deficiencies and to prevent chronic diseases associated with unhealthy urban diets and lifestyles.

Viewing the contributions of the horticulture industry in Africa, The Economist called the sector flower power. Just like The Economist, a lot of people feel horticulture is just planting of flowers, hence the apathy they feel towards the industry. But horticulture is more than flowers as I have mentioned earlier. Horticulture is one of the most important aspects of agriculture and a very big agribusiness. In Kenya, the horticultural sub-sector has emerged as the most important segment in the agricultural sector and generates over US$1 billion in foreign exchange earnings annually. For instance, the total horticultural production is close to 3 million tonnes. The total value of horticultural exports in 2012 was Ksh87 billion (US$ 1 billion)) having exported 380,000MT of produce. The total domestic value in the horticulture sector in 2012 amounted to Ksh217 billion (US$2.5 billion), occupying an area of 662,835 ha with a total production quantity of 12.6 MT. In fact, Kenya has now surpassed Holland in the area of cut-flower or rose exportation. The horticulture industry has also become the highest employer of labour in Kenya as well as in many African economies. In Kenya alone, horticulture engages about 4 million people; 2 million directly and 2 million indirectly. Horticulture is seen as the solution to Africa’s socio-economic problems.

The youth population of Africa is growing faster than that of any other region. In 2010, 695 million Africans (68%) were under 30 years old. By 2030, their numbers could reach 986 million. Around 74 million jobs will need to be created in Africa over the current decade to prevent youth unemployment from rising according to the FAO in 2012. Horticulture is seen by the global food body to have the potential to generate local employment, reduce food transport costs and pollution, create urban green belts, and recycle urban waste as a productive resource. South Africa, Ethiopia, Rwanda and many other African countries have joined the global horticulture industry.

Nigeria has been seen to have comparative advantage in the area of horticulture. In Jos, for instance, some Kenyans were brought to Nigeria during the last administration to help out with the horticulture industry in the country and to their utter amazement, Nigeria had wonderful structures to enhance production of horticulture rather than keep to the present mono economy. It was also discovered that the onion glut that takes place in Aliero in Kebbi State could be reversed. The Ministry of Agriculture in the last administration also visited Casablanca in Morocco and discovered that onions in Nigeria that was a glut could actually be preserved for nine months. There is so much potential in the horticulture sector that has not been scratched in Nigeria. In Benue State, deservedly reckoned as the food basket of Nigeria, tomatoes, chilli pepper, mangoes and fruits generally and many other horticultural products are allowed to waste because there is no sustainable or viable transportation system that connects these products to the cities in Nigeria where they could be sold. But as more processing facilities come near farms in Nigeria, post-harvest wastage will be salvaged and this will increase the food security in the country.