Art may stay for longer on the Sea Point promenade 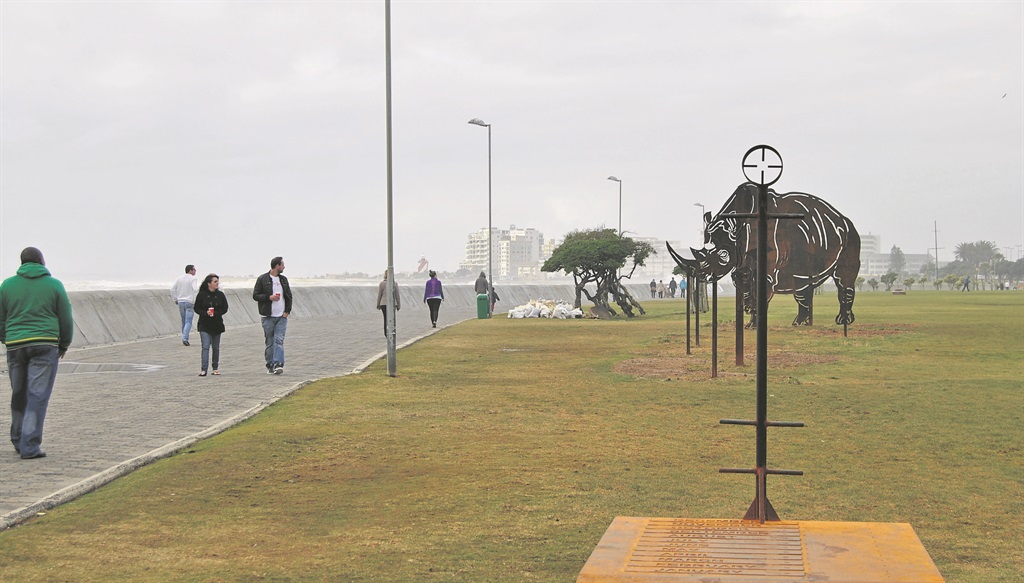 Some of residents’ favourite public artworks on the Sea Point Promenade may be set to stay.

Ward councillor Jacques Weber has submitted a motion to the Good Hope subcouncil proposing that some of the art projects remain in place for another year.

When the Ward54 public art project began over 3 years ago, it was established as a temporary art project, Weber explains. Art pieces were installed in various public spaces in the ward for a period of six to 12 months.

A call for artists to submit proposals that promote new and innovative ways of thinking about art in public spaces was made in mid-2013. Hundreds of proposals were received and a committee consisting of a diverse group, including landscape architects, curators, city planners and active citizens, decided on the final artwork that would be installed.

Funding for the project came predominantly from the ward allocation budget, with an additional contribution from the City of Cape Town’s arts and culture department.

The project was endorsed as a World Design Capital 2014 project.

Some of the pieces have been, and continue to be, a firm favourite with locals and tourists. They also add an extra dimension to the upgrades being carried out along the Promenade.

Weber has proposed that three pieces be retained for another year, to allow for new visitors to the ward to appreciate “a great public open space and gain true value from seeing great pieces of art”.

One of these will be the rhino project, which aims to create awareness of rhino poaching.

Created by artist Andre Carl van der Merwe for the public art project after feeling a “sense of hopelessness” about rhino poaching, the installation allows visitors to walk up to the viewing point. It is made to seem like a gun crosshairs, and allows visitors to see that several pieces of sculpture make up a rhino.

The idea is that instead of seeing the carnage as “history”, visitors rather see the impact as current and form the idea that while they are walking, enjoying the sunset there could be a rhino dying at that very moment, Van der Merwe says (“Art project to stop poaching”, People’s Post, 24 July 2014).

The art benches and the art colour block murals have also been included in Weber’s proposal.