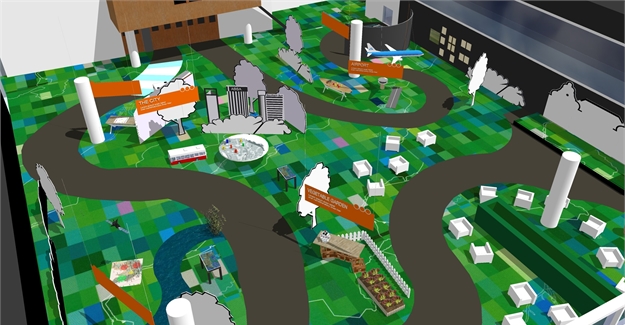 #Cocreate to make SA great. It’s more than just a hashtag, it’s an initiative of the Kingdom of the Netherlands that serves as a platform for Dutch and South African counterparts to exchange ideas and innovations for a sustainable future…

“It’s based on the belief that working together can make a difference and we can #cocreate solutions for local issues. That’s the sentiment from Bonnie Horbach, Consul General of the Kingdom of Netherlands, who hosted an exclusive press preview on Wednesday, 14 October 2015 on House of the Future.

House of the Future is set to be a 5-day festival, running from 16 to 20 November in both Johannesburg and Cape Town as a specially curated selection of economic and cultural events including elements of film, dance, music and art, all centred on the question of how we can #cocreateSA together.

There’ll be nothing stuffy about this event, with Dutch Prime Minister Mark Rutte expected to set foot in House of the Future in Johannesburg on 17 November, along with a trade delegation of over 75 companies and knowledge institutes, one of the largest ever to be held to the continent. Then, on 18 November, he will visit Cape Town’s Garden of the Future exhibition, set to showcase the first tangible fruits of Dutch-SA partnerships.

Horbach elaborated further that this is “an opportunity to organise something really special, with design as the entry point, and further focus on entrepreneurship and education. “Key thought leaders and local stakeholders will work on solutions for much-needed resource issues such as healthcare, water, agri-food, energy and logistics.

It’s all about putting innovation and solutions together at House of the Future, which will be based at Turbine Hall in Newtown from 16 to 20 November. Members of the public can sign up for different sessions, ranging from workshops and interactive talks at TedX Johannesburg on 19 November, to pitching sessions for startups at ‘Get in the ring‘.

There will be 50 events held in total, all based on the belief that if those living in South Africa and the Netherlands are left to collaborate on certain topics and work together to find solutions, we can co-create the future.

This is all part of a long-term campaign, with the momentum for different events around existing developments in South Africa, especially as we enter a new era of trade and political relations. There’s a long history, that Horbach admits hasn’t always been on an equal footing. The Netherlands came out of Europe’s economic crisis with a different view and change in attitude that puts more value in the relationship than before – all set to benefit our country.

But it’s not a case of prescribing without proof, as Horbach says a key point in deciding what will work locally is to do research into local challenges and ask what the South African communities actually need instead of coming in with all guns blazing and a top-down policy, assuming what’s needed based on what has worked in the Netherlands.

Even better? There’ll be student involvement, with a delegation from the Netherlands as well as SA working on specific challenges identified by the City of Johannesburg.

Delving deeper into the working relationship, Horbach shared that while the bulk of SA’s population is under the age of 24, the Dutch population is steadily growing older. This means we can benefit from their expertise, while they leverage off of our creativity and eager entrepreneurial spirit.

It’s intended as our stepping stone to Europe and their steppingstone to the African continent through South Africa.