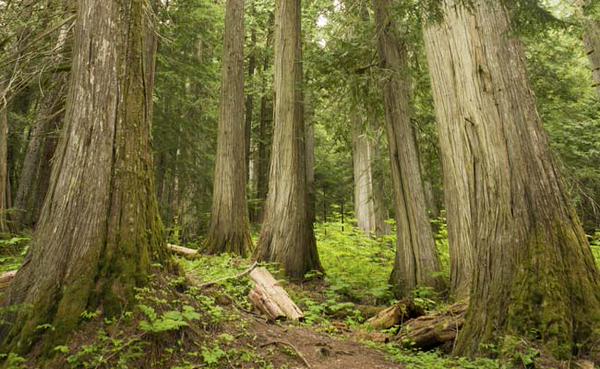 Tharaka Nithi – Groups of reformed youths who once sold drugs and stole from their neighbours are helping protect trees in rural central Kenya from illegal loggers.

The young adults, whose previous activities were a source of community tension, now report suspicious logging to village authorities. They are also contributing to an effort to boost Kenya’s forest cover from 7% to 10% by 2030.

It has been illegal to cut down trees in Kenya’s forests since 1999, but a new constitution in 2010 extended the ban to rural farms unless the feller has an official permit.

Murithi Ntaru, a member of the Muiru Youth Reform Group from the parched village of Weru in the lowlands of Tharaka Nithi County, finds his new calling more fulfilling than his former life dealing drugs.

“This is better than when I would hide from the authorities for days as a drug peddler,” said Ntaru, 34, who has a friend in prison for narcotics-related offences.

“I now use the skills I learned when I was doing bad things to outsmart the timber cartels.”

He and other young people resorted to crime to support themselves after the ban on cutting down public forests put a stop to the lucrative local trade of transporting logs for sale, which many had quit school to do.

Now their knowledge of the timber trade is being put to good use.

Group members select a specific ringtone on their cell phones to notify each other when they are alerted to tree-felling activities.

“The community tells us when a timber broker is seen in the village or when a neighbour is planning to meet the broker. When we report, the chief sends scouts to monitor the suspects’ movements,” said Ntaru. “I feel safe because all I have to do is send a text message to the chief.”

In exchange for information about illegal logging, the group is given the opportunity to sell seedlings in new reforestation areas.

For the past three years, the Muiru youth have run a tree nursery on the banks of the River Naka at the behest of the county government, which identified an opportunity to protect forests and channel young people’s energy away from delinquency.

The Muiru group is one of a growing number of youth-led projects that cultivate seedlings for reforestation drives in the area.

On a good day, Ntaru’s group can supply seedlings worth up to 20 000 Kenyan shillings (around $200), sharing the profit among its 10 members.

Their vigilance pleases Doreen Cianjoka, a widow in Weru who lost all the trees on her farm to conmen.

Well-dressed strangers came to her home and convinced her they could find a ready market for her wood, she said.

After a few days, the brokers came back with a team wielding chainsaws who cut down the trees and split them for timber, but she never received any payment.

“The last I saw of them was as they said goodbye from the lorry that came to carry away my trees,” she recalled. “I am hoping our young men and the chief will help me track these bad people one day.”

Whether or not her hopes are met, other residents are unhappy about the stepped-up enforcement of logging bans, which they blame for a shortage of timber.

At the Jasho furniture shop in Chuka, a town in Tharaka Nithi County, owner Justin Wanyanya is engaged in a heated argument with one of his employees. Wanyanya, like other timber artisans and retailers, has had to lay off some of his staff.

“I cannot pay them because business is very bad due to timber shortages,” he said.

The young people’s vigilance may be one factor pushing him out of business. But it is not the only reason.

Property development is booming in towns like Chuka, and despite the controls on tree-felling, truckloads of timber are often spotted heading to northern Kenya.

Mugambi Ngece, a programme officer with the Centre for Research in Environment Kenya, noted high timber demand in up-and-coming towns like Isiolo and others springing up along the planned Lamu Port Southern Sudan-Ethiopia Transport corridor, a major infrastructure project.

This has led to competition for timber supplies with local enterprises like Wanyanya’s. But Ngece said the environment is benefiting.

The new constitution encourages public participation in management and conservation of the environment.

‘The law is not fair’

In the 54 years he has lived in Weru, Karagwa has seen the ecosystem of nearby Mount Kenya severely damaged, particularly following widespread logging in the 1980s.

This led the government to ban people from entering forests without permission from the local forestry office in the late 1990s.

Timber barons who had accumulated huge revenues from the trade found alternatives in rural farms like Cianjoka’s, until tighter controls on tree felling were enacted in 2010.

Stephen Gitonga, who used to make a living as a chainsaw operator, said his new job driving a motorbike taxi does not provide him with as much income.

“The law is not fair, because big timber businesses are still benefiting when they supply materials for building,” he said.