Self-sustaining vertical forest to tower above the rest 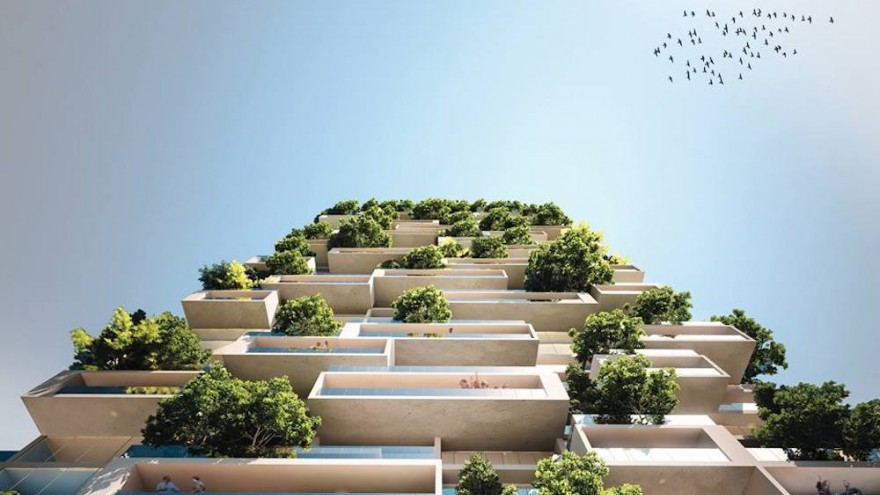 The construction of cities has become synonymous with the desolation of natural landscapes. But, Milan-based architectural firm Stefano Boeri Architetti is designing ways to combine nature with traditional brick and mortar with the world’s second “vertical forest” in Switzerland’s city of Chavannes-Près-Renens.

The company recently won a bid to construct a 117-metre tall residential building covered in 3 000 square meters of trees, shrubs, and other greenery. This comes after the success of the first vertical forest dubbed Bosco Verticale.

The new building will be named “La Tour des Cedres” as an ode to the 100 cedar trees that the architects plan to plant on the structure.

The sustainable building aims to contribute to the regeneration of the environment and urban biodiversity. But, while Stefano Boeri Architetti’s endeavour is celebrated, the promotion of biodiversity doesn’t always have to be conducted on such a grand scale.

A number of initiatives have taken to adding greenery to office spaces, homes, and building facades. A UK-Firm called Treebox has created a vertical garden that is able to grow and flourish with little to no maintenance. Rain Garden is entirely self-sustaining, gets its water from the rain, and requires no power.

Adopted over two years ago, the Rain Garden located in London has almost doubled in length, measuring in at 30 meters.

The kit, called Plug & Plant, is a wall-mounted, modular system for pre-packaged seeds, ready to grow in a soil-free environment. It uses biodegradable polyurethane-starch foam to give the plants space to thrive. All the otherwise automated system needs is a little bit of water.

If the company’s Kickstarter campaign is successful, the first DIY-kits will ship off in May 2016.