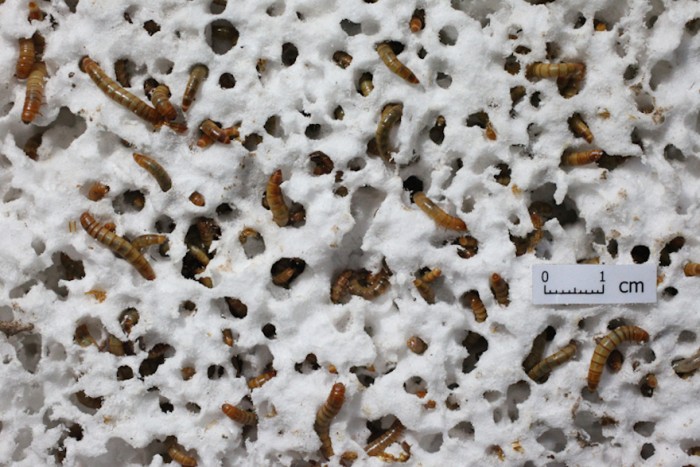 Plastic pollution is a major threat to our environment, particularly our seas with over eight million tons of plastic dumped into the world’s oceans every year. Now, a team of scientists from Stanford and China’s Beihang University are joining the global effort to reduce plastic waste by proposing the yellow mealworm as a possible solution.

In a recent study, the scientists found that the worms are able to live entirely on plastic-based materials. After feeding 100 mealworms between 35 and 39 milligrams of plastic every day, they found that the microorganisms in the worms’ digestive tracts were breaking down the supposedly non-decomposable plastic.

While consuming the plastic, the worms omitted carbon dioxide and excreted the surplus plastic as biofuel, suitable for using as a soil nutrient. The digestive process took under 24 hours – a huge difference from the approximately 450 years it takes for just one plastic bottle to completely degrade. The ingestion of plastic had no harmful impact on the worms as they were found to be as healthy as worms fed a normal diet.

The scientists are now conducting an investigation of the microorganisms in order to develop a stronger enzyme that would degrade plastic at a faster rate.