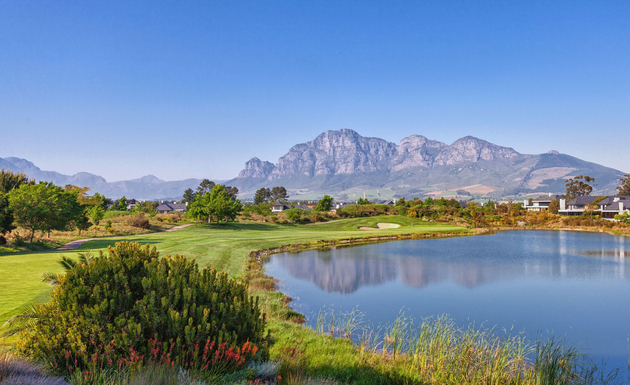 In a landmark residential property deal – which has been approved by the Competition Commission – Val de Vie Estate and a consortium of partners including the Mantis Collection have acquired Pearl Valley Golf & Country Estate from Standard Bank. This will create a luxury “super-estate” under the Val de Vie brand.

The acquisition includes the entire first phase of Pearl Valley, the Jack Nicklaus Signature Golf Course, the clubhouse, a hotel site on which the Mantis Collection Pearl Valley Hotel will be developed, a 20 hectare equestrian farm, approximately 80 serviced and unsold plots as well as 150 un-serviced residential plots. Pearl Valley was previously owned by Dubai World which acquired it for R700-million in 2007.

Val de Vie will oversee the management, marketing, sales and new developments, and will implement strategies to achieve economies of scale in order to reduce security, maintenance and landscaping costs, which will decrease levies for the individual homeowner. Pearl Valley Golf Club will maintain a separate Homeowners’ Association (HOA) and will be managed by Val de Vie alongside other brands with individual HOAs that fall under Val de Vie, such as the Val de Vie Lifestyle Club, Polo Village, Evergreen Retirement Village and The Stables.

Comments Martin Venter, Founder & CEO of Val de Vie Investments: “The mutually beneficial inclusion of Pearl Valley within the larger Val de Vie family and amongst its other diverse offerings, completes the vision of providing the ultimate in secure, luxury living.”

Pearl Valley has consistently been rated amongst the top five best golf courses in South Africa over the last ten years and was named “Best Residential Estate in South Africa” in a recent New World Wealth survey, while Val de Vie has won multiple awards at the International Property Awards including “Safest House in Africa” and “Best Development in South Africa”.

Residents will now enjoy shared and easy access to amenities on both estates which include the golf course, fitness centres, tennis and squash courts, indoor and outdoor swimming pools, multiple equestrian facilities, a riding arena and two polo fields. Val de Vie’s polo facilities are of such a standard that the estate was selected to host the sixth Sentebale Royal Salute Polo Cup in November 2015. This will be the first time that this prestigious charity event will be held on African soil and it will see the likes of Prince Harry and Nacho Figueras – one of the world’s top polo players – participate in the game.

Comments Ryk Neethling, Marketing Director at Val de Vie Estate: “The demand for property in the Paarl-Franschhoek Valley, where Val de Vie and Pearl Valley are situated has increased sharply over the past 24 months. To satisfy this demand, we recently announced the expansion of Val de Vie’s borders to include an additional 322 hectares of land.”

Development plans for this land, bought from Pearl Valley in 2013, include 13 Gentleman’s Estates, four River Reserves, additional developer’s plots, a retirement village, a large conservation area and other lifestyle amenities. Developer’s land stock valued at over R500 million on this Val de Vie extension was sold over the past 12 months.

Val de Vie and Pearl Valley are only a 35 minute drive from Cape Town and Cape Town International Airport. Furthermore, Val de Vie is planning the construction of a bridge over the Berg River to connect with the R45 provincial road. This development, which should be completed in 2017, will give residents of both estates faster and easier access to excellent schools, the University of Stellenbosch and Cape Town International Airport.

The construction of the Mantis Collection Hotel at Pearl Valley Golf Club will begin in January 2016. It will be a five-star luxury hotel with 68 units and 90 rooms. Fifty percent of the hotel rooms were bought by the consortium, which gives individual investors the opportunity to buy into the establishment. The hotel will be managed by Mantis who, like Val de Vie and Pearl Valley, is committed to the spirit of conservation and responsible development. The Mantis Collection, a leader in luxury hospitality, and its founder Adrian Gardiner are well known for the development of the iconic Shamwari Game Reserve.

“This unique lifestyle offering within a secure environment is without match and we are pleased to be able to continue creating a place where families can live their dreams,” concludes Venter.