South Africa and China: lessons on how to balance conservation and tourism 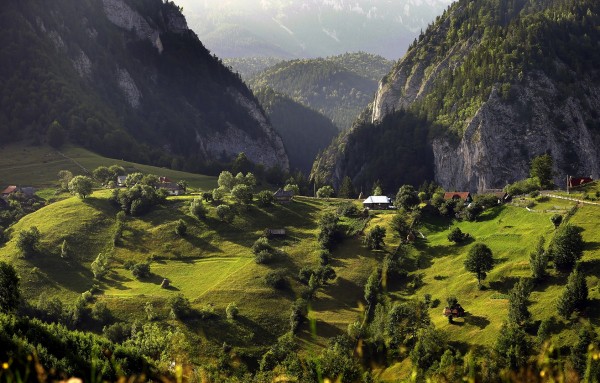 China and South Africa are among the 17 countries that carry more than 70% of the world’s species, making it important for them to preserve plant and animal biodiversity in their territories. Although South Africa is eight times smaller than China, there are important lessons the two countries can share.

Biodiversity is important for the survival of the planet. It is the source of oxygen, food, clean water, fertile soil, and a stable climate. It is also potentially a source of recreation.

But conservation often collides with the need to speed up economic growth to reduce unemployment and poverty. This is especially true in South Africa where unemployment is high and the economy is growing at a snail’s pace.

China, on the other hand, has made rapid socio-economic progress in recent years.

But this progress has also brought challenges which pose a threat to the sustainability of its environment. Many of China’s plant and wildlife species have been listed on the International Union for the Conservation of Nature’s Red List of Threatened Species. A prime example of this is the well known panda species.

Threats to the environment

Between 1990 and 2010, China lost an average of 2,486,000 hectares of land to meet increased domestic demand for wood. This was a major contributor to the fact that a number of species came close to extinction.

The country has taken steps to reverse this disastrous decline. In 1998, China issued a logging ban in the Chuanxi forest. It has also taken other measures to reducecarbon emissions and protect biodiversity.

In South Africa, nearly a fifth of the land surface has been lost, mostly due to natural vegetation being ploughed up for crop farming, and to a lesser extent to mining, forestry and urban sprawl. The greatest losses are around hubs of economic activity.

In the upper Mekong River valley of the Tibetan Plateau in China, rich biological resources are found but it is also the most populated region in Yunnan Province. In recent years, rapid economic development projects like roads, mining and hydropower development of Yunnan Province have caused major environmental problems in this area.

As part of conservation measures, both countries have created protected areas including nature reserves, botanical gardens and national parks.

Parks are widely considered a central component of regional and national tourist industries in both South Africa and China. Tourism provides some of the necessary funding for the upkeep of conservation but these activities also have the potential to harm already threatened ecosystems. Balancing conservation and tourism is key.

The International Union for the Conservation of Nature stipulates that strict rules should be applied to protected areas according to their management objectives. In zones which are dedicated to biodiversity protection, no development should take place. In China, these standards are often not applied.

Given the size of the Chinese population the tourists numbers are huge.. In 2005 alone the country’s 1900 forest parks, mainly reserves, accommodated 180 milliontourists. The number of visitors to the park has increased annually by 20% in the past 5 years.

The aim is to protect nature reserves, forest parks, scenic and historical landscapes.

There are over 2000 designated nature reserves equalling 15% land mass in China. These areas are meant to protect the environment, but due to a lack of knowledge of conservation practices they face environmental risks associated with tourism activities.

An influx of tourists and vehicles allowed into protected areas has the potential to destroy rich biodiversity reserves. China’s Yunnan Province, Pudacuo National Park is a good example. This was the first national park that was set up in China were international standards in 2007 applied. But these aren’t being adhered to.

For example, there aren’t any limits on the number of busses that can access the park. Also, a large construction site for a major tourist and environmental education centre has been erected in the park.

Regulations are in place to ensure that only a limited amount of people and vehicles are allowed in. In some cases quota systems are enforced. But challenges remain, particularly in areas such as Table Mountain National Park in Cape Town where people have open access.

There are several ways in which South Africa is effectively conserving its biodiversity.

China also has laws in place for protected areas like the Regulation on NatureReserves. But challenges remain with implementation. Problems include park managers who do not have sufficient training, lack of funding and irresponsible development. Sometimes the funds allocated to protected area authorities do not match the management job they have to do.

An even bigger problem is that there are often as many as ten different Chinese government ministries overseeing protected lands. This has led to complicated management practices and an inability to effectively implement conservation practices.