Kingfisher Lake to go into rehabilitation 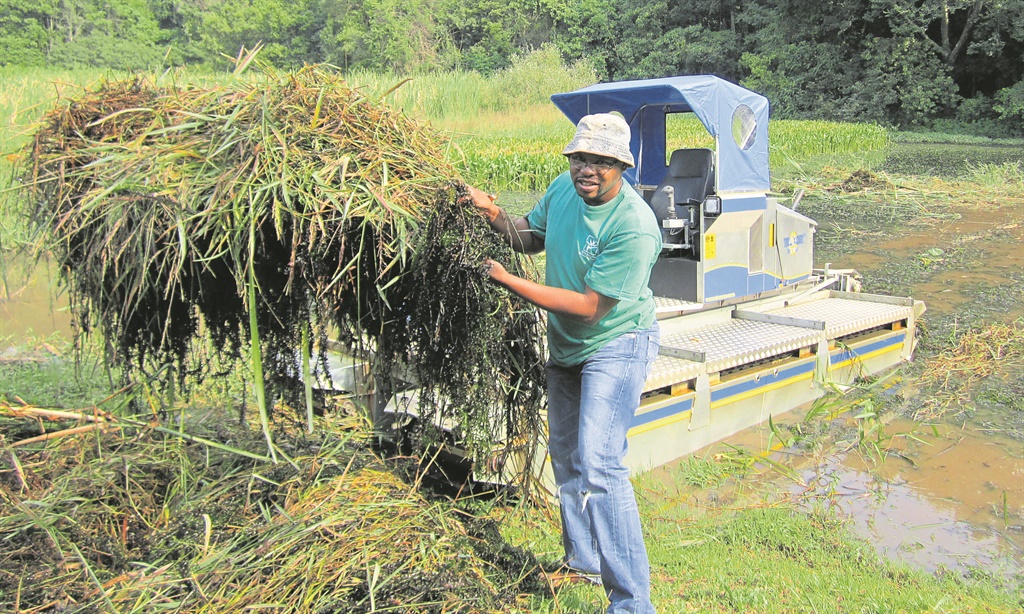 IN an effort to rehabilitate Kingfisher Lake, one of the main features of the KwaZulu-Natal National Botanical Garden in Pietermaritzburg, the garden will undertake to remove alien plants from the lake to restore it. The lake is more than 5500m2, from its neck to the overflow bridge, and was established in the eighties.
Speaking to Maritzburg Fever, garden curator and general manager, Allen Nene said the lake has never been rehabilitated since it was built decades ago.

“About three years ago, with the assistance of Early Detention and Rapid Response, which is one of the SANBI divisions that deal with alien invasive plants, the garden hired a machine to remove floating aquatic weeds in this lake.

“This initiative was a success, however, we then realised that the silt build-up was already too high. The silt was exposed to the sun and this resulted in too many alien plants starting to grow on the exposed surface, and that was the end of the lake,” he said.

A new channel was opened to allow a temporal water flow on the edge of the lake as a way of allowing the bigger portion of the lake to dry up so it can be dredged by normal equipment like an excavator machine. Dredging is the removal of silt process.

“An environmental impact assessment has been completed so dredging can now take place. In addition a litter trap will be built on the upper part of the lake to address the challenge of litter that get deposited into the lake coming from the Dorpspruit River,” said Nene.

Nene added that rehabilitation can take between six to 12 months with follow-ups thereafter.

“This is all about planting back the original plants that existed in that disturbed land. These plants are mainly indigenous and attract the wildlife back into the ecosystem. This also improves the water quality,” he explained.

The processes will begin during the dry season. from May to early August.

“This is undoubtedly one of the main features of the garden. It’s a playground for many indigenous birds, dragonflies, damselfly, and more, when it is in a good state. This is a huge project and the garden and SANBI do not have the capacity to deal with this project without financial assistance from environmental affairs. This will also create job opportunities for the Pietermaritzburg community,” said Nene.