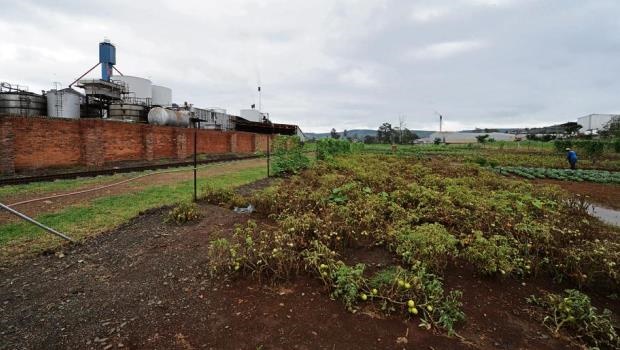 On Saturday, Weekend Witness reported that Willowton Logistics co-owner Ali Akbar Moosa had started a vegetable garden on vacant municipal land behind his company on Ohrtmann Road in 2014, and has since been supplying local charities with vegetables free of charge.

However, in October last year, the Msunduzi Municipality summoned Moosa to court, threatening to proceed with a high court interdict against him if the land was not restored to its previous state — which was an overgrown and littered dumping ground.

Speaking to The Witness yesterday, Moosa said he would “fight it all the way”.

“I will even make a formal application to lease the land if I have to,” he said.

However, if all does not go as planned for Moosa, he said there was no cause for concern because he also currently uses about 3 000 to 4 000 square metres within his company’s property to grow vegetables for the charities.

Angry Pietermaritzburg residents took to social media to petition against the municipality’s move, calling for the vegetable garden to remain untouched.

Charmaine Naicker said in a Facebook comment on the article that the municipality would rather have dirty vacant land than land being maintained at someone else’s cost and which feeds various organisations.

“You have to be kidding … what would they rather have? An overgrown plot of land used by vagrants and as a dump? This defies logic,” said Michelle Anne Koekemoer in a comment.

Some of the charities benefitting from the vegetable garden also joined the fray.

Marian Old Age Home CEO Linda Rees said Moosa donated “lovely vegetables” to the organisation. “What the municipality is doing is wrong. Why are they preventing people from doing good for the community?

“Since they [Willowton] started with this project about a year and a half ago, we have been saving a lot because instead of buying vegetables from the market, we get them for free and vegetables are very costly.”

Pietermaritzburg Children’s Home spokesperson Christopher Mahadeo said their organisation was disappointed with the municipality’s move. “We are very sad this is happening to them [Willowton] because they have been very helpful to us. We receive a huge amount of vegetables from the garden whenever they harvest,” he said.