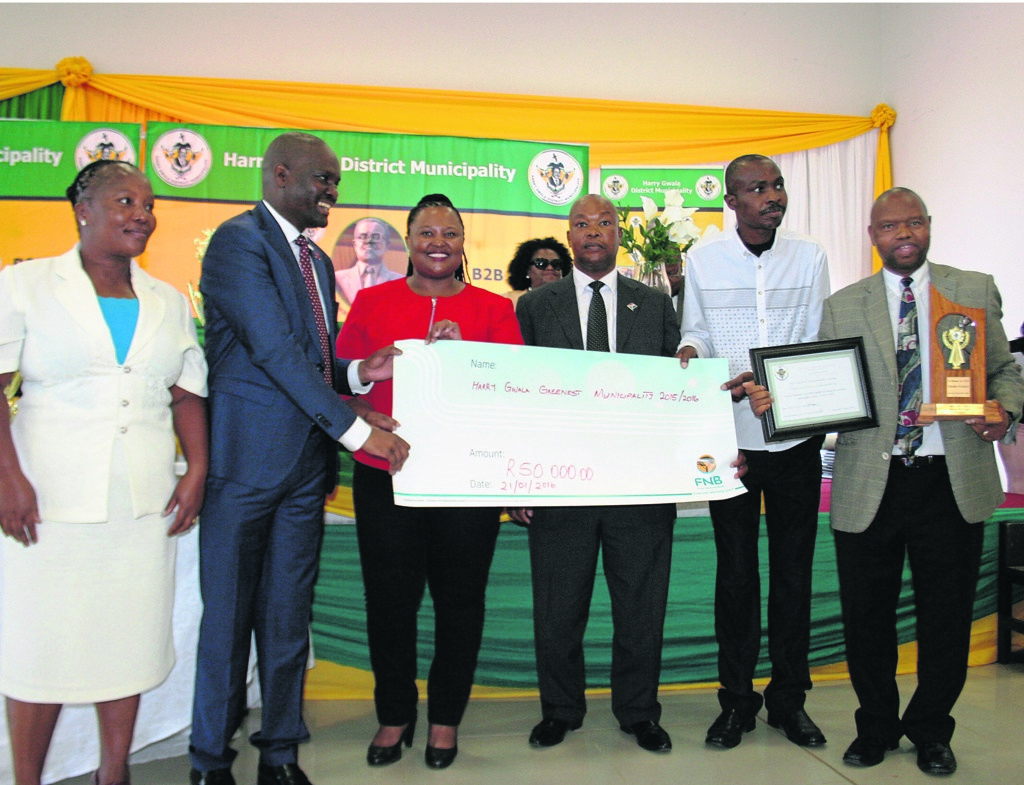 Greater Kokstad Municipality has been named the greenest and cleanest municipality for 2015/16 in the recently renamed Harry Gwala district of KwaZulu-Natal.

In recognition of this, the municipality was presented with a cheque for R50,000 and a trophy at the Greenest Municipality Competition awards presentation, which took place at the Peace Initiative Hall in Ixopo in January.

A few decades ago, when authorities spoke about preserving the environment, and saying that South Africa was a dry country with even less water resources, it was like a mystery and we didn’t understand it.

“Today we have learnt the hard way. It is as a result of our actions that we are experiencing all these changes.”

The awards are part of an initiative to encourage towns and municipalities in KwaZulu-Natal to build parks and plant more trees.