Kenya’s potential horticultural exports have been bolstered by the authorisation of the state laboratory to test chemical pesticide residues. 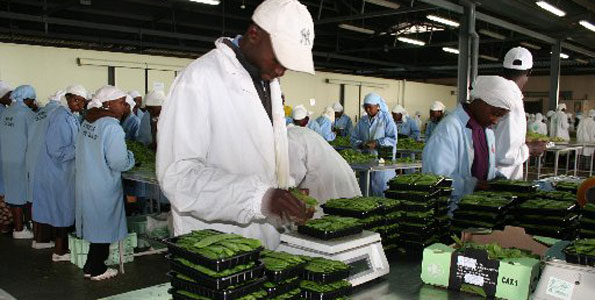 The Kenya Plant Health Inspectorate Service (Kephis) said its Analytical Chemistry Laboratory had been given the go-ahead to test produce destined for major markets such as the European Union (EU), where Kenya exports the majority of its flowers, fruit and vegetables.

The lab’s re-accreditation was done by the South African National Accreditation Service (SANAS).

The managing director of Kephis, Esther Kimani said that it was good news for Kenyan farmers, who had had difficulty accessing the European market.

Ms Kimani said: “This re-accreditation means that the laboratory’s competency can be assured. Therefore the pesticide residue monitoring programme, which is key to export to the EU, meets the requirements of obtaining reliable data. This will help Kenya’s exports such as beans and peas that are exported with pods.”

Kephis is also implementing a national programme aimed at ensuring early detection of pesticide in collaboration with the horticultural industry.

Kenya earns around US$880,000 for exporting products such as baby corn, snow peas, French beans, passion fruit, sugar snaps and snow peas to the EU.

The EU withdrew licences from 11 companies over high levels of pesticides and harmful organisms in their produce and gave Kenya a deadline of 30 September 2015 to comply with residue limits.

“The national monitoring programme is targeted at problematic areas. Kephis identifies which regions have serious problems of residues and chemicals and we focus on that area. At the end of the process, the farmers will realise the need for adherence and avoid losses associated with rejected produce,” the Kephis boss told Smart Company.

Of Kenya’s 1.5m horticulture farmers, more than 150,000 export fresh produce to the EU.