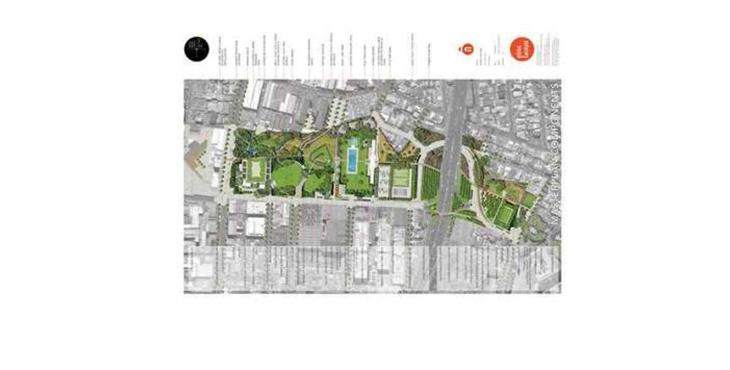 Cape Town – With the help of the Cape Town communities of Woodstock and District Six, an Integrated Management Framework (IMF) for Trafalgar Park has been developed which will help to drive the vision for the beautification, landscaping and heritage upgrades of the entire park.

Trafalgar Park was formally established in 1905 for the residents of District Six and was then known as the East End Plantation.

During the early decades of the 20th century, this 3ha park consisted of a garden with flower beds and a rose garden, similar to the Company’s Garden during the same period.

The southern extension of the park was covered in pine trees, which extended across the lower slopes of Table Mountain. The park also contains the French Central Redoubt (fort) which was declared a National Monument in 1968 and which has been upgraded.

“However, over the years, the park has not been used optimally. Some upgrades have been done to the heritage resources, swimming pool and fencing, but the new emphasis is on integrating the entire park which will encourage a sense of community ownership and increased use of the park by law-abiding local residents and the community as a whole.”

“The city has followed an organised and inclusive approach with local residents and business to see how we can make our vision for this historic park happen. A vision plan was therefore drawn up, a safety and security framework has been developed, and the process of establishing a trust fund to manage private sector donations has begun.

“This is an important year for the residents of District Six especially and our hope is that this public space can be changed into a community- and family-friendly space for the park’s neighbouring communities,” said Cape Town’s Mayoral Committee Member for Energy, Environmental and Spatial Planning, Councillor Johan van der Merwe.

The focus of the IMF is not only on conservation. The character of each precinct within the park clearly dictates a unique approach for each precinct. The focus will therefore be an integrated management approach to aid conservation, to encourage a greater use of open space, and to drive new development and landscaped areas.

The most southern part of the park, south of Nelson Mandela Boulevard, also presents new opportunities within the District Six community for open space uses in conjunction with the local communities.

Once the plan is adopted by the community and the subcouncil, the City will start with the phased planning of various upgrade projects. The timeframe for this process is not clear yet. The goal is to have an integrated approach where the City Parks, Transport for Cape Town, Safety and Security, and Sport, Recreation and Amenities and other City role players work and plan with the community.

“Success will only be achieved if we all work together towards the same goal,” said Councillor Van der Merwe.

Adapted from press release and found on source