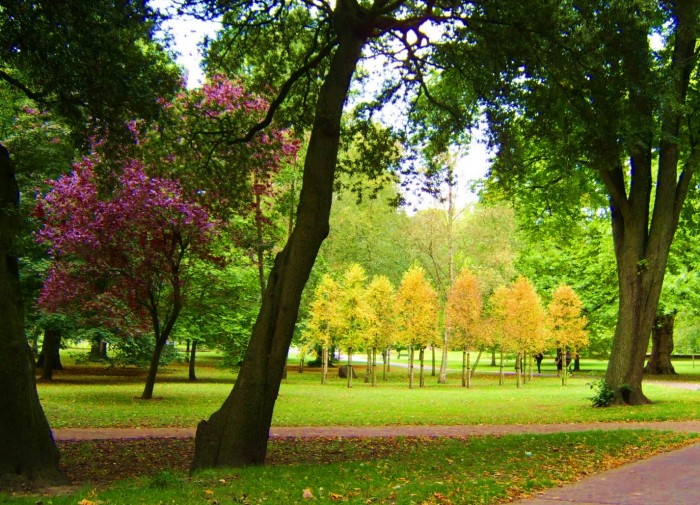 A park specially designed to accommodate those with impaired vision – the first of its kind in Cape Town.

The City of Cape Town has recently unveiled plans to construct its first outdoor park for the blind in the suburb of Bellville, South Africa. Set to take shape within walking distance of the Athlone School for the Blind, the park’s design will include special features like a scented garden and acoustic wayfinding, which will assist children with limited vision or no sight at all to orientate themselves in this outdoor space.

According to a press statement released by the City, the park will be fitted with universal access – dropped kerbs and tactile paving – along both roads, making it easier for those with limited eyesight to enter the grounds in Beroma in Bellville.

The park will cost the City around R1.1 million and is slated for completion by July this year. According to Councillor Brett Herron, the Mayoral Committee Member: Transport for Cape Town,  the park’s features were decided following multiple engagements with the Athlone School for the Blind and a mobility expert who gave insight into how those with limited eyesight “read” public spaces.

“The most obvious place to start is to divide the park into eight smaller areas which will make it easier for those with limited sight to orientate themselves,” explains Herron. “To assist with navigation, we will create a scented garden with indigenous plants such as lavender, wild garlic and rosemary. Low-seating walls, cutting across the park, will assist with acoustic way-finding. The echoes will enable one to determine their location through hearing as the sound of feet and walking sticks will reverberate off the walls.”

Those with impaired eyesight will also be able to “read” the stories on an extensive relief mural by following the mosaic and tactile art with their fingers. A goal ball court, enclosed with a fence and seating walls, is being built in the north-eastern corner of the park for a game played by blind people in particular. This court can, however, also be used for other activities. Opposite the games court is space for grass and trees for picnics and informal games.

The design includes a variety of paving materials, each leading to a different play area. A path of special tactile pavers will connect the Athlone School for the Blind with the park.

“I am looking forward to the day when the park will be officially opened to the local community and to having the visually impaired children interact with other children in the same space,” added Herron.