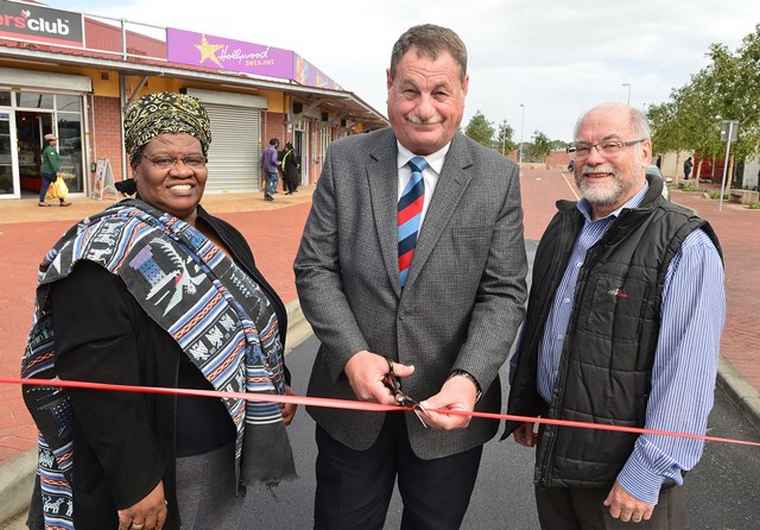 The City of Cape Town has completed its upgrade of the Langa Station South public open space at a cost of more than R10,5 million. This project forms part of the City’s commitment to investing in historically under-invested areas.

The upgrade of the Langa Station has entailed the construction of new side-walks and the improvement of existing side-walks for safe pedestrian movement.

Aside from the general landscaping aspect of this project, the existing informal trading spaces have also been upgraded to improve the business environment for the informal traders.

New public seating and lighting have been landscaped and installed and a new asphalted public parking area adjacent to Brinton Street has been constructed.

This upgrade has involved many city directorates, including the Spatial Planning and Urban Design Department, the Transport for Cape Town Directorate, and the City Parks and Economic Development Departments.

‘This forms part of our city-wide efforts to create innovative and inclusive community- and commuter-friendly spaces.

‘We also thank the residents of Langa for their support and in particular the Project Steering Committee.

Without all of the stakeholders working together, we would not have been able to complete this project timeously and successfully,’ said Councillor Johan Van der Merwe who was present during the ribbon cutting.

Over the past decade, the City has focused considerable attention on public space upgrades and other projects in Langa.