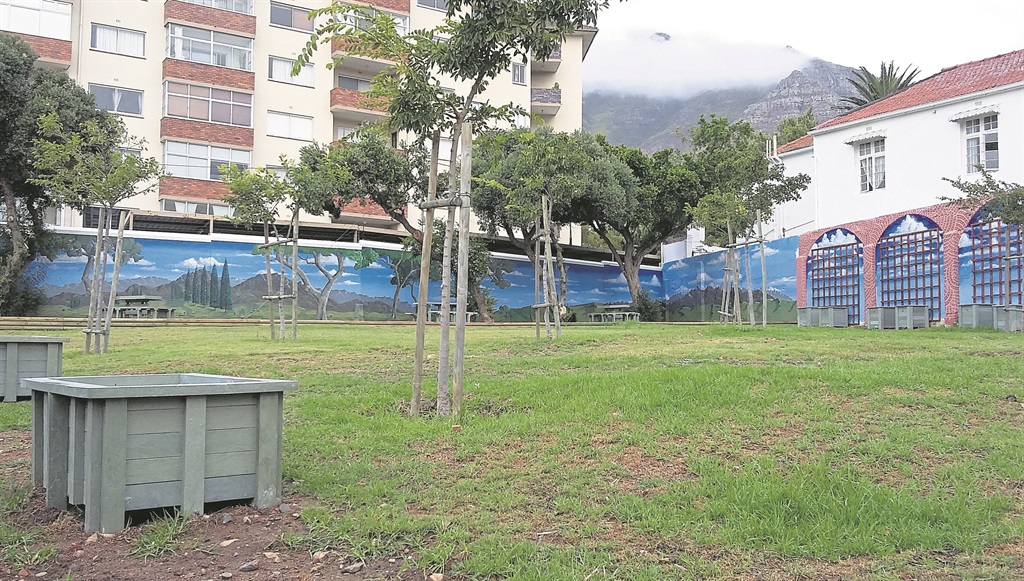 The park, on a piece of unused public space on the corner of Mill Street and Virginia Avenue, is expected to boost safety in the area and link the Mill Street skate park. The area was being used for antisocial activities and with the skate park located next door, it was thought prudent to create a small play park for younger children, Bryant says (“Vredehoek gets new park”,People’s Post, 29 August 2015).

Improvements include new fencing and planting, as well as benches and picnic tables. The walls have been decorated with murals and bougainvilleas have been planted with trellises.

“The new park is funded via ward allocation funding following on from a site visit I conducted with the neighbourhood watch and residents a year and a half ago. Over the past four years the City has completely rejuvenated the area around Mill Street Bridge taking it from a problematic dead space to a safe and vibrant urban node,” he says.

Lockable gates have been installed to ensure safety. “The park will be opened and closed during specific hours as a safety measure. The skate park across the road has been extremely popular since it was launched in 2014 and Virginia Avenue Park will help complement this space by providing a secure green play and picnic area.”

There are also plans to establish a friends group to help manage the park, says Bryant

“We are appealing to residents who would like to be involved in a friends group for Virginia Avenue Park to contact the City’s parks department,” he says.