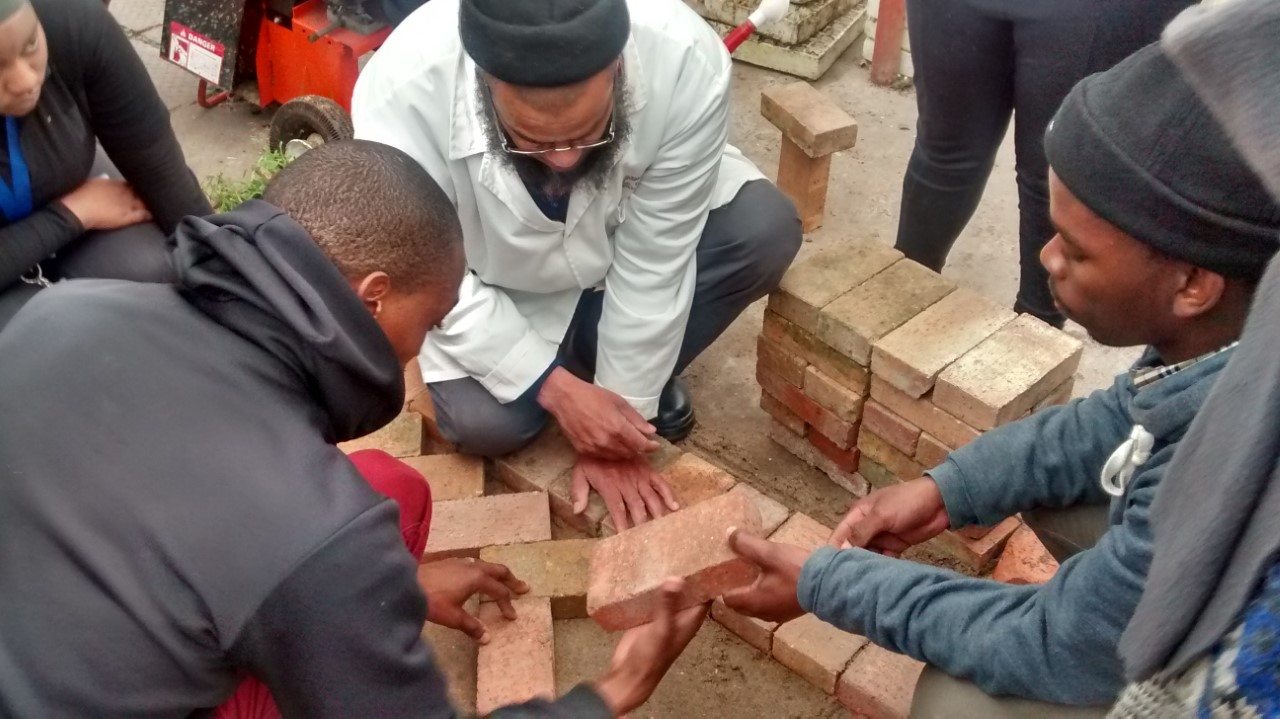 Corobrik partnered with the Cape Peninsular University of Technology (CPUT) for the third time in the highly beneficial CPUT-Corobrik Construction Week which ran at the end of  2015.

During this educational programme, some 80 landscape technology students, from foundation level through to second-year, participate in specialised construction lectures, workshops and demonstrations, finishing off with a hands-on landscaping project.

This worthwhile partnership developed in 2013 when Corobrik assisted CPUT by delivering lectures for architecture students, after which they were approached for the donation of building materials.

“After meeting with the university we agreed to, not only donate building materials, but get involved in the training as well,” explained Christie van Niekerk, Corobrik manager for the Western Cape. “We feel it is absolutely vital for students to get some real-world experience and, through this programme, they are afforded the opportunity to interact with manufacturers, industry members and professional bodies at the workshop, after which they put this new-found knowledge to practical use.”

Construction Week was held at the CPUT nursery on the Bellville Campus where students were treated to a series of lectures on paving techniques, all facilitated by Corobrik representatives. Corobrik’s training co-ordinator, Ismail Rothman, compiled lectures while Corobrik’s architectural representatives, Werner Oelofse and Siyanda Mapekula, assisted with organising and lecturing.

Corobrik donated 3 500 units of Meadow Paver PB as well as 3 600 units of 50mm Constantia Paver PB for the paving practical. To complete the project, students worked in groups to design the paving, always in consultation with the lecturers.

“In addition to helping develop students through this hands-on training experience, we want this project to also benefit the rest of the CPUT students while enhancing the urban environment of the university with our natural clay pavers,” explained Van Niekerk.

To this end, a very particular site was chosen for the paving project. OLYMUA is a student non-profit organisation based at CPUT which established a successful vegetable-growing pilot project in the courtyard of the Matthew Goniwe 2 residence on the Bellville campus. The aims of OLYMUA include promoting healthy eating habits while alleviating students’ financial constraints by growing healthy, organic vegetables for its students.

In an effort to contribute to this initiative, students participating in the Corobrik-CPUT Construction Week were tasked with designing and installing the hard landscaping framework, including paths and raised planter beds, for the vegetable garden. Initially the students worked a full week on site followed by a successive five Monday afternoons until completion.

“Corobrik is so pleased to be a part of this fantastic initiative,” continued Van Niekerk. “There is such a need for continued skills and developmental training, even among professionals. Construction Week allows for interaction with experts in the field as well as skills training between students in different years.

“The end result really goes to show that a lot has been gained during the week and students will be able to enjoy this space for years to come.”

“It is a privilege for CPUT to be in partnership with Corobrik. This intervention has provided students with exciting and unique practical learning opportunities. Without Corobrik’s generous contribution we would not be able to expose students to hard landscaping construction at this scale. Ultimately the Corobrik-CPUT Construction Week has far-reaching effects as students are empowered in terms of skills for future work environments as well as contributing to the community.”