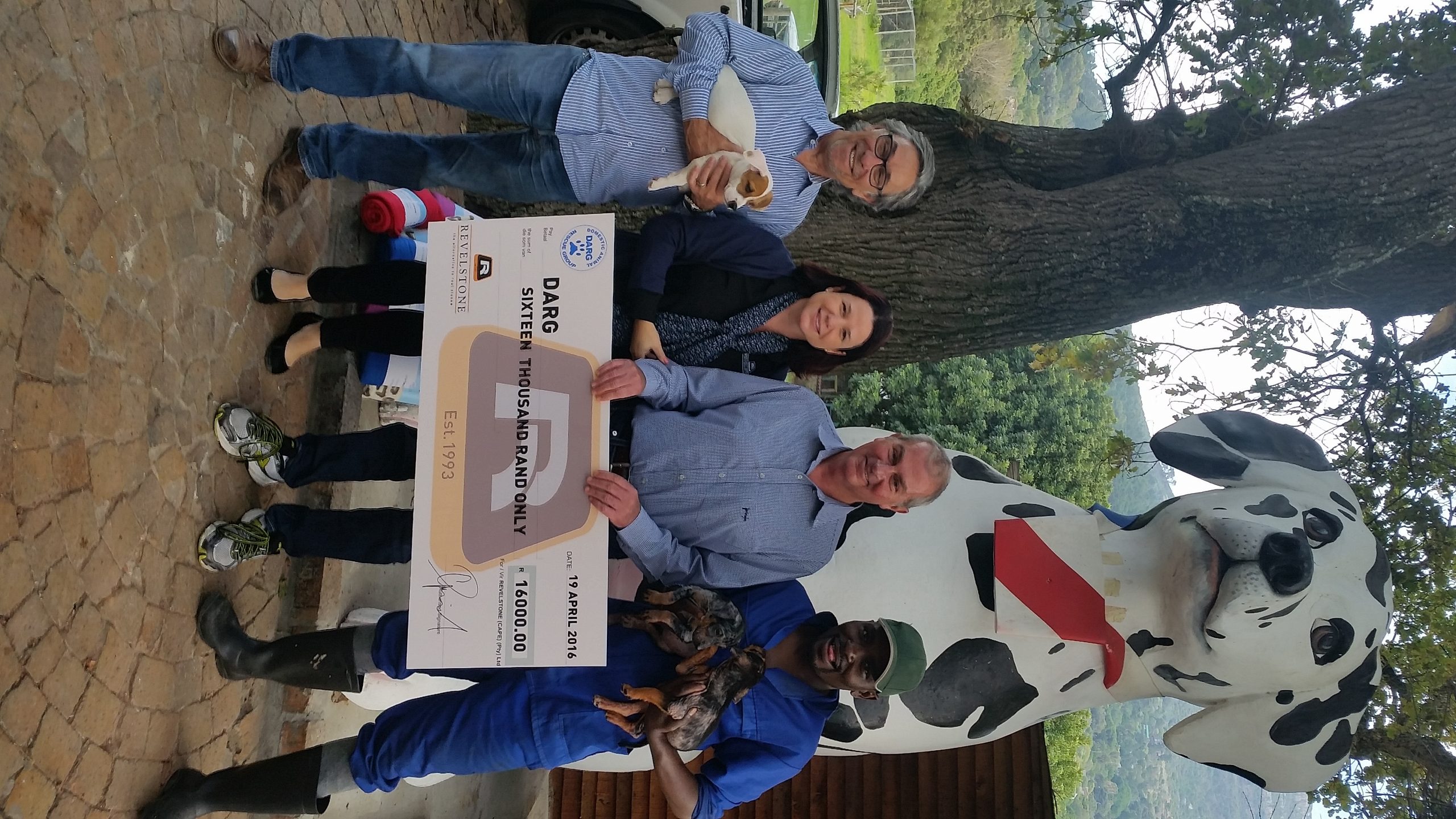 Cape Town, 19 April 2016 – Revelstone, manufactures of cast-stone products, raised a grand ‘pawsome’ total of R16 000 for DARG (Domestic Animal Rescue Group). The fundraiser was held over a period of six weeks – 1 March to 5 April 2016. The company manufactured and donated 320 delightful art concrete bunnies for the fundraising drive. The bunnies were sold for R50 each and the target was reached within the six-week period.

Andrew Cyprianos, CEO and founder of Revelstone, says: “We were overwhelmed with the response we got from our clients and the general public. We would like to thank all those who contributed towards this fantastic fundraiser. It has been a huge success.”

The funds raised will go towards assisting DARG with the re-homing, sterilisation and rescuing of abandoned cats and dogs in the Western Cape.