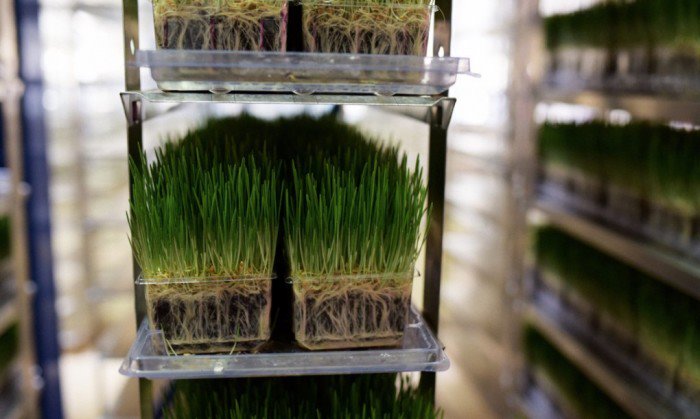 Urban Farming is an indoor farming system designed to address a growing global population and food crisis. The company has recently licensed its patented vertical farming technology, which is said to have numerous advantages over traditional farming methods and can produce 16 acres of organic greens on just 1/8 acres (5 445 square feet) of land.

The agriculture industry is partly responsible for the depletion of important natural resources at a global scale, using 70 per cent of the world’s dwindling fresh water supply. Now that farms everywhere are suffering under some of the most extreme drought conditions ever recorded, alternative and sustainable farming methods like Urban Produce are needed to change the way we farm and where we farm.

The Urban Produce system optimises space and energy by stacking its produce vertically in a controlled environment that is not impacted by seasonal changes. This means that the farming system can produce food all year round. It also produces food below or above the ground using natural or artificial lighting. The controlled environment also uses 80 per cent less fertiliser and 90 per cent less water than traditional farming.

One of the major benefits of the system is that it can be installed anywhere, in empty urban lots, on rooftops, in refugee or disaster relief camps, or even on ships. Urban Produce is able to localise farming so that consumers receive fresh produce, and distribution costs and subsequent carbon emissions are lowered. Apart from these advantages, Urban Produce claims that one vertical growing unit alone can produce one million pounds of food annually.