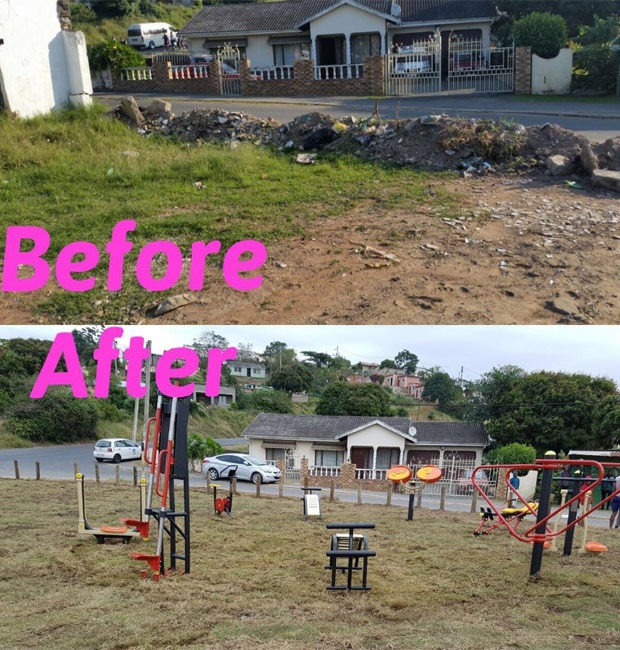 Durban – A group of Durban women have made it their business to clean up several illegal dumping sites in their city out of a simple desire to make a difference – and without expecting payment.

“The ladies approached us while we were talking about the need to make Durban greener,” eThekwini parks, recreation and gardens head Thembinkosi Ngcobo said on Tuesday.

“We wanted to give these ladies some support. We did not offer them pay, but we did have a few resources we could spare for the project.”

Feeling good about your neighbourhood

Ngcobo said he and the volunteers set themselves the goal of cleaning up one site per day.

They wanted people to come home after work and feel good about where they lived.

“We found that especially in townships, there was a lot of litter and dirt.”

They cleaned up sites in areas like Verulam, Inanda, KwaMashu, Intuzuma, Umlazi, Chatsworth, and Clermont.

“We want to educate our people and also make them see the potential of their homes. We realised some of these illegal dumpsites were in these areas since the 1990s. The greener we make these places, the more it can attract tourists.

“We hope people can see how unique their own way of living is. The greenery makes it even feel more homely and safe.”

Ngcobo said many of the sites stank and some were health hazards. Up to 90 truckloads of dirt were removed.

“In some instances, we did not even realise houses were behind the dumpsites. We found rats as well and lots of odd objects.”

When the volunteers were hard at work cleaning, residents would come to lend a hand while some businesspeople would bring food for the clean-up crew.

“One young boy in Cato Manor told us he could not believe it was his neighbourhood. There is that feeling of powerlessness at times. We wanted to show people they can do something,” Ngcobo said.

He said the boy told him they would stop people from polluting the area again.

“We hope the people see the value in something like this. If everyone owns the project no one will destroy it.”

Although it did not have a budget to pay people, the municipality was open to providing help to those passionate about making a difference.

Volunteer Cindy Cele, 34, from Clermont, said she and her colleagues took part in the project to make a positive contribution to their community.

“Do something positive to help and do it for your people. Don’t expect anything. We just wanted to make our mark in our society.”