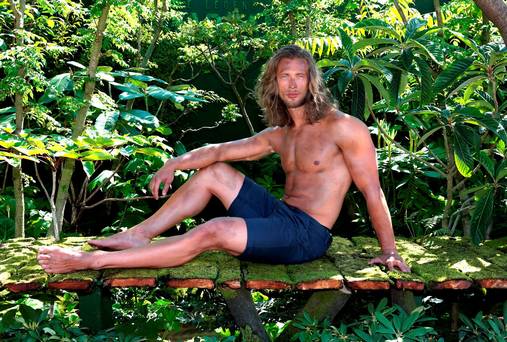 A garden inspired by jungle-dweller Tarzan has won the gold prize at this year’s Bloom in the Park festival.

The garden, which was designed and executed by Liat and Oliver Schurmann ahead of the release of The Legend of Tarzan later this summer, was deemed worthy of the top prize for bringing the feel of the African jungle to Dublin’s Phoenix Park.

The garden was canopied with thick foliage and a sparkling water feature, which aimed to reflect Tarzan’s environment in the African wilderness.

The jungle hero was even flown in for the occasion and posed in the garden at yesterday’s media preview.

Bordbia’s annual festival celebrates its tenth year, and the evolution of plants, the Easter Rising and a Chilean wine paradise are some of the themes among 23 show gardens this weekend.

Mike Neary, Horticulture Manager at Bord Bia, said there is plenty for all to enjoy.

“Bloom 2016 is our tenth year, it’s hard to believe,” he told independent.ie.

“Since the show started in 2007 we’ve had 700,000 people come through our gates, so we’re looking forward to another large crowd this year.

“A lot of people come for the jewel in the crown of the show, which is the show gardens, we’ve got 23 fantastic show gardens this year.”

“As well as planet and gardens of course the food element at Bloom is very strong.”