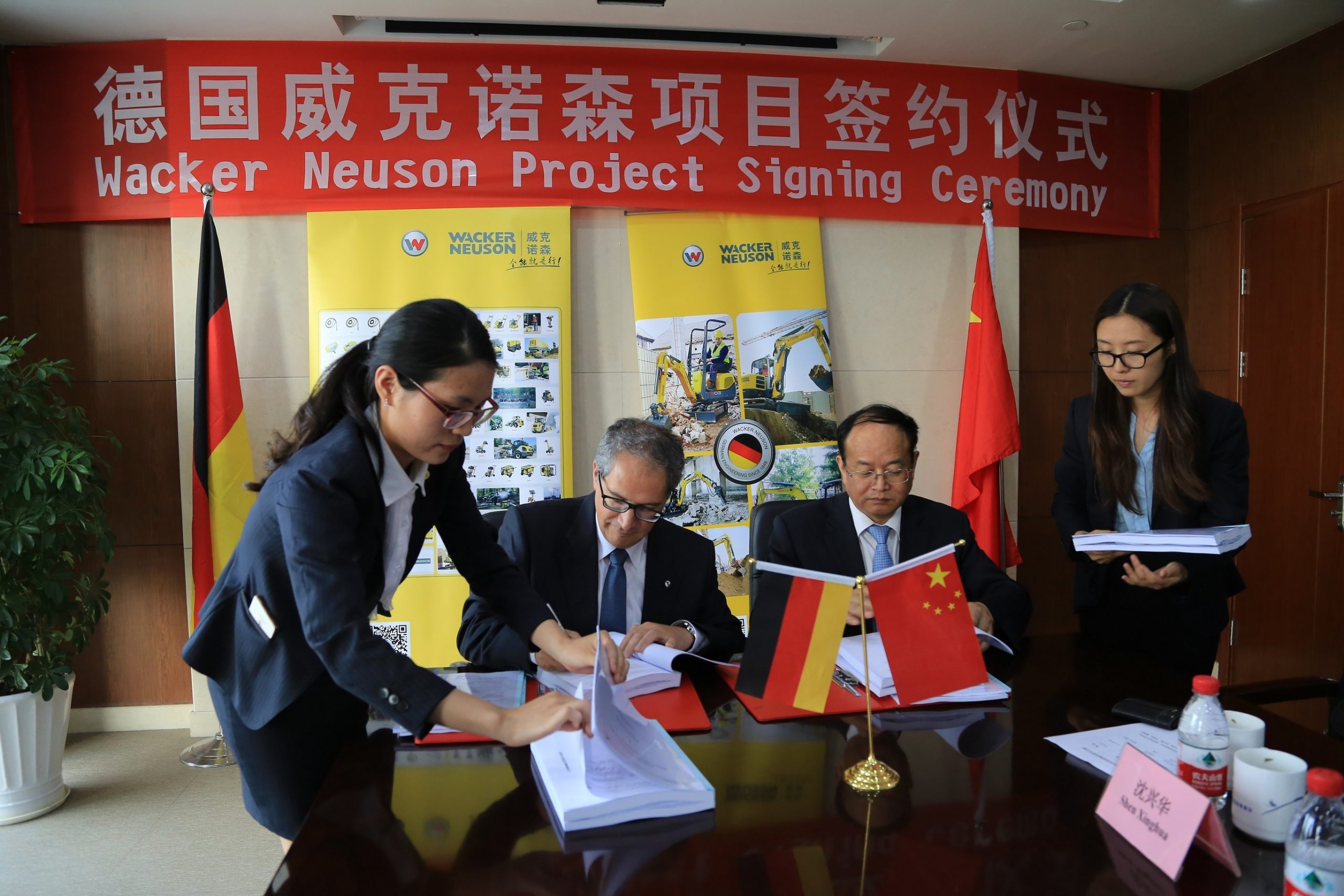 The Wacker Neuson Group is planning to open a new plant near Shanghai in China. Initially compact excavators will be produced for the local market, further products will follow. It is planned that the first compact excavator should roll off the production line at the beginning of 2018.

Wacker Neuson further extends its production capabilities in Asia and strengthens its local presence in China with the construction of a new production plant in Pinghu about 30 km from Shanghai. Cem Peksaglam, the chief executive officer of Wacker Neuson SE signed the corresponding contracts on site.

The decision arose from an extensive search for a location. “We have finally decided for the Pinghu location in Zhejiang Province, which best fulfills our requirements and the support of the local authorities is outstanding”, according to Cem Peksaglam. “We are continuing our strategy of internationalisation with this step. In the largest construction machine market in the world we underline our commitment towards our Chinese customers and trading partners”, Peksaglam further stated. The strategically favorable position between the cities of Shanghai and Hangzhou as well as a good infrastructure are key advantages of the new location. Manufacturing facilities, research and development, quality management, logistics, service and training will be located on approximately 135,000 m² of ground with approximately 30,000 m² of building space. Construction is planned to start in the fall of 2016, with completion slated by the end of 2017. Initially the Chinese and later the Asian markets will be served with products tailored to the local requirements.

The Wacker Neuson Group has sold construction equipment in China for over 20 years. The product portfolio for the Chinese market was extended in 2015 to include compact equipment. An increasing need for improved infrastructure, the extension and modernization of the road and rail network while trending towards more efficient and environmentally friendly compact construction equipment offers attractive growth opportunities for the Wacker Neuson Group. A stronger presence in the country, including R&D and production will lay the groundwork to be part of the future growth and improvements in the Asia-Pacific region.