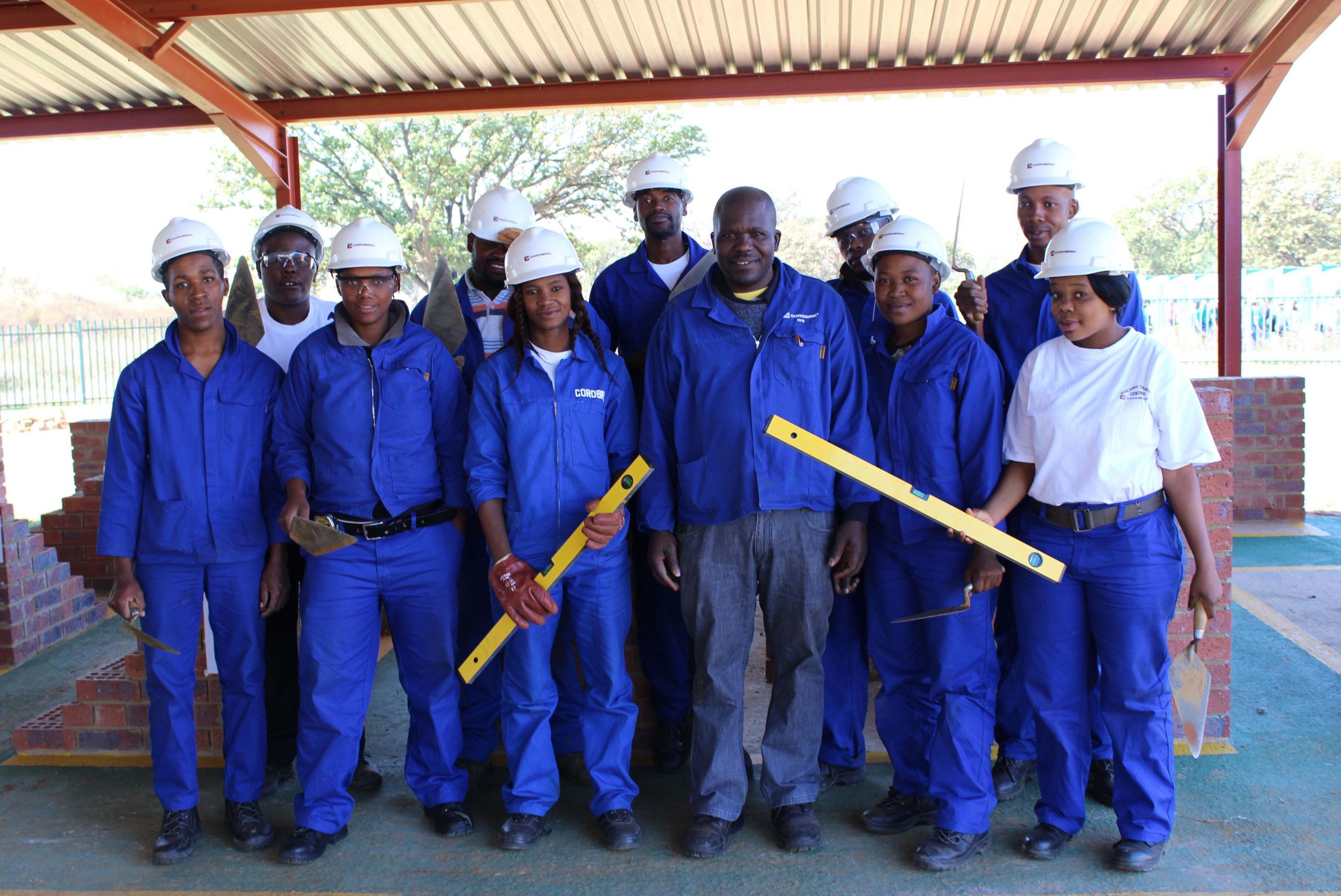 Corobrik has opened a new bricklaying training centre at its Lawley factory in Gauteng which is one of three countrywide that provides opportunities for unskilled South Africans to acquire the fundamental expertise they need to secure work in the building industry.

More than 2000 people have already graduated from the company’s training schools in Durban and Cape Town, and at their former Midrand facility.

‘Skills development remains a key priority in South Africa and Corobrik is committed to playing a meaningful role in this process,’ says Berkley Petty, Human Resources Development Manager for the brick manufacturer which has been in operation for more than a century.

‘Corobrik’s three building training centres are designed to provide unskilled workers in both the public and private sectors with recognised qualifications in bricklaying, blocklaying and segmental paving disciplines, providing fundamental skills to the construction industry.’

A number of major construction companies as well as the Department of Public Works and Transport have enrolled learners on Corobrik’s bricklayer training programmes.

The progress and skills levels of each student are monitored and recorded – during both their theoretical and practical training. Those with strong technical aptitudes and those that show initiative are encouraged to go further with their training.

‘Once they have completed the courses, the learners are in a better position to find gainful employment with government or construction companies and many have gone on to establish their own enterprises,’ Petty said.

The Corobrik Bricklaying Centres are not run on a profit basis but rather to cover costs so as to help make the training affordable to the learners.

According to Petty, it is all about helping people attain the skills they need to earn a living. This is in line with government’s appeal for business, labour and communities to work together to help meet the New Growth Path objective of creating five million jobs by 2020 and reducing the unemployment rate to 15 per cent.’

‘The building training centres are also an integral element of Corobrik’s multi-faceted Broad Based Black Economic Empowerment initiatives to help lay the foundation for a prosperous future for South Africa.’

The Durban training centre is situated at Corobrik’s Avoca factory, the Cape Town facility recently moved to a site adjacent to the company’s modern new Lansdowne centre in Springfield and the Gauteng school has moved from Midrand to Lawley which it was felt would be more accessible to the learners.

Caption 0223:  The interior of the new Corobrik bricklaying training centre at the Lawley factory.  Examples of various types of bricklaying are available for trainees to study.