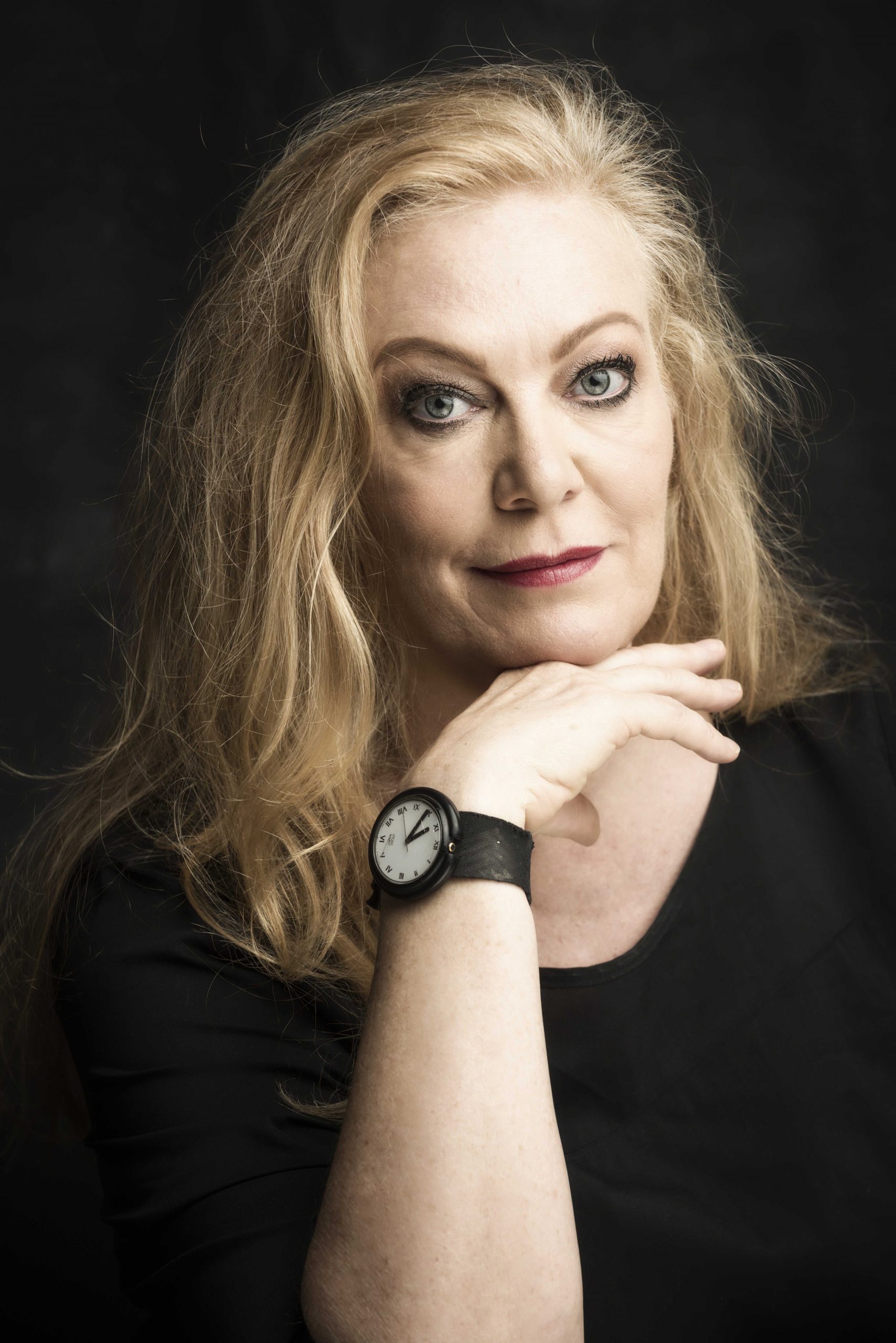 Four talented women are among architects from across the country to enter their designs in the 2015/16 Corobrik-SAIA Awards of Excellence and Merit which will be presented at a gala dinner at Shine Studios in Braamfontein on 2nd September.

A record 66 entries were received for these prestigious awards which have been bestowed every two years by Corobrik and the South African Institute for Architects (SAIA) for the past 26 years.

The four women, along with the other competitors, stand to win Awards of Excellence, which represent the highest accolade that can be bestowed on a building in South Africa, Awards of Merit conferred for a significant architectural achievement or special commendations for notable design.

The awards operate on a two-year system in which SAIA members from all of the institute’s regions are eligible to enter their best architectural work.  Regional awards are presented in the first year of the cycle and national awards in the second year.

Obert Chakarisa, CEO of SAIA, said that each of the 66 entries had already won an award in the regional events and, as such, was in the top design echelons in the country.

He went on to say that it was heartening to see the growing impact that women were making in the architectural profession.

“A mere 21.54% of our members are women, of which 19.46% are professional architects bearing the acronym PR Arch,” he said. “Encouragingly we are seeing increasing numbers of women in our Candidate Architect in Training category, currently 42 %, which bodes well for the future.”

“There is no doubt that women bring a unique perspective to architectural design and that they are involved in a significant proportion of the world class designs that are being produced in South Africa. We value their mounting contribution to the industry.”

Karlien Thomashoff of Thomashoff + partner Architects, was appointed to design “The Last Glass House”, situated on the rocky outcrop of Westcliff Ridge in Parktown, for a client who is a photographer and qualified architect, although not practising.

Professor Paul Kotze of Wits University, wrote that the house was light, transparent, nearly ephemeral and constructed mostly by means of dry construction which was homage to the mining and industrial vernacular of Johannesburg.

“Thomashoff + partner Architects have been very innovative and consistent in their foray into this manner of making architecture,” he said. “When the architects and their client entered into this tradition of making domestic space, they have entered a realm of many world famous and epoch defining architectural examples.  The collective feeling is that they have made a worthy contribution, both locally and (possibly) internationally, to this tradition.”

Karlien Thomashoff, who was the lead designer on the project, qualified with distinction as an architect in 1992 at the University of Pretoria and went on to do post-graduate in-service training at an architectural studio specialising in the corporate sector in Düsseldorf, Germany. She worked at several local firms before registering as a professional architect in 1998.

Since 2005, Thomashoff has been a director of three Pretoria-based companies, operating as a design specialist in projects ranging from product design to master planning, refurbishments, furniture design, retail interiors, fabric design, sports facilities and restoration. She has won or been a finalist in numerous awards locally and abroad as a key member of the design project teams. She has also been a judge for several notable competitions, has lectured part-time and acts as external examiner to design studios at four South African universities. She has authored articles in trade publications on subjects such as historic preservation, technical innovation and design critique.

Tina Gallagher was significantly involved in the design of the R37 million Hermanus Community Day Centre in Zwelihle, Hermanus by Gallagher Lourens Architects in Cape Town, which was completed in 2014.

Gallagher has acquired 20 years of practice experience as a director or senior architect since completing her architectural degree at the University of Cape Town in 1994. Fluent in English, Afrikaans and German, she has travelled extensively in Europe and worked at leading practices in London and Stuttgart. She has been involved in the design of schools, shopping centres and stadia, as well as civic, commercial and residential projects. One of the key projects she has worked on is the R105 million Transnet ME Building Rehabilitation and Precinct Plan which began in 2012 and is ongoing.

Gallagher has been an external thesis examiner for Cape Peninsula University of Technology and won an award for Design Excellence for the City of Cape Town, Civic Centre Council Chamber and offices.

“I strive towards creating contemporary architectural solutions and my commercial buildings demonstrate a strong technological bias,” she said.

Professor Kotze said that the infinite care taken by Gallagher Lourens in the design of the Hermanus Community Day Centre was evident from the start, from the design of the brochure and other documents prepared for the adjudicating process to the smallest details of the completed building. Commissioned by the Western Cape Provincial Government’s Transport & Public Works Department, it replaces three existing small clinics with the aim of offering a more comprehensive range of primary health care services.

“The architect’s careful design of the street edge, and the profile and the scale of the building, immediately creates a sense of civic dignity and ‘place’ in the area,” he said.  “It is simply not just another soulless building that one would pass in the street without noticing.  The urban and architectural design immediately creates a sense of civic pride and human dignity.”

“In many ways, the manner in which the architects have solved the functional requirements and how they have dealt with the macro and micro context are exemplary.  It is an example that should act as a benchmark for all similar buildings in South Africa.”

Kate Otten of Kate Otten Architects in Johannesburg is one of South Africa’s most recognized architects, known for being architect of “place”.  Her buildings are born out of the South African context, weaving together materials, skills, politics, light, and landscape to create places that feed and nurture the human spirit.

Otten believes that buildings have an emotional presence. “Fulfilling the emotional and spiritual needs of the users is as important as creating a functional space,” she said.

Her design of the University of the Witwatersrand Rural Campus in Bushbuckridge, Limpopo ensures that the built forms are generously connected to nature, at the same time avoiding all established architectural clichés of ‘bush architecture’.

Prof Kotze said that the new buildings had a beautiful and inspired simplicity about them.  “The structure and building forms are confined to a few elements constantly repeated in surprising and thoughtful ways.  This language manages to create, in a subtle manner, orientation and a memorable place without ever feeling the need to ‘hit the drum’ too loudly.”

“The majority of the buildings is only one room deep to enable natural ventilation.  These buildings, in turn are connected by wide walkways that create shade as well as space for social interaction.  There is something lyrical about these walkways in the way that they connect built elements and how they avoid and celebrate natural elements like trees.”

“The new buildings and these walkways have created a dynamic quality of shifting planes, framed views and the celebration of light that is far removed from the static and rather predictable quality of the old buildings of the Wits Rural Facility,” he said.

Otten graduated with 100% for design from the University of the Witwatersrand in Johannesburg and worked for a year before setting up her own practice in 1989.  Kate Otten Architects has subsequently developed into a singular practice with a varied body of work, including important public buildings and places of memory.

Seeking to bring a contemporary African sensibility and phenomenological approach to the architectural landscape in South Africa, she often acts as an important counterweight to the dominant aspirational ‘Western’ aesthetic.  Her work has been widely published and has won numerous awards both locally and internationally.  She is passionate about promoting the contribution of women to the profession.

Tanzeem Razak, director and founding partner of Lemon Pebble Architects in Johannesburg, is a passionate advocate for spatial transformation in South African cities and her focus is on design in areas of limited resources.

Her love of cities, and Johannesburg in particular, is evident in her design of House Nicolas in Richmond in association with Noero Architects.

According to Professor Kotze, the house distinguishes itself in that it is beautifully detailed and equally carefully built. The upper level, built on top of the existing four-roomed mine worker’s house, retains the original footprint and has been designed with great sympathy to the older section.

“The second storey capitalises on the magnificent view over Braamfontein and Hillbrow – theatre at its best. The upper floor – the piano nobele – is all about a more public life on a grander scale.  This is a space to show an extensive collection of Coca Cola memorabilia, to share social interaction with friends, to look at a framed view and to be seen from afar. The intimate and more private part of the house is hidden behind the perimeter walling.”

At Lemon Pebble, Razak heads a creative team that works on creating public buildings and housing within the post-apartheid urban context that seeks to critically uncover and make explicit hidden narratives. Social regeneration remains the underlining theme of her writing and built work.

“I love cities – especially Johannesburg,” says Razak. “The vibe, the energy of the people and their resourcefulness inspires me. Social injustice concerns me and I am passionate about architecture and its ability to make a tangible difference in people’s lives, to spatially transform our environment.”

“I love to travel and have lived and studied aboard which helps me keep a global perspective. But ultimately, I am a passionate about South Africa and love to engage with creative people around me.”

The awards dinner will be attended by members of SAIA and dignitaries as well as the judging panel which this year was made up of Kevin Bingham, awards convenor, SAIA vice president and a director of FGG Architects in Durban; sponsor representative Musa Shangase, who is commercial director of Corobrik; Mokena Makeka, who is founder and principal architect at Makeka Design Lab in Cape Town; Prof Paul Kotze, who is professor of Wits University’s School of Architecture and Planning; and eminent layperson Sumien Brink, who is editor of VISI magazine in Johannesburg.