Why landscape architects are the urban designers of tomorrow 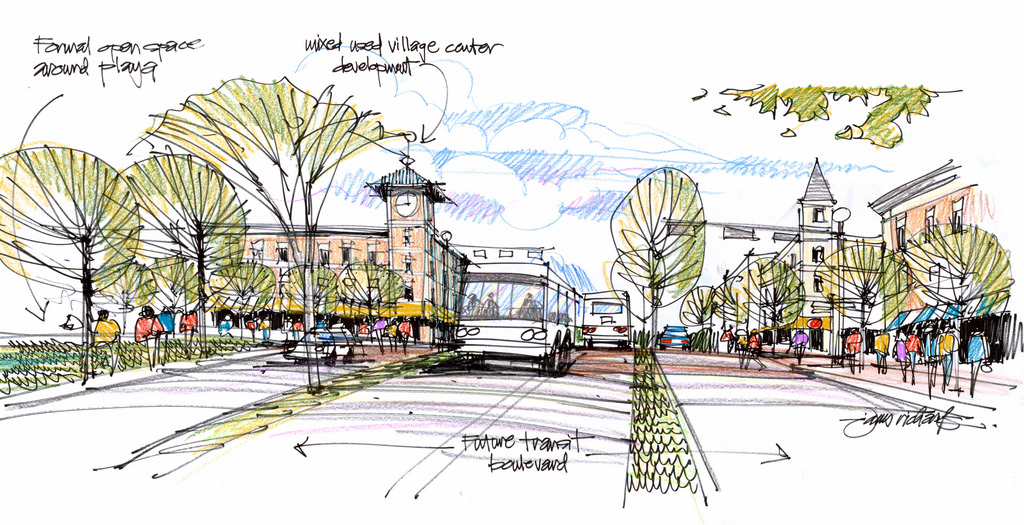 For landscape architects, the ground has shifted in serious ways over the last few decades. Earlier this summer in Philadelphia, at a mid-June summit organized by the Landscape Architecture Foundation, members of the profession looked back at the changes the last half-century has brought to their profession. It quickly became clear the surface-level public perception of the job, usually limited to designing parks, wasn’t nearly broad enough. Landscape architects have widened their perspectives and professional reach to take on more than merely the landscape: increasingly, the city, urban populations, and the environment at large are the purview of this evolving profession.

Amid the varying declarations heard at the event, The New Landscape Declaration: A Summit on Landscape Architecture and the Future, Henri Bava, a principal of Agence Ter, summed up the widening scope of the occupation. While describing his firm’s winning blueprint for redeveloping L.A.’s Pershing Square, he hit upon a metaphor for the open-ended nature of the job

“This project isn’t a masterpiece, it’s a canvas,” he said. “But it’s a masterful canvas.”

If we view the city as a canvas, then landscape architects are increasingly called in to be the decorators hired to meet the demands of a very tough client. Parks and green space, beyond their environmental benefits, are seen as ways to tie together disparate neighborhoods, fuel further development, mitigate discrimination, and serve as a symbol to the creative class that a city is modern, progressive and livable. In concert with urban planners and others, landscape architects are increasingly making important contributions to the how our cities look and function.

Landscape architect James Corner, whose firm, James Corner Field Operations, helped designed the High Line in New York, noted in an interview that cities today strive to redefine themselves with grand park projects, and landscape architects, trained to be great organizers who understand complex ecosystems, are the ideal designers to figure out how to improve the complex ecosystem that is a modern city.

“On the one hand, it’s analytical and organizational, and on the other hand, you’re the poet craftsman,” he says. “But at the end of the day, you’re designing for people, not an art book. Cites at the root are economic machines. They’re looking to attract residents, tourists, and the creative classes. The believe that the economics of the future are ground in this class, and they’re working like hell to attract these businesses and these people, and give their city a hip identity with an edge.”

Corner noted that it’s increasingly important to create places that are true and authentic to themselves, and not bland recreations of other parks. During his speech, he said landscape architects should “embed beauty and pleasure in cities,” and that, if you truly love nature, you should be living downtown.”

Bava’s description of the Pershing Square project squared perfectly with the vision of landscape architecture as a solution to many of the city’s ills. His plan seeks to “re-dynamize downtown” with a redesign of a central park to include a night market, concert space, and open, flexible space. It’s about involving everyone, and getting beyond the idea of the park as a place owned by office workers during the day, and the homeless at night. The plan also fits in nicely with the high-profile rebirth of L.A.’s downtown, a shift a decade in the making.

At an event that asks attendees to think about the meaning of their jobs and bigger questions of process, collaboration, and diversity, it’s natural the focus would turn to responsibility and values, especially in relation to the environment. In order for the profession to avoid merely providing “environmental plumbing,” as Marc Treib, a professor at UC-Berkeley, quipped, and fulfill bigger a larger ecological and cultural mission, many spoke of increased awareness and action. Feng Han, a Chinese professor and leader of the cultural landscape commission, spoke of the importance of preserving historical sites, and Patricia O’Donnell, principal at Heritage Landscapes, discussed how preservation can be an engine for revitalization. Kate Orff, a principal at SCAPE, fought against strictly looking at design as a luxury project, and made the argument for urban ecological action.

“In the age of climate change, we are all landscape architects,” she said.

This event, which seeks to create consensus around a group declaration about the profession’s future, celebrated the 1966 Declaration of Concern, a manifesto delivered by a cadre of pioneering landscape architects which spoke of the rising awareness of man’s damaging effects on nature at the dawning of the environmental movement. “What is merely offensive or disturbing today threatens life itself tomorrow,” was one of the many prescient rallying cries found within the document, symbolically signed at Independence Hall. This was at a time when urban flight meant that few at the time considered revitalizing urban parks to be the big focus.

Today, those environmental threats are being felt everywhere, and speakers voiced their concern, discussing how the profession was bound to fight habitat loss, restore green space and wetlands, and do everything in its power to combat climate change. Martha Schwartz, whose sobering presentation laid out the cold hard facts of our climate dilemma, asked for collective action, political will, and warriors to stand up and make a difference.

While the nature of the profession suggests that Schwartz found a hospitable, supportive audience, it was also an audience that understood better than most the challenges inherent in meeting her call to arms. As our cities become more crowded, and parks and public spaces become more vital, the multidisciplinary balancing act required for this work becomes more and more complicated. Nature, in a sense, will be more and more engineered, with these designers asked to continually envision a new, and better, landscape, and a greener, more sustainable city.