How to think about soil 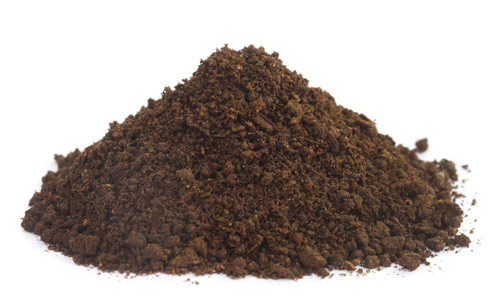 I don’t know why it is, but I’ve taken to waking up at about five every morning. I kiss my wife Emma on the head, creep downstairs from the loft of our apartment and spend the next hour or more watching Geoff Lawton videos from the PDC course. She knows I’m doing it. It’s nothing weird. But, for the most part, we don’t talk all that much about it. This morning, however, I was watching the soil section, and in probably the clearest way possible, I began to understand more about how to explain soil systems. Then, at breakfast, I wouldn’t shut up.

Obviously, I’ve not been unaware of the importance of healthy soils, and by happenstance, I’ve probably even managed to make a good deal of it. But, my technique has largely been based on adding a steady supply of organic carbon and nitrogen matter, mostly in the form of brown leaves, boxes and newspaper to layers of manure, household veggie scraps, and fresh cut greens. I stack them atop earth and begin building layers of soil, usually doing an initial cover crop of legumes that get chopped-and-dropped. I probably would have stopped to learn more before now had the system not worked—though slow—as well as it does.

But, this morning I learned a new way—very practical and familiar—of looking at soil. Firstly, Lawton explained the necessities of minerals beyond just NPK, using a wonderful analogy with the modern food system and its effects on people. Then, he explained pH balance, something I’ve never spent a lot of time addressing, save for avoiding certain things that have been reported to me as overly acidic. I knew somewhere between 6 and 7 on the pH scale was ideal, but I’ve never tested any soil I’ve ever worked with. Now I understand why I should. While not yet the soil expert I hope to be, I just felt this simple information cleared up a lot of things for me, so I thought it could help others in a similar spot.

Fertilizer has never been a feature for me. I’ve played a little with compost teas, scavenged manures, and built some fast-acting compost heaps, but that’s about the extent of it. The NPK initials are nothing new, and through various experiences, I’ve picked up on tricks like urine is loaded with nitrogen, as is green plant matter and manure (I recently learned that rabbit is particularly phenomenal). Bananas skins are great for potassium. I secretly ignored phosphorus, but have just quickly ascertained through the wonders of Google that bone meal, guano, and vermicompost are all viable ways to increase it. What I have always known is that, while these three elements are very important, so are the other nutrients, minor and trace elements.

My theory was that a healthy mix of organic matter, not too much imbalance of any one thing, would create sufficient amounts of nutrients. It’s basically the same idea I use for my own health: I eat a varied diet, based on much more than protein, carbohydrates, and fats, and trust that my overall wellbeing will be taken care of. For the most part, I think it works, and when Lawton explained soil health using the analogy of the modern food system, well, my resolve only grew more resolved.

He explained the importance of diverse soil minerals as similar to a healthy diet. It began with a typical fertilizer, which provided nitrogen, phosphorus, and potassium but left out other trace minerals. On this alone, plants can survive. In fact, as he relates it, NPK fertilizer is the equivalent to feeding plants processed food, high in calories from carbs, protein, and fats but lacking the other essential nutrients. The plants get very large (as humans do), appearing healthy, but they’ll actually lack the nutrient density of strong plants. As the fertilizer is continually added then watered into the ground, the plants must drink the liquid and become more and more obese. In essence, they are being force-fed. They may look plump, an ideal thing for marketing, but they lack the nutrient content of food from quality soils.

As a consequence, the overweight and undernourished plants become more susceptible to diseases and other problems. Since serious money has already gone into fertilizing, more is spent on medicating them with fungicides, pesticides, and herbicides, just as happens with the human body and prescription meds. But, the system, just as our current food system is doing, ultimately fails. The best way to insure healthy, vigorous plants, high in nutrient density rather than simply large and lacking, is create soils that are mineral-rich, including all the little things that they may survive without but not without a price. Sufficiency in soil minerals happens (or can be once more) through adding plenty of organic material, compost, and biodiversity.

• Great plants to help with this are nitrogen-fixing plants, which naturally fertilize the soil, and dynamic accumulators, which pull up nutrients from deep and add them to the surface as mulch.

Until today, I’ve just assumed, somewhat correctly, that adding organic material to soil would slowly bring it back towards balanced. That was my method, and I am probably patient and hardheaded enough to make it work. However, understanding exactly what the pH balance means in soil now, and how to adjust it, I can justify the time it takes to administer a test before beginning my work. Obviously, that is the more sensible thing to do, and Lawton even tells a couple yarns about times when he has assumed rather than tested, only to later find out—when plants started dying—he’d assumed incorrectly.

The reason, I would go on to learn, that the pH-balance matters so much, regardless of how abundant and diverse the soil minerals are, is that the level of acidity and alkalinity of the soil affects the availability of the nutrients. Lawton illustrates this by drawing a supermarket in which aisles are sectioned off as if the pH scale. As the pH balance on either side of the store grows too strong, many aisles of nutrients become unavailable to the plants. In reality, it’s the way alkalinity and acidity react chemically with the different elements. For example, nitrogen is most readily available when in pH 6-8, or phosphorus is only available to plants in pH 6-7.5.

Consequently, when plants have nutrient deficiencies, it isn’t always because there is a lack of whatever mineral in the soil, but rather the pH balance might be such that the mineral is no longer available for the plants to absorb it. Hence, independent of knowing that we’ve added plenty of organic matter, thus sufficient mineral content, to our soil, it is also imperative to check the balance, as anything swaying too far away from center will result in limited nutrient absorption. With a simple test, the whole mystery can be solved, and if necessary, simple pH adjustments can be made. Specific climates—humid for acidic, arid dry for alkaline—are also good indicators, though they are not 100% accurate, as was the case in Lawton’s follies.

To begin balancing overly acidic or overly alkaline soils, one only needs a couple of simple ingredients. Most compost will help to move both acidic and alkaline soils towards the center (Lawton also tells a story of an alkaline compost made with cow manure from a feedlot that had just been treated with lime, so it isn’t full proof). To raise the pH of acidic soil, one adds alkaline powders of lime or dolomite lime, which contains both magnesium and calcium. Sprinklings of wood ash will help with maintaining this. To lower the pH of alkaline soils, organic matter, which tends towards slight acidity, can help, and powdered sulfur is the other additive. Acidic mulches, such as pine needles, can move the meter a little as well.

The one rule I like to stick to is that of soil life. When I can look at the soil I’m working on and it’s teeming with insects and worms, I figure it’s doing well, and Lawton more or less verifies this notion. Worms won’t hang around in soil too far off of pH 7, and pH 5 will actually kill them. But, in essence, life, death, and decomposition is the crux to a healthy soil. It is all about carbon cycles. Organic carbon in the soil creates fertility as it breaks down, maintains sound structure for both sandy and clay soils, and also sequesters carbon from the atmosphere, helping with global warming.

The life (and death) in soils—expressed largely as different states of carbon—is actually what helps to maintain mineral richness, as well as continues the life cycles of new plants and animals, which feed off of the dead and decaying. The more life in the soil, the more activity, the quicker things will decompose and recycle back through the system, and the more plant-life will benefit from symbiotic relationships with microbes. Again, this can more or less be accomplished by adding plenty of organic material, biomass, to the soil, which adds nutrients as well as creates habitats and conditions for fungal, bacterial, and microbial life, not to mention insects and worms.

Encouraging the right kind of life is also possible. In simple terms, herbaceous plants, i.e. most vegetables, prefer a predominately bacterial soil, which can be accomplished by using a higher ratio of nitrogen to carbon. On the other hand, trees and woody plants prefer predominately fungal soils, created by having more carbon, which, Lawton notes, explains why sheet mulchingwith cardboard boxes around trees produces such great results. It’s the perfect situation for fungi to flourish. Ultimately, small adjustments to things like this can cause noticeable results.

In most respects, a healthy soil is easy to identify. It will make sense. Both plant and animal life will be diverse and rampant atop it, and life will be diverse and rampant beneath the surface as well. It will be full of organic carbon matter, which is keeping all of this life well fed on a healthy diet rather than forced feeding with fertilizers. The soil will be loose, moist, and dark. In other words, while it can be much more complex, a good garden doesn’t require a master’s in biochemistry. It just requires biomass and being tuned in with what’s going on in the ground in the most basic of ways. It was really nice to suddenly feel myself getting there mentally.

The oatmeal was good as well.