Easigrass zones in on safety at Baby Bright Stars 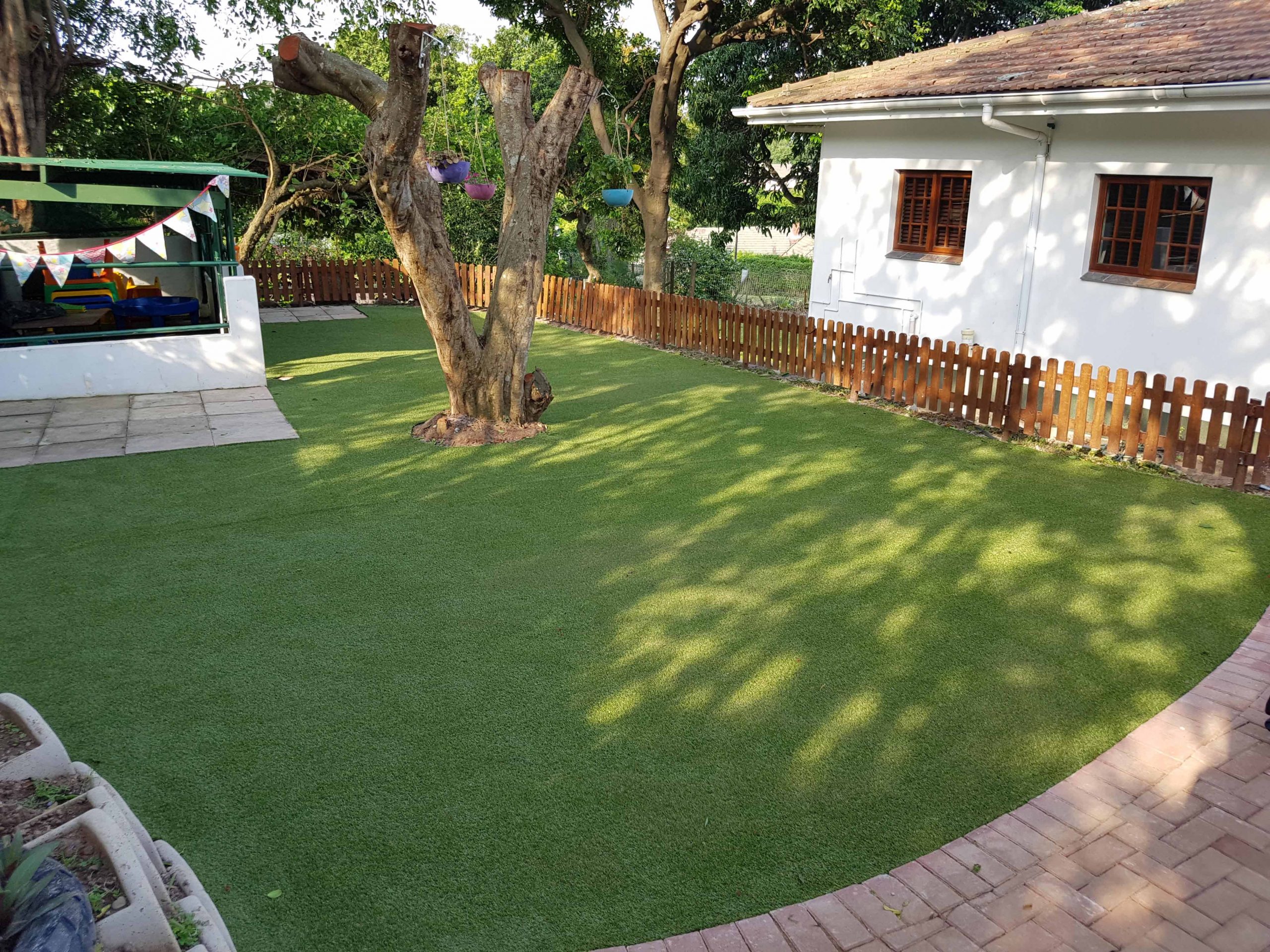 The children of Baby Bright Stars Nursery School in Westville were excited to find a new playground when they returned to school in January.

“Easigrass can turn a muddy or dusty patch of grass into a fun play area that is also ultra-safe and hygienic,” explains Tom Nell, the Durban Easigrass franchisee who recently completely transformed the play zone at the new Baby Bright Stars facility in Westville.

Owner of Baby Bright Stars, Kelly Kent, says that Nell and his team came to the rescue when tiny tots and their mothers couldn’t enjoy the outside play area as it became water logged when it rained and remained damp and muddy even on dry days.

Bay Bright Stars offers interactive mother and baby classes for littlies between the ages of two and 24 months. Activities centre on explorative and fun creative play that includes movement and exercise as well as outside play and craft activities in the play zone.

“Our client needed an environment where babies and toddlers could move and explore safely in a vibrant space. This project was based at their studio in Westville and needed to be ready for their opening day,” Nell points out.

Kent says that although she had consulted with other companies, Nell’s quick response and professionalism – he was on site within an hour and began preparing to install Easigrass the next day – was impressive.

Most importantly, he provided plenty of good advice, offering a number of different options to match her budget. “He was quick and professional. Now, it is such a beautiful space that combines artificial turf and neat paving,” she says.

Nell explains that he used Easi-Knightsbridge 20c for the play area.

He was presented with various challenges and requirements. This not only needed to be a clean, safe and hygienic with no muddy or damp spaces but also had to have a level surface and be low maintenance.

“We provided additional drainage, levelling the area and, of course, installing our tried and tested Easi-Knightsbridge lawn. Our Knightsbridge has a 20mm pile height which is an easily maintained good looking artificial grass preferred by household pets and children. The shorter pile makes lifting and cleaning easy,” he explains.

Easigrass, which is the world’s leading artificial grass brand, is based in the United Kingdom and marketed and distributed in South Africa by Van Dyck Carpets.

Trigger Truniger, the national accounts manager for Easigrass South Africa, says that they draw on extensive international expertise when installing Easigrass in indoor and outdoor play areas at residences, crèches and schools as well as in restaurants, shopping centres and other children’s entertainment facilities.

“Outdoor play zones are often high traffic areas and grass doesn’t grow well under many little feet. These busy areas become dry, dusty and compacted. Artificial turf can withstand significantly more use than natural grass and can be used much more frequently,” he explains.

He adds that high use areas that are not covered by grass rapidly turn to mud and become slippery when it rains. They also take a long time to dry. “Easigrass has holes through which water can quickly drain away, meaning children can return to their play areas quickly and safely.”

There are also more sinister hazards in exposed soil and sand in play areas, including harmful germs and pests, fleas and parasites such as worms which can be ingested or cause skin irritations. Pesticides and herbicides used to maintain lawns can also be harmful.

Most importantly, Easigrass is able to cushion children against injury. Hard surfaces cannot absorb the impact when children trip or fall from swings or climbing equipment. Easigrass is shock absorbent due to both the density of the synthetic grass and sand and the rubber infills that are used to lay them.

Kent adds that not only is her Easigrass play zone perfectly safe for small children but also loved by mothers who sit on the new grass without blankets and find it most comfortable.

For schools who make use of jungle gyms and elevated play areas, Easigrass Shock Pad is added and has a critical fall height of between 2.1 and 2.8 metres. “That means, should a child fall from equipment such as a swing or jungle gym that is between 2.1 and 2.8 metres high, a serious injury is far less likely. Easigrass also offers an EasiPlay system which includes a shock pad safety surface which is placed under the Easigrass. This increases the critical fall height, making it not only ideal for play zones but also for areas where older, more adventurous youngsters play.”