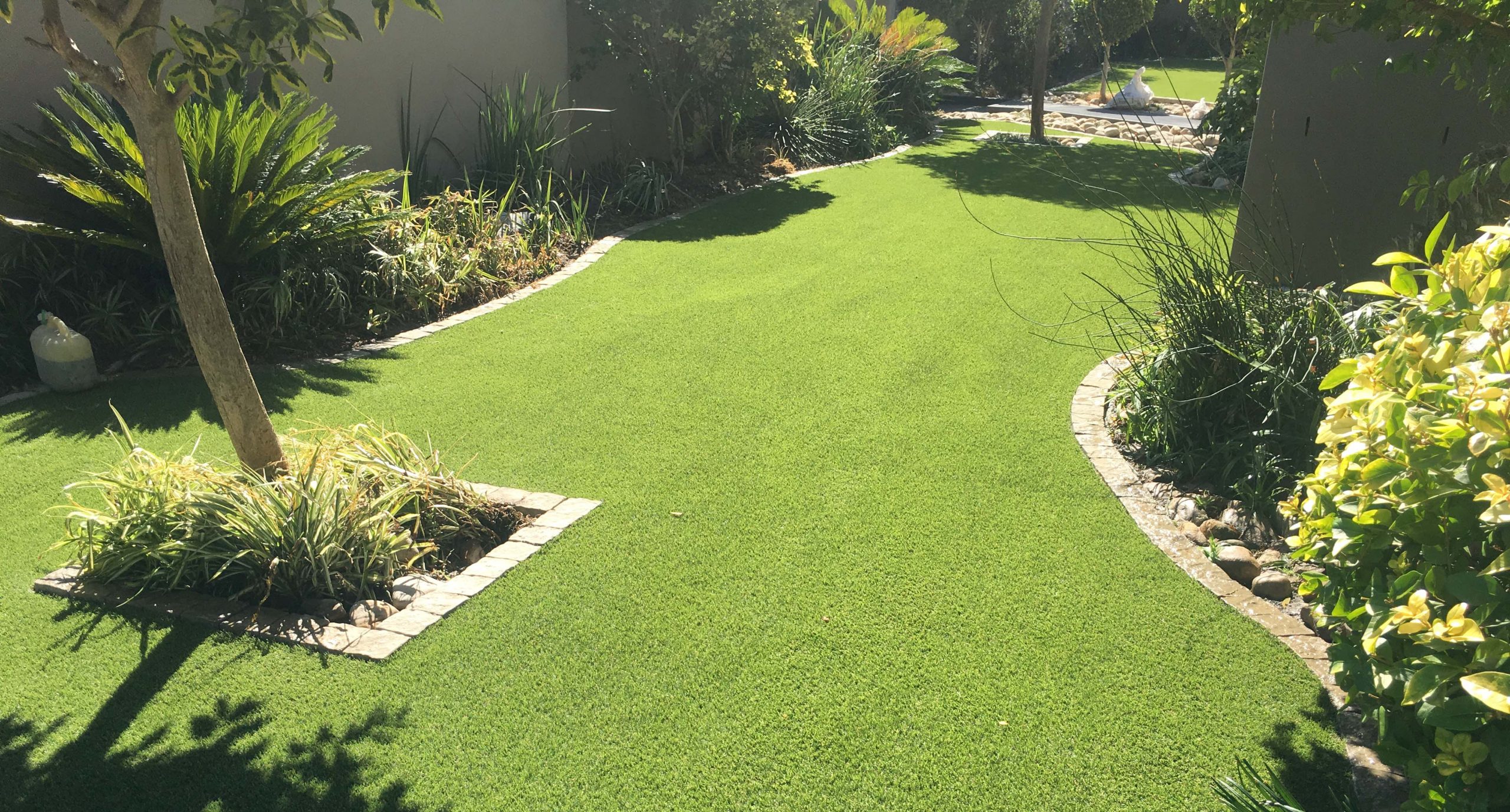 Climate change means irregular rainfall is here to stay. In many parts of South Africa, severe drought and water restrictions have transformed once green lawns into dusty patches while, in others, flash floods have resulted in massive wash aways and even sink holes.

Trigger Truniger, the national accounts manager for Easigrass South Africa, says that Easigrass is the perfect alternative to thirsty natural grass – or grass that has shrivelled and died when it couldn’t be watered. Gardeners the world over have countered the effects of freak weather patterns by installing quality artificial grass with the additional advantage of saving on water bills.

“We believe that drought friendly landscaping is critical when it comes to saving water. Many municipalities are still imposing stringent water restrictions with massive penalties for those overstepping their water usage allowances. In addition, there’s the prospect of steep hikes in water tariffs in the near future, again giving homeowners reason to limit their water use,” he says.

Easigrass, which is low maintenance and requires no watering, provides the best of both worlds – meaningful water savings together with an aesthetically pleasing garden that remains lush and green year round allowing homeowners to just keep their shrubs and trees alive.

He points out that Easigrass is the world’s leading artificial grass brand and is based in the United Kingdom. All Easigrass is fully UV protected, with Easigrass and Van Dyck Carpets offering the highest warranties on artificial grass of 8 years. Locally, it is backed by flooring giant, Van Dyck Carpets which applies the same high international standards when it comes to quality, design excellence, product back up and guarantees.

According to Truniger, although Artificial grass is not yet the first choice for South African home owners who are trying to cope with either too little or too much rainfall, it is becoming an increasingly popular alternative to natural grass. As homeowners are left with options of either gravel, paving or wooden decking in the areas where grass is not growing, Easigrass is slowly becoming the preferred option.

Based on his extensive research into future water trends, he believes that Easigrass will gain market share within a very short space of time.

“We need to remember that, even without the threat of global warming, South Africa is a naturally water scarce country,” he says.

According to the Department of Water Affairs, the majority of South Africa’s water goes to irrigation (66%) followed by domestic use (27%).

The typical household uses about 250 litres of water a day or an average of 37 500 litres of water a month! For many, a large percentage goes to garden upkeep. Water hungry lawns drink up 60% of this – with at least half being lost to evaporation or run off due to the grasses’ shallow root bases, inefficient sprinkler systems or slopes in many coastal areas.

Truniger says that, although different sized lawns and the dedication of gardeners to irrigating their gardens mean usage will vary from property to property, studies indicate that up to 60% of a household’s water bill could be saved through replacing natural with artificial turf.

Although switching to Easigrass means an upfront investment, this will quickly be offset by reduced water bills and savings on garden services, mowing, fertilisers and weed killers. With the current increase in water tariffs in various SA provinces, this time has been drastically reduced to about 1 – 2 years.

Easigrass is also installed by professionals who are able to advise on a variety of issues, including drainage which is becoming increasingly important in light of predictions of more intense rainfall within shorter periods.

“With Easigrass, you will have the added benefit of excellent drainage which is particularly important during heavy showers. We use a specialised compacted grit base, with a Geo textile weed barrier on top of your soil which, in heavy rainfall areas, provides a waiting area for water when the soil underneath becomes saturated. This is often what makes natural grass soggy and muddy and causes damage from run off and allows pet urine to also drain away,” he points out.