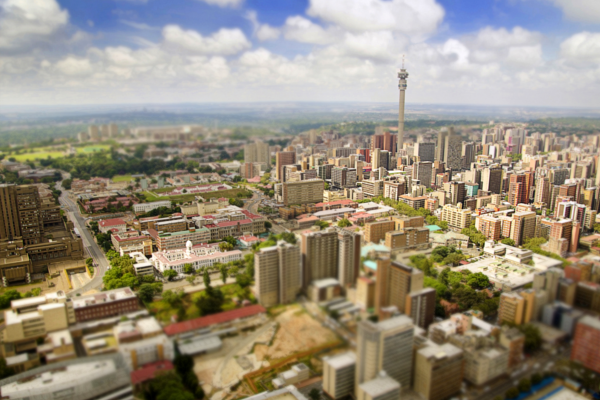 Gauteng is home to five new in-development city projects, which are currently being constructed at a combined price of R265 billion.

In July 2015, Stats SA released its latest population data showing that Gauteng had breached 13.2 million residents. The province is the most populous region in the country, having gained over 1 million new residents over the past 4 years.

UN data shows that in 2015, over 9 million people are estimated to live in and around Joburg – and that by 2030, this is projected to grow to over 11.5 million people, making it the 34th biggest city in the world.

The biggest of the projects is an R84 billion smart city in Modderfontein, developed by Chinese firm Shanghai Zendai.

The group acquired 1,600 hectares of land in Modderfontein in 2013, with the development plan of the city expected to stretch over 15 years.

Plans for the city include a central business district, churches, a library, hospital and medical facilities, a sports and international conference centre, schools, and low-cost housing, among others.

The project will house around 30,000 families and create up to 200,000 fixed jobs for the local community.

The project will ultimately cost as much as R71 billion to complete, with 11 years of development still to go.

The area is expected to become a major new central business district in Gauteng, with many companies already signed on, or taking residence in the development.

These include Honda, City Lodge and Westcon, with Colgate, PwC and Novartis expected to move in as well.

A R3.2 billion mall is also in development, with development eventually set to house an estimated 35,000 to 40,000 people and accommodate commercial and office space for 60,000 people.

The vision and namesake of South African billionaire, Douw Steyn, Steyn City is a new Gauteng city that seeks to grab the attention of the country’s super wealthy.

With most full homes expected to be priced as high as R17 million, the estate screams exclusivity and opulence – just like Steyn’s R250 million private home in the estate, which overlooks the golf course.

In its first phase the development drew in R6.5 billion in investment, with the second phase expected to reach R50 billion.

Dubbed “The East Capital”, the Hazeldean development is a R44 billion project adopted and approved by the Tshwane metropolitan district.

Earmarked as “South Africa’s first green city”, the Menlyn Maine development in Pretoria has been under construction since 2010.

The entire development is planned around green living, where “people can work, live and play in a sustainable environment”.

In that vein, all buildings in the project aim to get Green Star accreditation. This includes office blocks, residential apartments as well as commercial developments.

The development is the smallest listed here, at 315,000 square metres, but drew R1.8 billion from investors, which include the Public Investment Corporation (PIC).

A R3 billion development in partnership with Sun International is also planned for the area.