Rhino-Turf a winner for rugby in Namibia 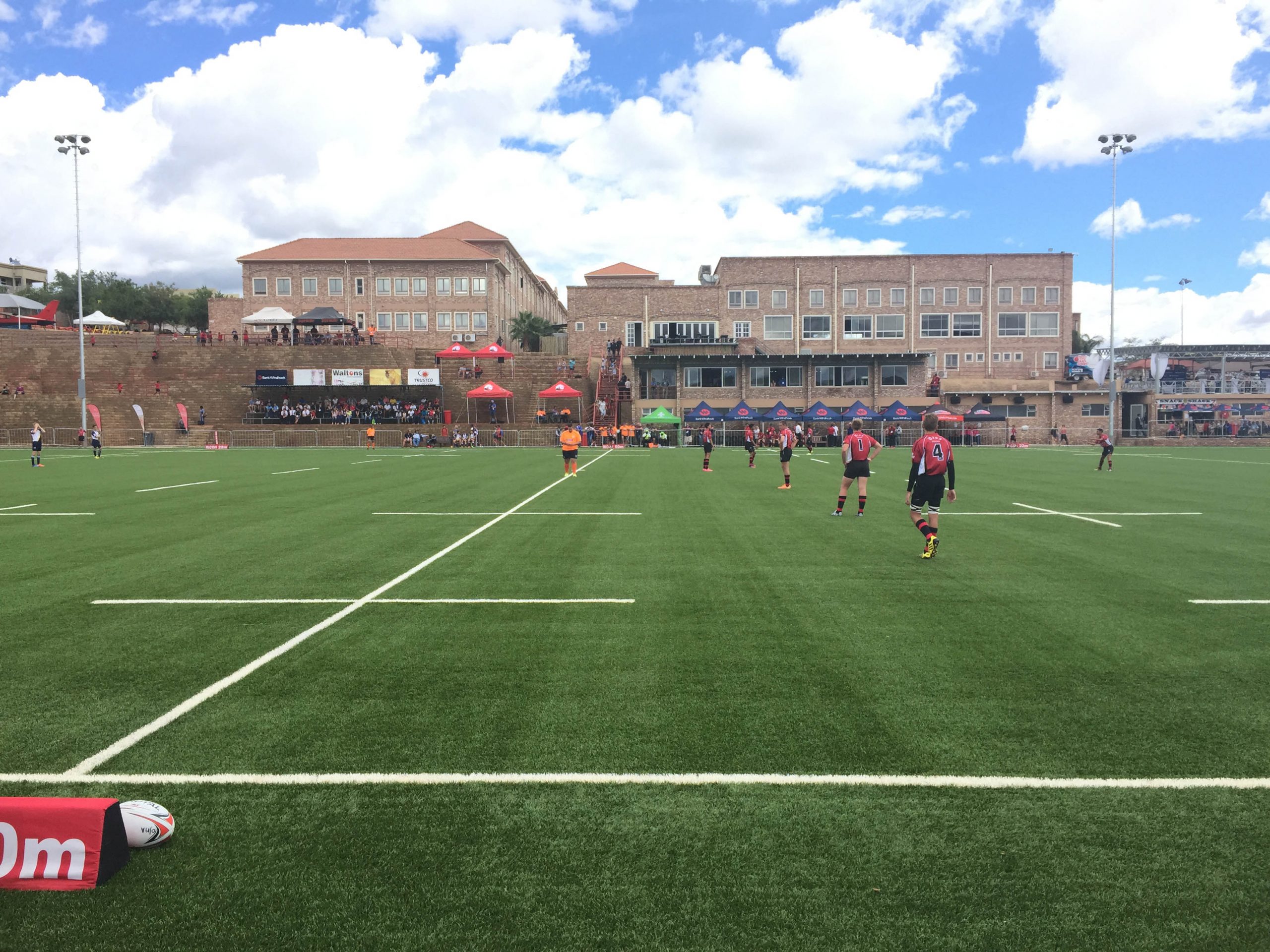 Rugby clubs, sporting franchises and schools will score from conversion to synthetic rugby fields – a move that will not only bolster safety but also tackle the exorbitant costs of maintenance on natural fields.

Now it’s time for the South Africans to catch up, he says.

“Synthetic turf is becoming accepted across the professional sporting landscape. Football internationals and Champion’s League matches have now been played on synthetic turf. Rugby League and Rugby Union are also beginning to embrace this change. Saracens were the UK rugby pioneers in converting to synthetic and many other clubs have followed and Rhino-Turf is  the chosen turf for the new London Irish Rugby Academy in London as well as the playing field and training field at Ealing Trailfinders as well as many other rugby fields in Singapore and Malaysia where rugby is a growing sport,” explains Allan.

The R10 million plus project, which took three months to complete (together with contracting partners Artificial Grass Africa), during the quiet festive season when schools were closed, was ready for the Capricorn Group Rugby Sevens tournament at the beginning of March this year. After the final whistle, it received a thumbs up from all teams involved.

Allan, who has played in both Africa and Europe is both a rugby and a sporting turf guru.

He kicked off by installing the very first full size synthetic soccer field in South Africa in Gansbaai back in 2007 and has since watched plenty of other FIFA approved facilities take shape in Africa.

He also installed the very first – and only – World Rugby tested synthetic field in South Africa at the WP Rugby Academy in Stellenbosch where the Blitsbokke train. But this small indoor field, which measures just 2 000 m², is a far cry from the massive 10 000 m² rugby pitch that has become the pride of the Windhoek Gymnasium School.

The Windhoek Gymnasium Private School’s new field also adheres to the World Rugby Regulation 22 which sets stringent standards when it comes to both quality and safety.

“The new field at the Windhoek Gymnasium was a significant step forward in creating a world-class centre for sporting excellence all year round,” Allan says.

The most obvious plus is that it is ready for play come rain or shine, whatever the season.

That’s why synthetic turf has become popular in England where the weather often reduces rugby fields to mud. But the opposite is true in the southern hemisphere.

The recent drought saw fields reduced to dust bowls and become as hard as concrete when water restrictions prevented irrigation. This increased the risk of the most common and dangerous injury on the rugby field – concussion – as well as the risk of ankle and knee injuries from slipping and collapsed mauls, rucks and scrums.

“Water is becoming scarce and expensive. It’s a worthwhile long term investment. These days, the cost of maintaining a natural field is huge,” he explains.

Unlike its natural equivalent, synthetic turf requires no irrigation, chemicals or mowing – and doesn’t rapidly deteriorate with repeated use.

Allan says that players and facilities can expect at least eight to 10 years of good rugby when using a high quality synthetic turf like Rhino-Turf.

“Rhino-Turf is a UK design and manufactured by the largest global turf manufacturer which is part of a select group of preferred producers for FIFA. Our product is manufactured using machinery that is never more than five years old using the very latest synthetic turf technology. This is critical to withstanding the elements and wear and tear,” he says.

“The Rhino-Turf superior VT60 turf system comes with a high-end shock pad making it the aspirational product of all professional football and rugby clubs looking for performance to meet both top IRB and FIFA international standards. Using the innovative Rhino-Turf Thatch Concept, we have a fully integrated root zone protection for the profiled monofilament yarn fibres, offering infill stability leading to infill splash reduction which results in less infill migration and a more uniform playing field. That’s how we create a safer system with “Strength in Performance,” he adds.