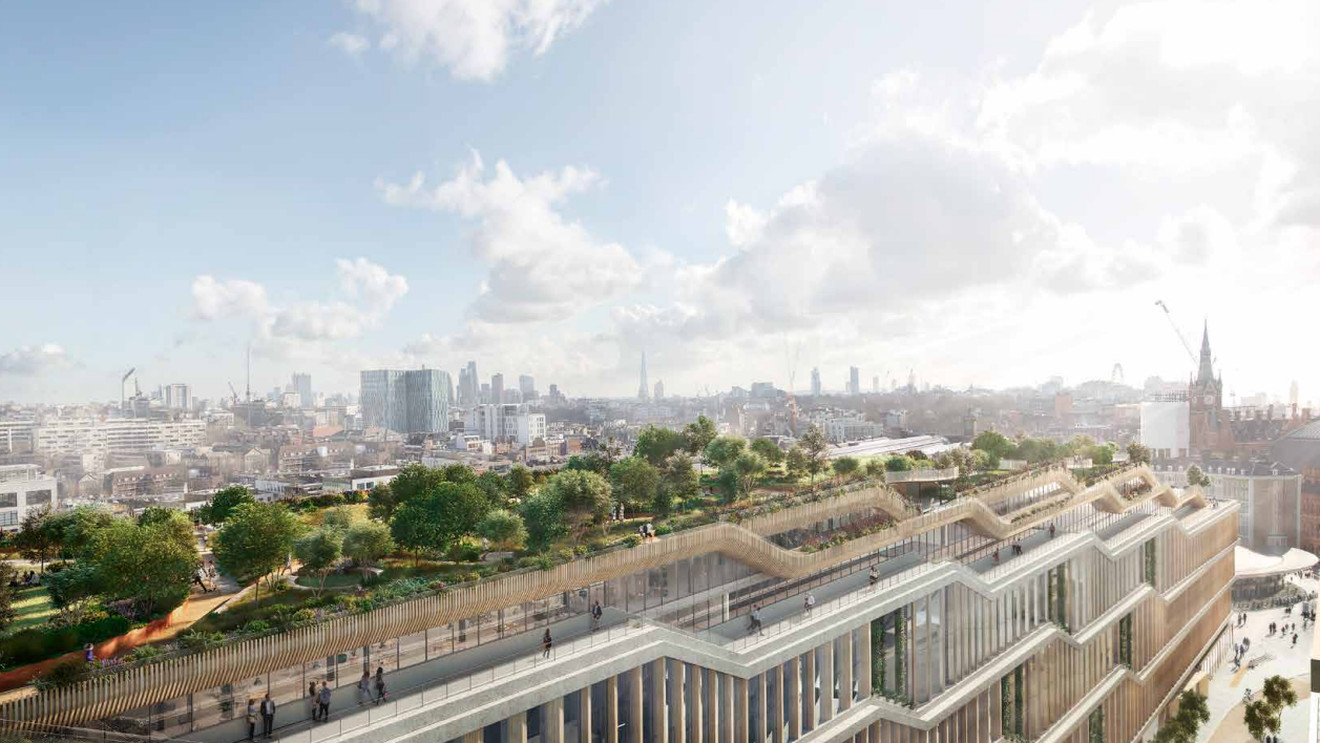 It’s got space for more than 4,000 employees, a rooftop garden with a running track, and has been dubbed a “landscraper” for being as long as a skyscraper is tall. It’s Google’s new London headquarters, the final plans of which were submitted this week to Camden council after years of back-and-forth between the tech giant and architects.

Construction on the “Zone A” development will start in 2018 at a site overlooking London’s King’s Cross railway station. The final design was created by the Bjarke Ingels Group and Heatherwick Studios (previously responsible for the 2012 London Olympic Cauldron and new-look London Routemaster buses) after Google scrapped an earlier set of plans by architects AHMM in 2013.

According to Architect’s Journal, the entire complex will cost some £1 billion. The main 11-story building will provide some 80,819 square meters of space and stretch across 330 meters of ground, sitting on a “plinth” of shops with ground-floor entrances to the offices interspersed between them. This is intended to create a “varied and open ground plane that can change with time,” according to the submitted plans.

In a statement, designer Thomas Heatherwick said he’d been inspired by the site of the new office, which functions as a hub for much of the city’s transport links.

“The area is a fascinating collision of diverse building types and spaces and I can’t help but love this mix of massive railway stations, roads, canals and other infrastructure all layered up into the most connected point in London,” said Heatherwick. “Influenced by these surroundings, we have treated this new building for Google like a piece of infrastructure too, made from a family of interchangeable elements which ensure that the building and its workspace will stay flexible for years to come.”

Inside will be all the amenities you’d expect, like cafes and meeting rooms, as well as a three-lane, 25-meter swimming pool, massage rooms, a “multi-use games area” for spots like basketball and football, and a 210-seat auditorium for product announcements and talks. The roof will be covered in a 300-meter-long garden, divided into different zones, including a “pause area” filled with wildflowers and woodland plants, a cafe, and a 200-meter “trim trail” for runners.

Currently, Google’s staff are situated in a number of different sites around London, including other properties in the King’s Cross area. (The building next door, 7 Pancras Square, is home to the company’s AI subsidiary, DeepMind.) The new building will bring together the city’s Googlers in one campus, and will be the first Google building outside of the US to be 100 percent owned and designed by the tech giant.

The company recommitted to the project following Brexit last year, with CEO Sundar Pichai saying: “Here in the UK, it’s clear to me that computer science has a great future with the talent, educational institutions, and passion for innovation we see all around us. We are committed to the UK and excited to continue our investment in our new King’s Cross campus.”

This story was written by: by James Vincent@jjvincent