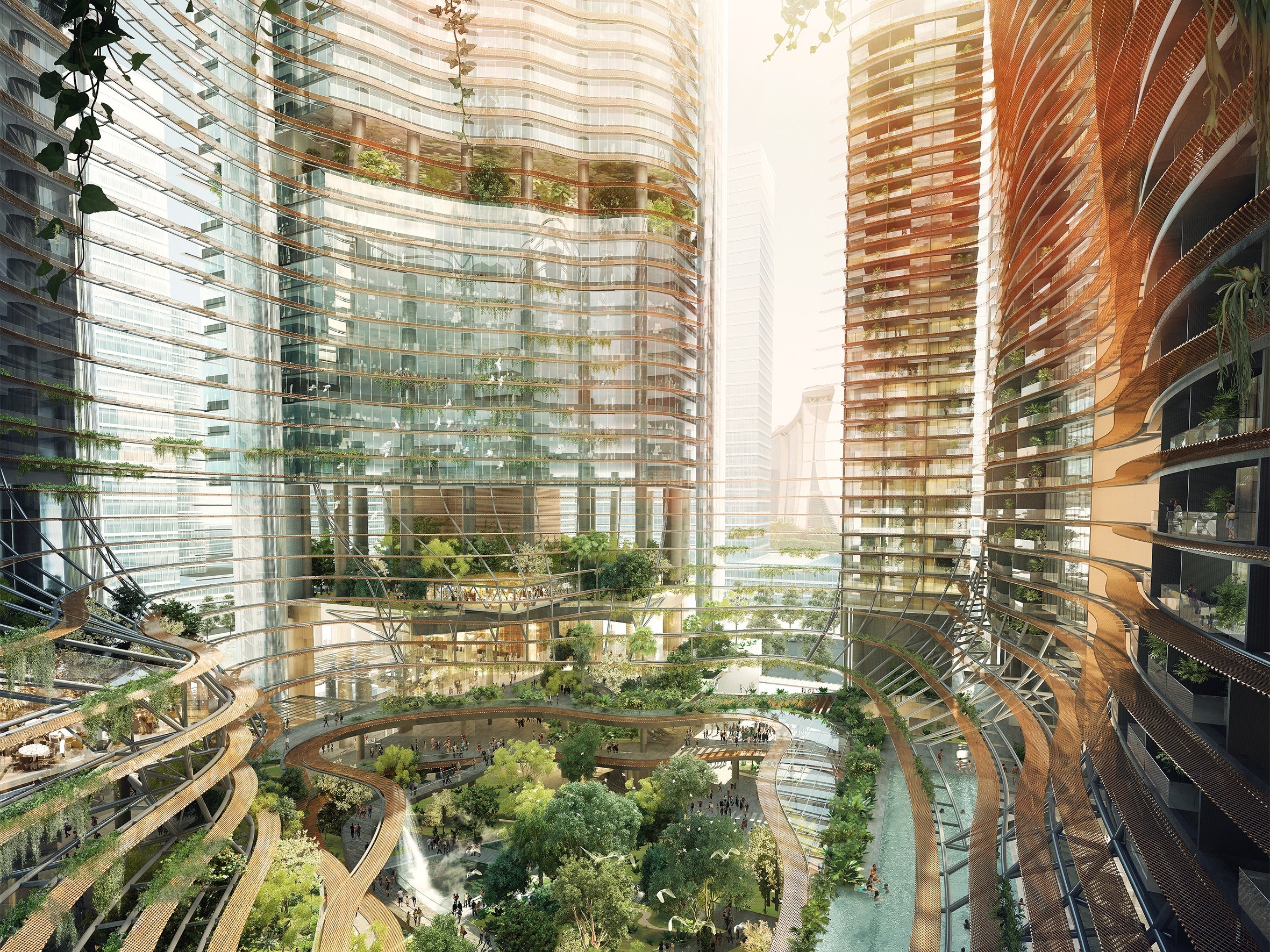 It’s a “green space” on steroids.

A massive 376,000-square-foot landscaping project known as the Green Heart, in Singapore’s Marina One, will include a multi-level public garden, calming waterfalls, reflecting pools, and a dense web of lush trees when it’s finished in 2016.

All this, engulfed by four high-rise apartments already surrounding the space. A bird’s-eye view of the Green Heart. Gustafson Porter

The brainchild of German studio Ingenhoven Architects and Singapore A61, construction of Marina One began in 2012.

The work has since been handed over to landscape architecture firm Gustafson Porter, which is now converting the space into Singapore’s largest green urban sanctuary. Pathways and ponds will blend seamlessly into the surrounding business district as a way to complement the existing green spaces of Gardens by the Bay, a 101-hectare park of reclaimed land that sits beside Singapore’s Marina Reservoir.

Curving balconies will resemble traditional Asian rice terraces, which are often referred to as the “eighth wonder of the world.” Scaling the facade of the building are additional plant beds, which culminate in lofty “cloud forests” above.

“The planting is designed to create inspiring and multifunctional urban spaces to be enjoyed by all in Singapore,” Gustafson Porter told De Zeen magazine. “There is often a preconception that the climate is too hot and humid to make active use of outdoor space.” Vertical farming is becoming a popular technique for turning unused space into vegetation. Hundreds of trees and plant varieties cover the face of the two apartment buildings. As water flows through the building, it gets constantly recycled to help the green life flourish.

A similar project is underway in Switzerland, also by Boeri.

With shrinking space on the Earth’s surface, designers are realizing the only way to go is up.