What Cape Town can learn from Windhoek on surviving droughts 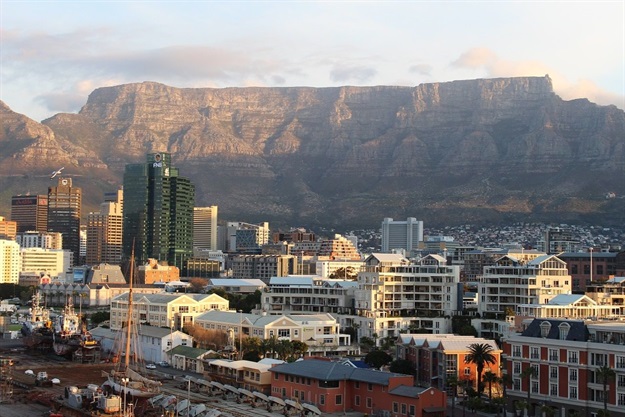 Human population growth, urbanisation, and climate change are all changing the world. To adapt, attitudes and behaviour must change and unsustainable attitudes and behaviours must shift. In addition, the social and political will to implement technological solutions must increase. Without these changes the world will continue to be vulnerable to the impact of climate change and the over-use of limited resources like water.

Populations in cities are growing, putting pressure on resources like water. This is likely to increase as climate change leads to more frequent and extreme droughts, particularly in southern Africa.

For decades Namibia’s capital city, Windhoek, has faced serious challenges providing water for its citizens. Water is a precious commodity in the city which gets a mean annual rainfall of a meagre 360mm. For comparison, Los Angeles receives about 380mm every year.. In addition, evaporation levels are high and the closest perennial river, the Orange river, is 750 kilometres away. And the city’s population has grown.

Even though they have very different weather patterns, there’s a lot a city like Cape Town, which is experiencing the worst drought in 100 years, can learn from Windhoek and how the city has conquered multiple water crises.

Windhoek, which is dry and gets a summer rainfall, has proved that technology can come to the rescue. But technology alone is not the solution. Water management has historically been engineer based with a focus on technical solutions. A change in culture around perceptions of water use formed a major part of Windhoek’s efforts. And learning from others can help to save water.

Cape Town has very different weather patterns to Windhoek. The city has a Mediterranean climate with wet winters and warm dry summers. It usually gets over 500mm per annum, has a lower evaporation rate and has a number of rivers within a 150km radius of the city. These include the Breede, Olifants and Berg rivers.

Cape Town’s current water crisis follows two consecutive years of low rainfall in catchment areas. This has been in conjunction with an increase in the size of the city’s population.

Even though the cities have different characteristics, Cape Town should consider the actions taken by Windhoek which stretch back over the last 50 years.

Namibia has suffered a succession of droughts over the past 40 years. But by the time of a major drought in 1996 the city had built three reservoirs and a waste-water reuse plant. On top of this water supply regulations were being strictly enforced. These included:
A public awareness and education campaign.
Water control officers and meter readers actively reducing wastage on private properties and enforcing watering times, the covering of pools and water saving equipment like low flow showers.
Fixing leaks and the reduction of water use on municipal gardens.

These interventions had lasting effects. After the drought, residents reduced their garden sizes and changed garden types and irrigation methods. There was also a move to build houses in new suburbs that had smaller gardens. Changes were also made to industrial policy: no new development of water intensive industries like Coca-Cola was allowed.

During the 1990s there was an increase in the capacity of the waste-water reuse plant and consideration was given to recharging Windhoek’s aquifer. Storing water underground was an attractive option. More water was evaporating from water reservoirs than was being used by the city.

By 2002, the new Goreangab wastewater treatment plant was completed with the aim of providing potable water. By 2004, four boreholes were equipped for aquifer recharge with treated surface water – a process of pumping treated water from above ground into the aquifer.

But in 2016 water storage levels became very low again and immediate action needed to be taken. Severe water restrictions were imposed on residents and industry’s like Coca-Cola stopped production. Abattoirs had to cut down on production and there were job losses in the construction industry.

The City of Windhoek activated its drought management plan which included:
setting increasing water saving targets,
a progressive increase in tariffs,
cutting off the water supply to big users, and
rapidly implementing abstraction from the aquifer.

On top of this the country’s Prosperity Plan for 2016 prioritised the development of water infrastructure. In particular, recharging Windhoek’s aquifer and seawater desalinisation were identified as areas for immediate action.

The proposed plans are in line with actions that have been successful in providing water to Windhoek.

This has meant that targets for water use haven’t always been met. There’s a lesson in this for Cape Town. The fact that there’s been a slow response by residents to reducing their water use could mean that more communication, awareness and education is needed.

People won’t save water unless they perceive the need to do so. In Windhoek, about 60% of the water used is used by private households. Around 50% of this is used for gardens. This means that changes in household consumption can play a major role in water saving.

Other steps that can be taken include increasing awareness by teaching water conservation in schools. In times of crisis, Windhoek is a good example of how raising awareness can play an important role in coping with water scarcity. Cape Town needs to follow suit.

This article is taken from BizCommunity . For more click here

This Piece was written By: Dian Spear