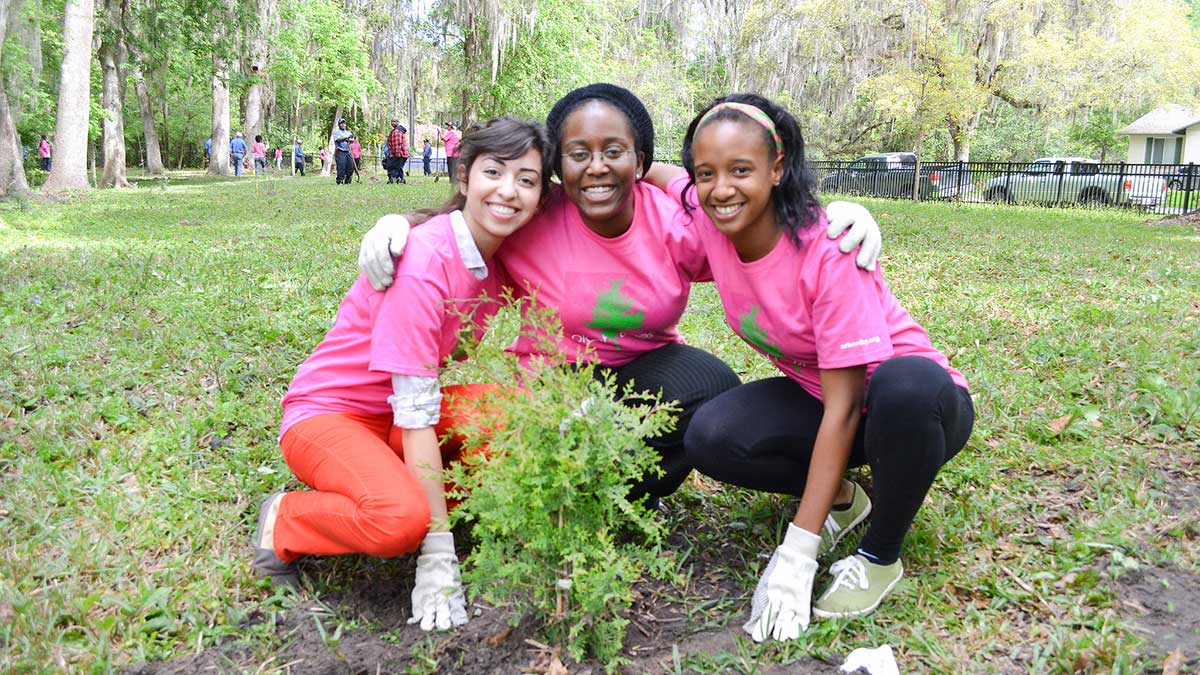 South Africa celebrates Arbor Week in the first week of September annually. The Department of Agriculture, Forestry and Fisheries (DAFF), as the custodian of forestry in South Africa, is responsible for the campaign.

National Arbor Week (Iviki Lezihlahla) serves to promote awareness for the need to plant and maintain indigenous trees throughout South Africa. Trees are much needed in disadvantaged communities who often live in barren areas.
There are nearly 2 000 indigenous tree species in South Africa. This year Arbor Week celebrates the Wild Plum as a common indigenous species. The two rare species highlighted this year are the Bladder Nut and Bell Bean trees.

September is also heritage month and as we celebrate Arbor Week, the department also focuses on the country’s champion trees which include some of the oldest, largest and culturally significant trees. These include the Sophia Town Oak Tree and the Sagole Baobab Tree in Limpopo, which are part of our heritage.
National Arbor Week is an opportune time to call on all South Africans to plant indigenous trees as a practical and symbolic gesture of sustainable environmental management.
It affords the government, the private sector, non-governmental and community based organisations and the public to be involved in “greening” their communities. Planting trees and greening human settlements takes place in communities.
It is therefore important for the public to join hands with partners in local government and community-based organisations.
Greening refers to an integrated approach to the planting, care and management of all vegetation in urban and rural areas, to secure multiple benefits for communities
Greening in the South African context takes place in towns, townships and informal settlements specifically because in the past the latter mentioned areas were disadvantaged in terms of planning for parks as well as tree planting in streets and open spaces.

Some History on Arbor Week

Arbor Day originated in 1872 in the United States territory of Nebraska. Mr J Sterling Morton, a newcomer to the treeless plains of Nebraska, was a keen proponent of the beauty and benefit of trees. He persuaded the local agricultural board to set aside a day for planting trees and through his position as editor of Nebraska’s first newspaper, encouraged participation in the event by publishing articles on the value of trees for soil protection, fruit and shade and building. Mr. Morton’s home, known as Arbor Lodge, was a testament to his love for trees and so inspired the name of the holiday; Arbor Day.

In South Africa, Arbor Day was first celebrated in 1983. The event captured the imagination of people who recognized the need for raising awareness of the value of trees in our society. As sources of building material, food, medicine, and simple scenic beauty, trees play a vital role in the health and well-being of our communities. Collective enthusiasm for the importance of this issue in South Africa inspired the national government, in 1999, to extend the celebration of Arbor Day to National Arbor Week. From 1 to 7 September every year, schools, businesses and organizations are encouraged to participate in community “greening” events to improve the health and beauty of the local environment and propose a green future for South Africa.