Why composting is the greenest thing you can do 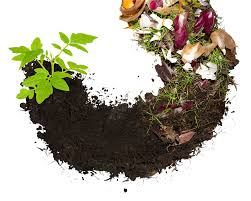 The amount of urban waste being produced is growing faster than the rate of urbanisation. According to the World Bank by 2025 there will be 1.4 billion more people living in cities worldwide, with each person producing an average of 1.42kg of municipal solid waste per day. In South Africa alone, organic waste (i.e. perfectly compostable material) is one of the highest waste contributors to overflowing landfills, which are the largest source of methane gasses. Fruits, vegetables and cereals are said to have the highest wastage rates of any food, while one third of all food produced in South Africa goes to waste. By comparison, over 40% of South Africa’s population are experiencing hunger and are under-nourished. So the phrase, “one man’s trash is another man’s gold” can be perfectly affirmed in compost.

The reality is that our current waste management systems are completely unsustainable. At the rate we are going, our planet cannot continue to sustain itself if we don’t act now.

So, why is composting the greenest thing we can do? Firstly, it helps to eliminate the amount of organic matter being dumped into landfills and the energy being depleted from this process. Secondly, it supports the regenerative practice of naturally nourishing our Earth, without the use of harmful chemicals. It re-builds carbon within our soil, allowing it to retain moisture and prevent plant disease and pests, while encouraging the production of beneficial bacteria and fungi. Quality compost will restore damaged, depleted and polluted soils, thereby restoring the vitality of the soil.

Eddie Redelinghuys, founder of Reliance Compost, South Africa’s leading certified organic compost producer is a firm believer that living soils, alive with microbial activity and rich in organic matter, can feed plants that can in turn feed people and animals. He enthused, ‘Much of the organic waste being landfilled in South Africa could also supply energy to be used as fuel.’ He has dedicated 2018 at Reliance Compost to replenish and rehabilitate the soils in and around the Cape through the different initiatives and projects they are involved in and has invited local communities to join the compost challenge for the future of our environment.

The myth about composting is often that it’s too difficult to maintain. Composting is actually a very natural process and with the right ingredients, takes on a life of its own. Furthermore, as we become more aware of the impact that food waste uselessly thrown into our bin make, we can wake up to the immense value of this incredibly supportive act.

How do we start?

To start you need two basic ingredients in equal parts: 50% green matter and 50% brown matter. For example, dry materials, such as leaves, and dead plants, are usually considered “browns,” whereas wetter materials, such as grass clippings and kitchen waste, are considered “greens.” Anything from egg shells to coffee grounds, grains to potato peels can be composted. Avoid any animal matter (meat, bones, or manure). Meat, bones, and manure can be composted, they just require special attention. Then, select a convenient location for your compost pile, away from trees. A city-supported compost bin is also a great option. Add finished compost, sawdust or leaf mulch on the top of the newly added food scraps for it to breakdown. A tip put your food scraps in the freezer, as opposed to on your counter, while you collect and prepare them for your outdoor area. This eliminates any possibility of smell and the potential for fruit flies. As you become more savvy with your compost, you can explore more complex ways of producing and harvesting your pile. Alternating your rations will also produce different results.

Ultimately, the end-goal is the same: nutrient-rich soil and a thriving Earth. So, dig in and get started!