Why Skyscrapers Now Look Like Trees in Cities Around the World 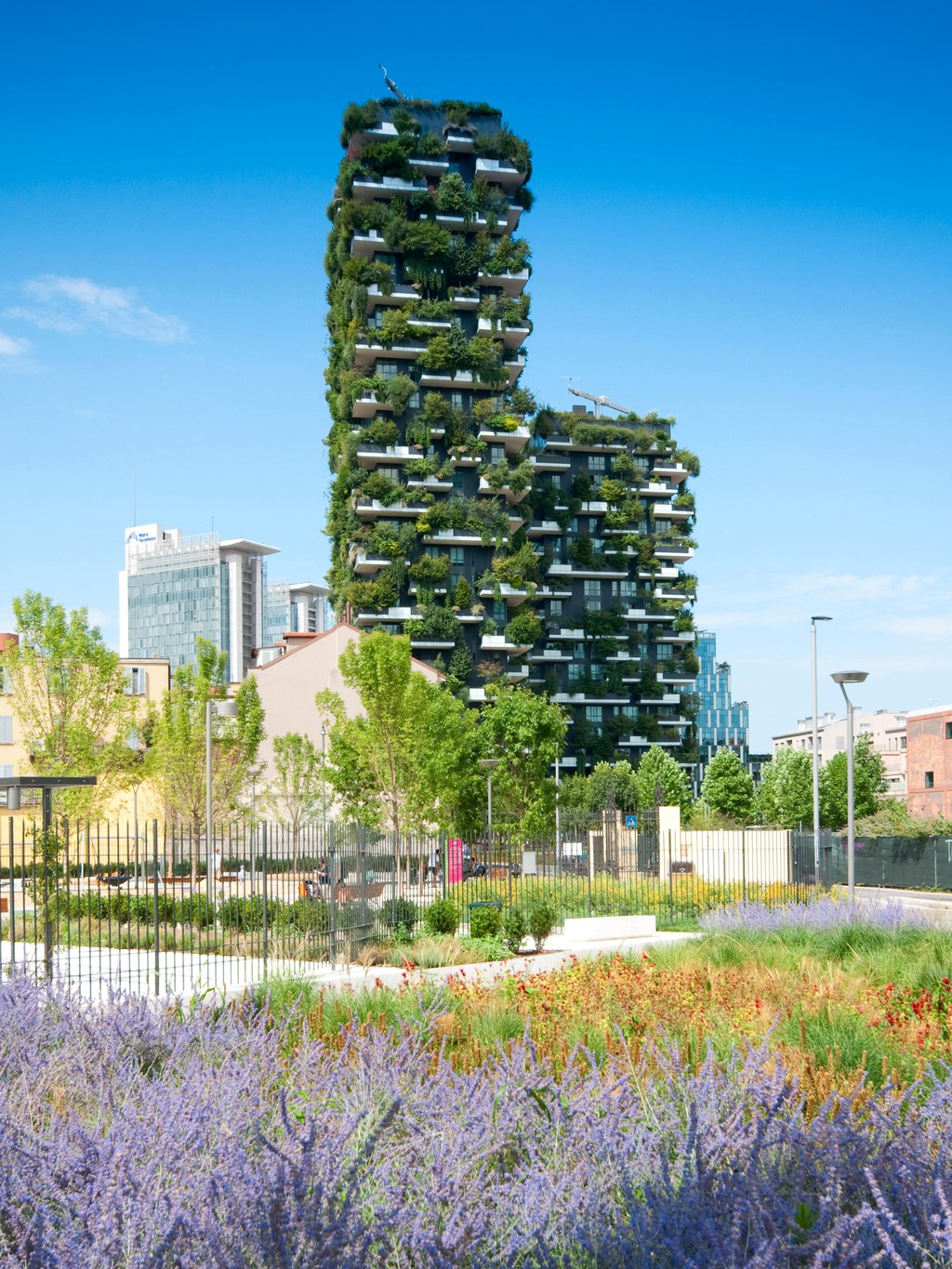 Oh the potential of “living walls!”

Daniel Bell must be one of the few people in the hotel industry who never receives complaints.

“It’s always really positive,” he says, talking about the feedback he receives for his work at London’s five-star The Athenaeum hotel. “I always see people smiling. I walked past today and there were people just standing beside it, being photographed.”
Bell, of course, is no ordinary hotel worker dealing with needy clientele. He’s a “vertical gardener” who turns walls and buildings into leafy idylls, and much of his work is in the travel industry. He’s best known for his vertical garden at The Athenaeum, which covers a corner of the hotel—two sides, all seven stories—in flamboyant green, right on Piccadilly, one of the busiest thoroughfares in London.
“People take so many photos of it that it’s become a bit like standing in front of a red phone box,” he tells Condé Nast Traveler. “I think one reason that it’s so popular is that I’ve allowed it [the garden] to become very natural. It’s not perfectly manicured.”
Vertical gardens are scaling new heights at the moment, says Bell, who’s based in Sweden but spoke to Traveler from London, where he’s working on a major new project for the Mandarin Oriental hotel in Knightsbridge. At 21,000 square feet and wrapped around an internal courtyard, the Mandarin’s vertical garden—which opens in spring 2018—will be nearly ten times the size of the Athenaeum’s.; it will be composed of some 80,000 plants and small trees.
Though London is becoming known for its vertical gardens—Victoria’s Rubens Hotel has turned an entire side of the building into one, and Heathrow Airport has its Garden Gate at Terminal 3—Bell says there’s another city worth focusing on across the Channel.
“Paris is the capital of vertical gardens,” he tells Traveler. “Patrick Blanc [the Parisian botanist who first designed the Athenaeum’s wall in 2009] was the person who really came up with the concept. He was doing major works 30 years ago.” Paris mayor Ann Hidalgo announced last year that she wants 100 hectares of living walls and green rooftops across the city by 2020; and with the work that Blanc pioneered—he planted his first wall in 1988 at the Cité des Sciences et de l’Industrie—she’s off to a flying start. Looking to see Blanc’s work? Check out the Musée du Quai Branly, where the vertical garden squares off against the Seine-side greenery; Pershing Hall hotel, whose lush wall in the restaurant makes the food infinitely more Instagrammable; and the BHV Homme store on Rue de la Verrerie, where greenery erupts from the modern shopfront.

Another cosmopolitan city has gotten in on the mix, too: This week, Milan hit the news for its own “vertical forest,” which envelopes two high-rise apartment blocks. The work of architect Stefano Boeri, the buildings—installed in the modern Porta Nuova area in 2014—have been covered with more than 20,000 trees and plants, turning the otherwise unremarkable business district into something of a tourist attraction (stellar fashion boutique 10 Corso Como is nearby).
And while the vertical forest may be the flashiest kid on the block, “living walls” aren’t new to Milan. Nearby La Scala opera house, the Hotel Milano Scala—which has fearsome eco credentials, like an underground pump converting soil water into energy—has wreathed its balconies in foliage, and has a vegetable garden on the rooftop. Meanwhile, shopping mall Fiordaliso is covered by Italy’s largest living wall, a 13,594 square-foot masterpiece created by architect Francesco Bollani. An hour south, in Bologna, FICO Eataly World is creating one comprising 12,000 fresh apples in time for its grand opening next month. (They’re calling it a “natural installation.”)
The newfound popularity of living walls is partly down to their proven environmental benefits, and cities’ attempts to become more eco-conscious: “The Athenaeum really does help to filter out particles from the road outside,” Bell says. “London is a very polluted city and the wall really helps. Plants are some of the best filters.” But for hotels, he admits, it’s also a good talking point.

Travelers have seemed to take to them, too. “It’s instantly relaxing,” says Sophie Buchan, a guest from the U.K. who stayed at Hotel Lone in Rovinj, Croatia—a design hotel with a living wall. “The hotel is surrounded by forest, and though it’s a modern building, the wall felt like it was bringing the outside in.”
Given their successes, it’s no wonder that the concept of vertical forests is spreading to cities around the world: According to The Local, Boeri is taking his “vertical forest” to a dozen other places, including São Paulo, Lausanne, and Tirana, the capital of Albania. A destination to look out for in the future, according to Bell? Tehran, where the vertical gardener is working on a living wall that will form part of the largest mall in the world. We’ll see you there.