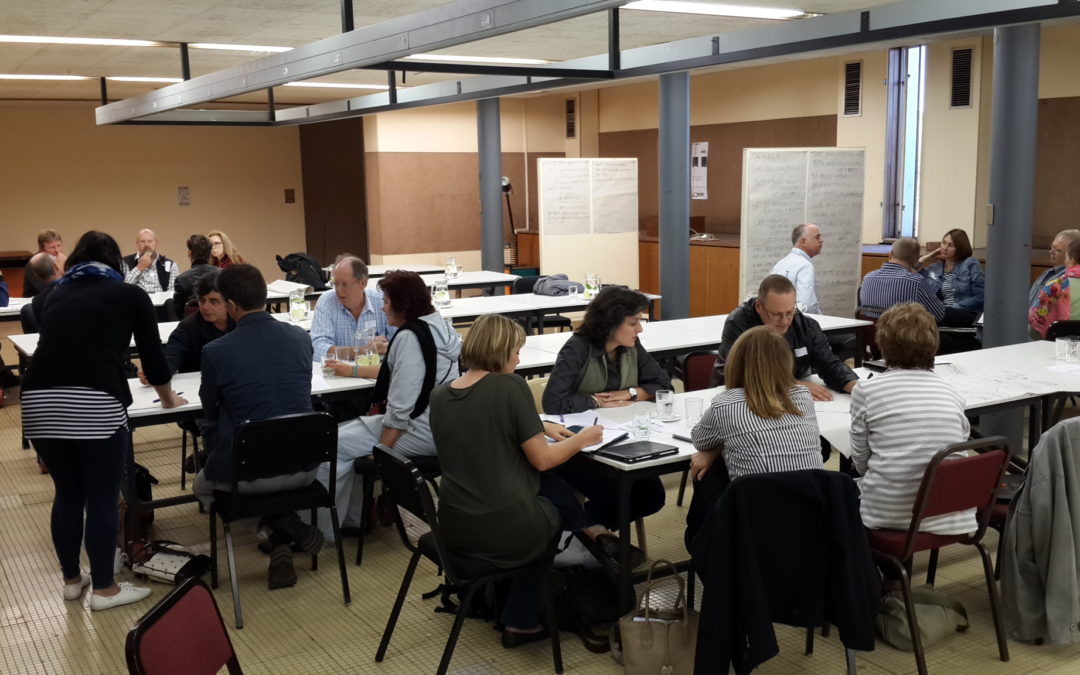 A thank you to Bernadette Vollmer for her dedication to the role of SACLAP Registrar. Some words from Hendrik van der Hoven and Neal Dunstan as seen on the ILASA website:

It is an honor to be able to put some words of thanks together for Bernadette Vollmer, who after many years of tireless and diligent service to the SACLAP and our profession, is hanging her Registrar boots.
I met Bernadette for the first time in her final year of landscape architecture at Tukkies. I remember vividly her being the one student sitting behind a desk studiously preparing a list of questions to pose to the lecturing staff on her work, often leading into a lengthily discussion. It was almost a decade later before Bernadette and I would meet again and this led us working together briefly in a practice environment before rejuvenating a stagnant ILASA. During this time we had many a discussion about the roles of ILASA and SACLAP and what was needed by each to operate effectively. This burning desire to resolve the stalemate led Bernadette to avail herself to the position of a part time Registrar for the SACLAP, which was announced at the ILASA Conference at the Wanderers in 2010. Little did she suspect at the time that this would lead to being an unofficial full time, and then some, responsibility for the next eight years. It is these traits, work ethic and attention to detail, that for me are defining characteristics of Bernadette that have defined her professional career and enormous contributions to ILASA and SACLAP.
Bernadette’s amazing foresight and understanding of the legal and political frameworks in which the profession operates have been indispensable. Her attention to detail, clear understanding of the complexities and sheer commitment have steered the Council, and the profession, from the corners of obscurity to an active, accepted and respected Council within the domains that the SACLAP operates in. The results of these endeavors and achievements have and are still being felt by our profession today.
Bernadette has gained enormous respect and praise from officials within government departments, the Department of Public Works, the Council for the Built Environment and the Built Environment sister councils. Not only her insightful institutional knowledge but the integrity in which she handles herself, has guided and informedmany a strategic discussion, and will be sorely missed by all. She has been pivotal in the establishment of the new registration categories for landscape managers, the registration by prior learning programme, in addressing the policy mandates of the SACLAP Act, in driving for funding ofthe SACLAP from the DPW, in representing the Council and profession at countless meetings, and in holding the Council together especially in times when it seemed to be coming apart at the seams.
Bernadette has also been at the brunt (often unjustified) of many a disgruntled registered professional, candidate and member of the public, but has at all times held the highest levels of professionalism in addressing these grievances.
Through all this she has completed her responsibilities with humility and passion, whilst raising a family and operating her own practice. Bernadette and I have shared many life adventures and challenges together outside of the SACLAP and have often ended up being the telephone shoulder to cry on. I have learnt much about the inner workings of our profession, governance and life from Bernadette and have the utmost respect for her professionalism, commitment and work ethic in everything she puts her mind to. It has been a rewarding experience working alongside her during these challenging chapters of our profession and careers.
The landscape professions are deeply indebted to Bernadette for her relentless commitment and service to grow and develop the landscape professions in South Africa, for the benefit of us all. I will miss our regular chats, my daily Registrar ‘love mail’ (what my wife named the daily communiqués from the Council) and your honest integrity. I wish you well and good health on your journey’s new chapter.
“Integrity is choosing courage over comfort; choosing what is right over what is fun, fast, or easy; and choosing to practice our values rather than simply professing them.” – C.S. Lewis
– Neal Dunstan