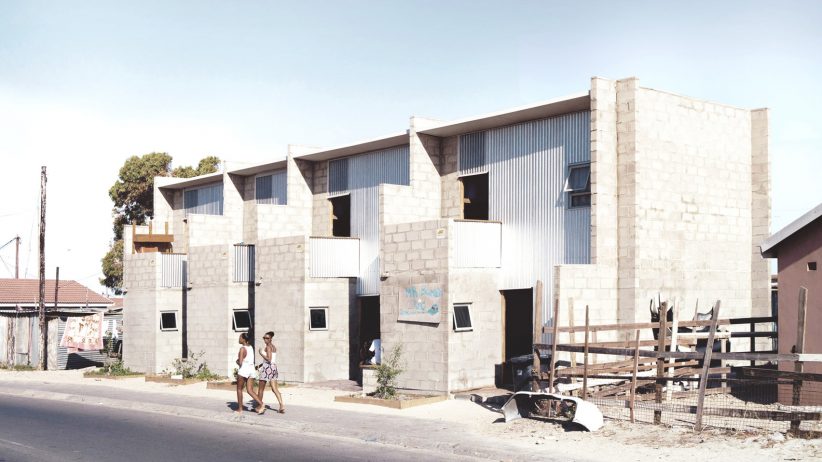 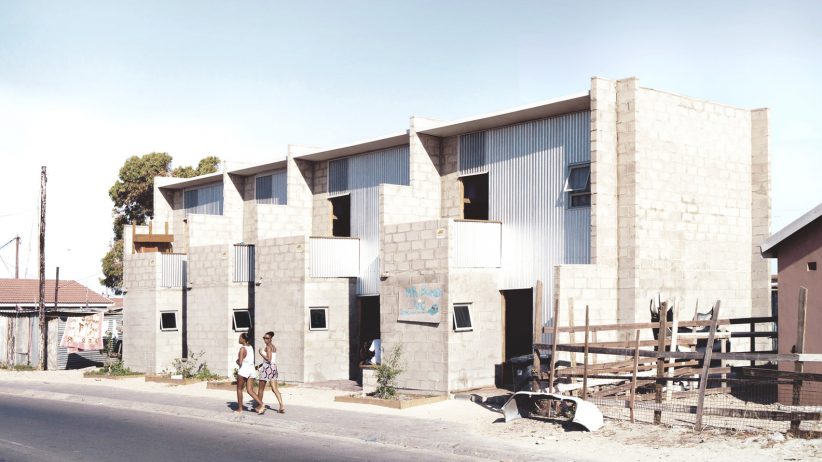 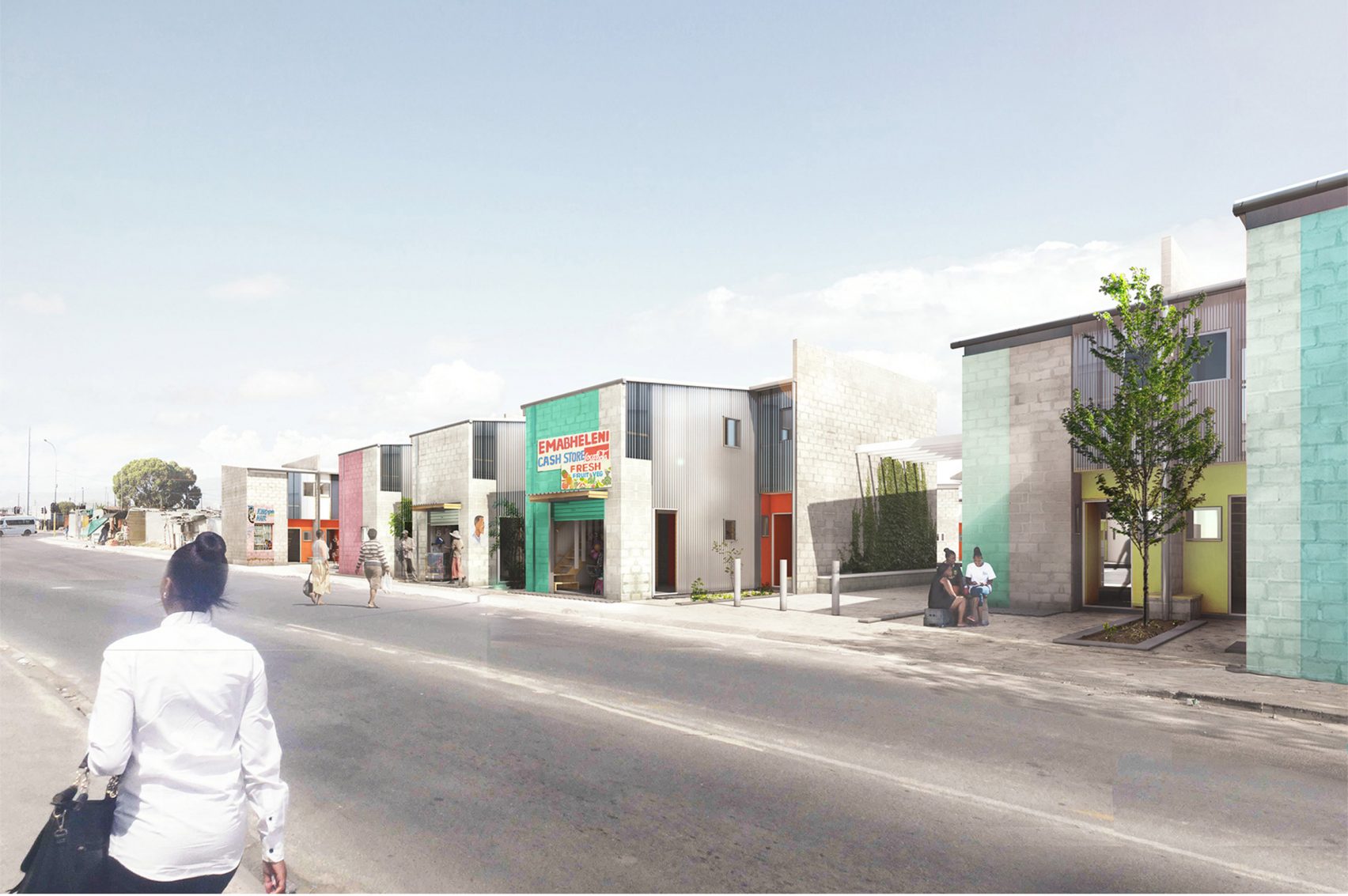 This phase of the project has earned it a spot on the RIBA International Prize 2018 longlist, a biennial competition that recognises the world’s best new buildings that benefit their surrounding communities.
South Africa is currently experiencing a housing crisis, with high property prices, limited financing options, and lack of appropriate housing stock leaving some 7.5 million people living in informal settlements.
A quarter of Cape Town residents are locked out of the formal property market, despite the right of access to adequate housing having been written in to the country’s post-apartheid Constitution. 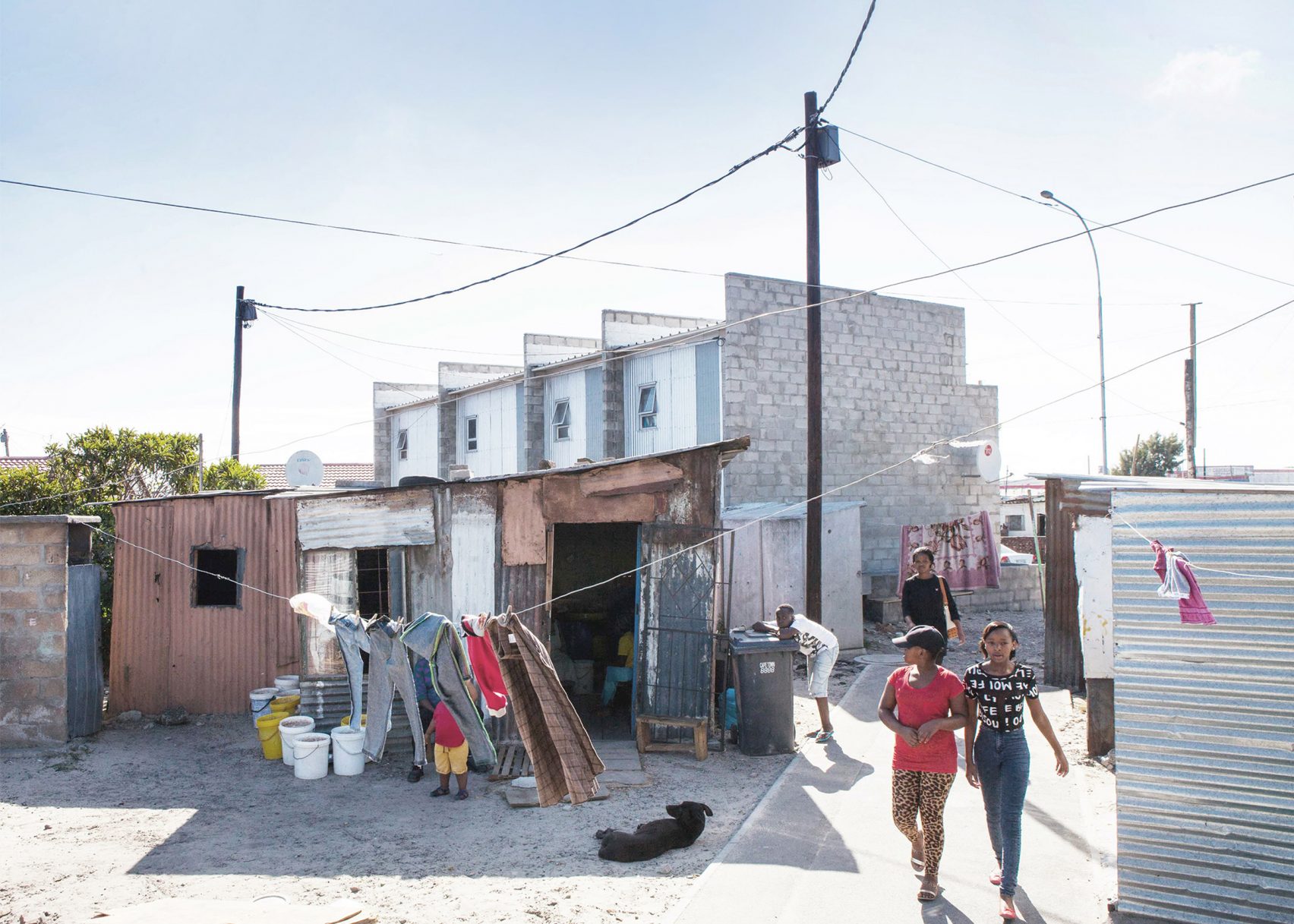 Slum housing can be difficult and dangerous with communal taps and toilets inconvenient, and with shacks often built right up next to each other fire is a constant hazard. Poor services and facilities mean the areas become poverty traps that are difficult to escape.
Current government schemes have been inadequate, with not enough homes being built and those that are not flexible enough to accommodate different families needs.
“Although alternative schemes have emerged since the official shift in housing provision in 2004, the challenge still lies in developing a scalable, transparent and replicable model that addresses both real demand, market dynamics and municipal planning objectives,” explained the designers. 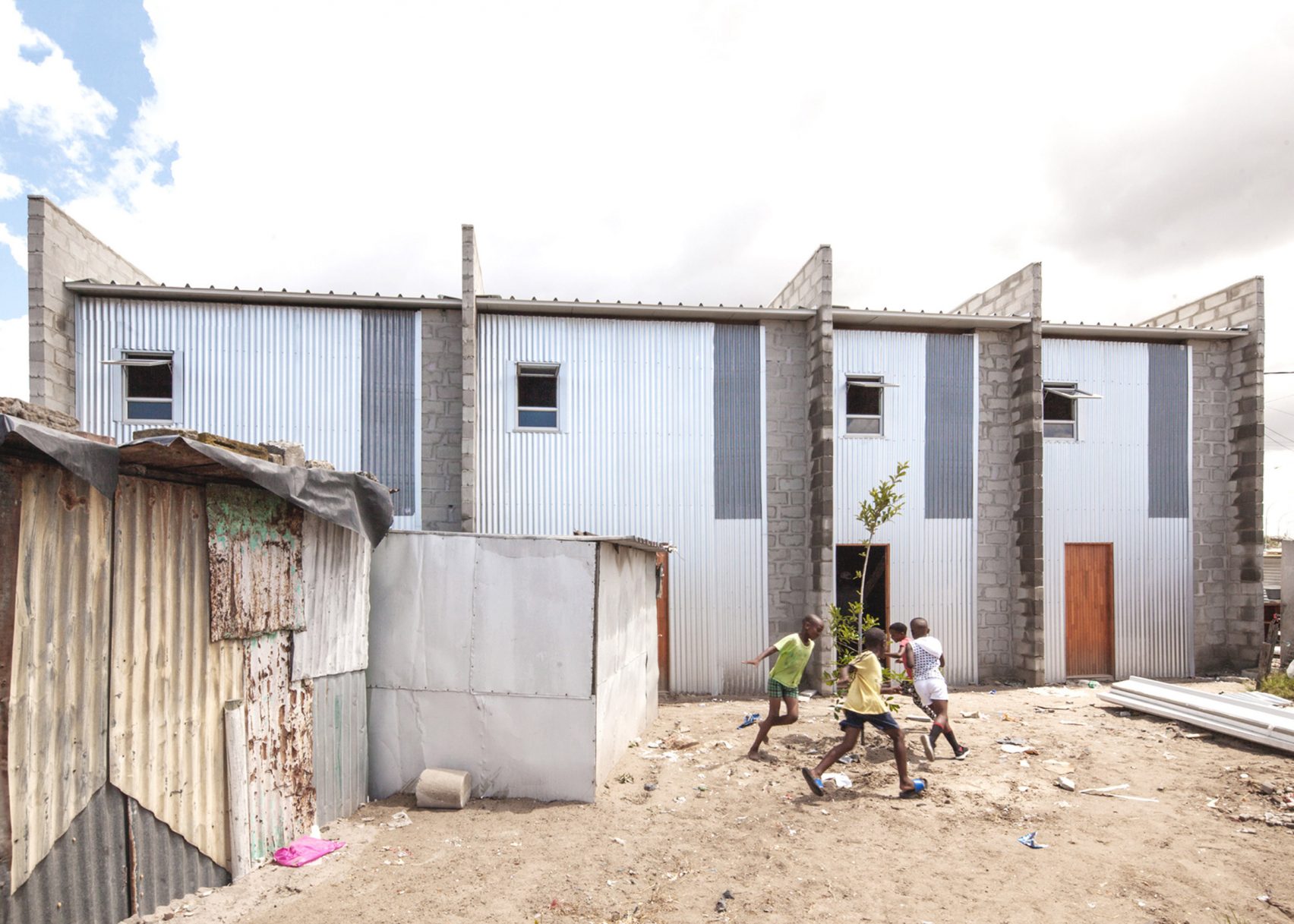 The Empower Shack aims to solve these problems. The low cost buildings occupy a smaller portion of the usual slum dwelling footprint, leaving fire break spaces that give emergency services easy access.
The dwellings are arranged around a sanitation core, providing water and toilets on site. A second storey or even a third can be added if required, to accommodate different family sizes.
The denser accommodation means land is used more efficiently and guarantees residents can remain at the same site, keeping community ties intact. Community members who live in the Empower Shack’s become long-term stakeholders in the project. 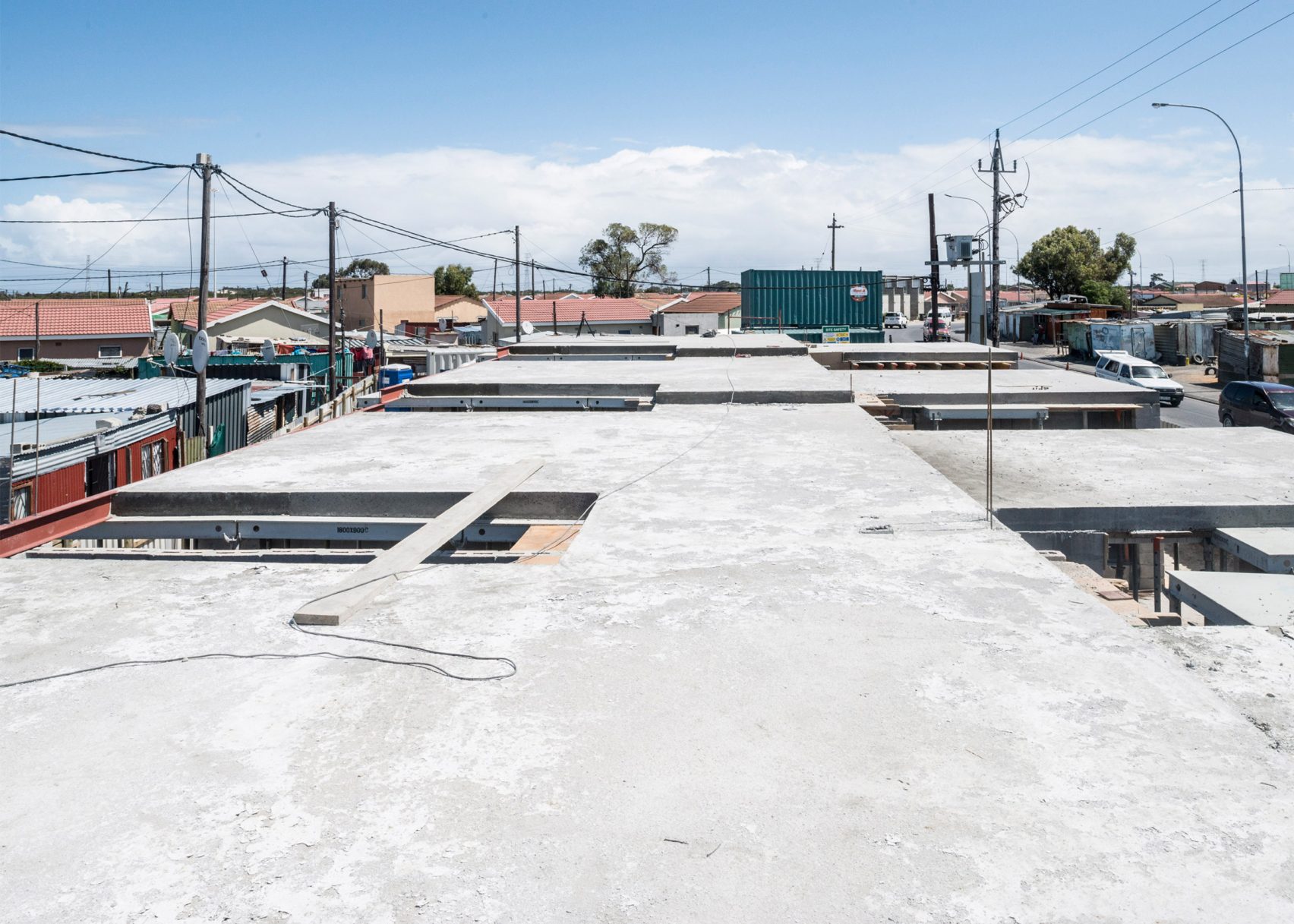 Urban-Think Tank has also developed software that can easily model different urban layouts for the Empower Shacks to be built in.
Described by the team as “preferential city-making”, the user can input individual and community needs along with municipal planning frameworks. Various adjustable urban layout scenarios are then automatically replicated.
The software also produces an online 3D model that residents can gain access to in order to view potential layouts and register their feedback. The software is open source, making it freely available to community and urban planners.
Because the model is scalable, Urban-Think Tank hope that this urbanisation scheme can be used to upgrade informal settlements, deliver basic services and create a safer urban environment on a larger scale. 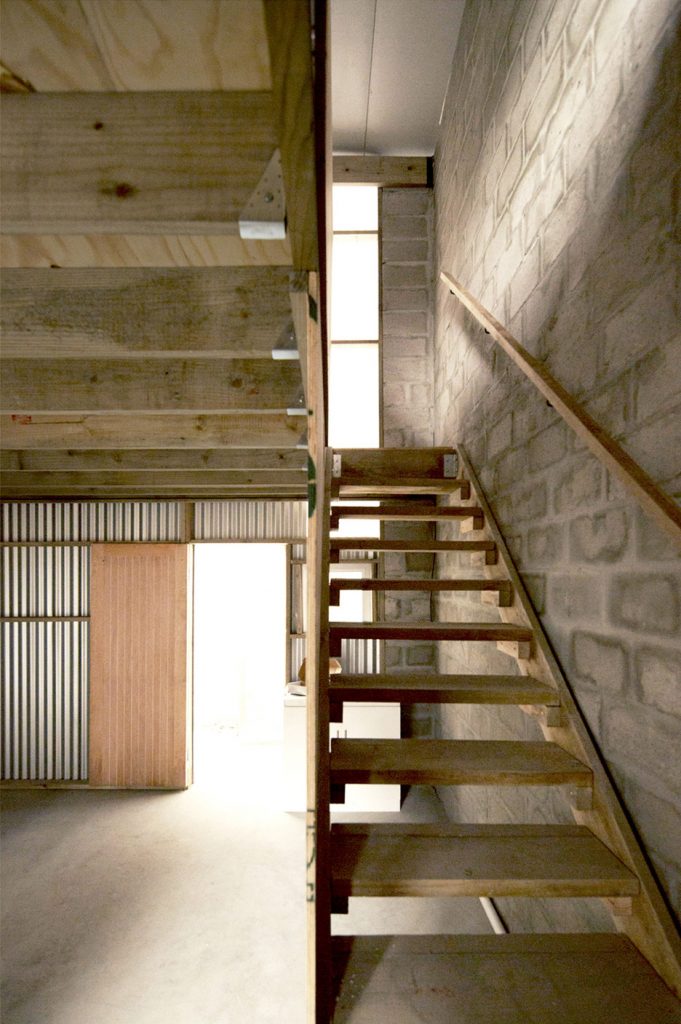 The scheme also hopes to widen residents’ economic and social possibilities. Integrated livelihood programmes include community workshops, and renewable energy and water management training.
Micro-financing schemes are also built into the planning tools, so residents can take out small, ethical loans when building an Empower Shack or adding another storey.
“The building units are priced to meet meaningful financial contributions from recipients by designing generous but robust living spaces and service cores that meet building code obligations through fit-for-purpose bridge contracts,” said the designers.
The units are available in six sizes ranging between 38-square-metres and 84-square-metres, and are priced accordingly, with a mean construction price of ZAR 160,000 (£9,494). This price corresponds with a subsidy offered by the government in a lump sum to households that qualify.
Residents currently pay a net average of 14 per cent of the construction cost through a micro-finance programme, based on the footprint of the shack and household affordability assessments.
In the long term, Urban-Think Tank hopes it influence government housing policy and provide access to diverse housing for South Africa’s gap market.
Earlier this year Spanish architects Selgascano shipped a colourful pavilion designed for a Copenhagen art museum to Africa’s largest slum in Kenya, where it was turned in to a school for 600 orphaned children.

Full article can be read here