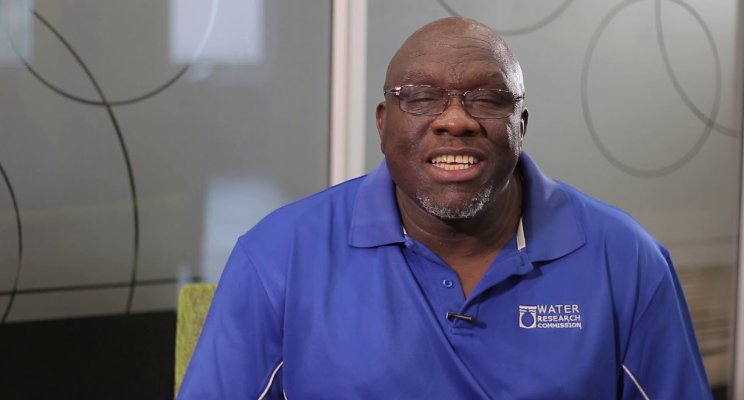 Annually, on the second of February, the world over remembers the establishment of the Ramsar Convention which happened in 1971, (the same year that the Water Research Commission (WRC) was established), making it one of the old organisations that concerns itself with the well-being of wetlands, society and economy. Ramsar’s definition of wetlands includes all water resources from mountain seeps through estuaries, up to six metres into the oceans. This definition allows for integration of all authorities, regardless of the legal mandate, such as the collaboration amongst line departments, the Environmental Affairs (the international focal point), Water and Sanitation and Agriculture, Forestry and Fisheries, City of Tshwane, South African National Biodiversity Institute (SANBI), communities, etc. The change brought about by the awareness creation is slowly becoming visible. This is illustrated by the declining rate of wetlands destruction, as some  investment in wetlands restoration across the country increases. Hundreds of green jobs in various villages have been created and improved the livelihoods in many homesteads. Indeed, more resources are still required in South Africa due to massive wetland degradation (estimated beyond 60% of mapped wetlands so far) the country and world have witnessed.
The World Wetlands Day celebration theme for 2018 is focused on the wetlands in the urban areas: “Wetlands for a Sustainable Urban Future,” which highlights the important role of wetlands for sustainable urbanisation.
Urban wetlands are essential and contribute to making cities liveable. In South Africa, we have witnessed the dramatic flood disasters in Johannesburg and Durban, almost annually over the last few rainy seasons. While wetlands and river riparian vegetation alone cannot prevent destruction caused by such floods, integration of healthy ecological green infrastructure in planning and management of other urban infrastructure assets would have alleviated by magnitude the costs to the business, insurances and peoples’ properties. This is a living example that illustrates the value of wetlands, which goes beyond the attenuation of flood energy provided those wetland plants are maintained in good health condition. The opposite of floods (drought) is currently being experienced in Cape Town and in the broader Western Cape Province. Again, the retention and slow release of water from wetlands during droughts have been widely reported in literature. While these difficult experiences are underway and stressful, it is also an opportune time to review our relationship with nature and nature-based solutions.

To this extent, DWS is leading a complete turn-around of its operations through the development of the National Water and Sanitation Master Plan. This huge exercise is aimed at shifting from job as usual to a New Normal that takes serious future projections of frequent droughts and floods, a situation that calls for future cities’ resilience. The plan will see merging of water supply and raw water resources management in planning developments and water demands which must be objective and be contextualized. Traditionally water availability is assumed in the business planning until later when it is realized that water assurance of good quantity and quality is a limiting factor! The Master Plan in line with the World Economic Forum, has noted water as one of the top risks facing humanity now and into the future as population and other water demands escalate. The estimations are that by 2030, urbanisation will have driven more people towards cities, putting extra pressure on wetlands and rivers. Much of this is already reported through numerous WRC reports, a situation that demands speedy review of urban settlement/business/transport mechanism designs that are sensitive to nature.
Various international plans/strategies, such as Sustainable Development Goals: 2030 (particularly Goal 6 as interlinked), the African Agenda 2063, the National Development Plan, city plans provide support to realization of greener economy which promises better life for all on targeted timeframes. Fortunately, wetlands and their restoration and maintenance as ecological infrastructures are prominently listed as priority resources to be given immediate attention. Indeed, Water if Life!
The WRC is one of the world leaders in generating new knowledge critical in policy decision-making. Most of the key reports already exist in managing wetlands. More work is underway. Just as an illustration, a framework report (TT 732/17) with special focus on Ramsar wetlands will be launched during the WWD 2018 celebrations. The framework provides for the collection of key biodiversity and biophysical information required by Ramsar Convention. Many countries (including SA) who are signatories to Ramsar Convention battle to generate and report on this aspect. In realizing this gap through a WRC organized dialogue, DEA agreed on producing this framework as an urgent matter. The framework will be launched in the City of Tshwane Metro on the second of February during the celebration organized in a partnership with City of Tshwane, Department of Water and Sanitation, Department of Environmental Affairs /SANBI.
The WRC in its Research Development and Innovation Strategy plan has made a dedicated effort to focus on ecological infrastructure, resilience, governance, social and economic aspects of wetlands. This is done to emphasise research towards the New Normal meant for survival despite threats posed by various threats to our limited water resources. Real water price in the light of ecological infrastructure maintenance demands attracting investments into environmental protection or ecosystem insurance value (a risk mitigation perspective) and many more avenues are receiving direct attention.
It is is therefore not enough to justify protection of wetlands by noting the biodiversity importance, while that is critical, the change in language and approach, such as focus on beneficial services provided by wetlands is gaining momentum. The WRC is not only engaging partners within the country, but in the SADC region, African continent and beyond.