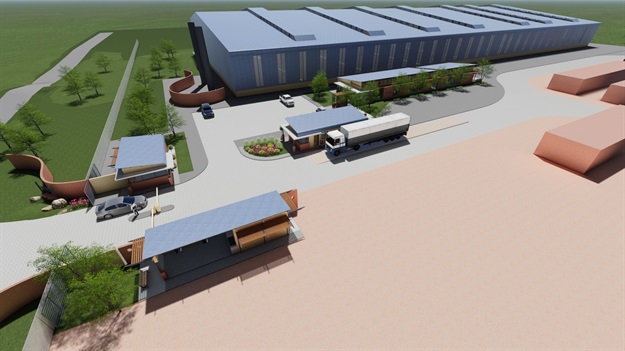 As part of its multi-billion rand investment roll out, South African brick maker Corobrik is investing R800m in a mega factory that will be built alongside its existing Driefontein factory in Gauteng. It is due to be commissioned in 2020.

Dirk Meyer, chief executive of Corobrik, said this was likely to be followed by another mega factory on the East Rand, with future expansion in KwaZulu-Natal and the Western Cape within the next five to six years.

Corobrik currently operates 13 clay brick factories and 14 kilns countrywide which produce a mix of plaster and face bricks for the residential and commercial markets. It also has two concrete operations in Durban which supply concrete paving and retaining walls.

The company converted two further kilns to clean natural gas in 2011 and was one of the first South African companies to sell carbon credits. It produces a billion bricks per year and sells about four million bricks per working day.

Meyer said that the new Driefontein facility would produce around 100-million bricks per year – double that of the existing facility there – and use only a third of the energy currently used by its predecessor where the 30 year-old kilns are outdated and not fuel efficient. The new kilns will be fully automated. Once the new facility is fully operational, the obsolete older facility will be shut down and demolished. In addition, the new operation will produce zero waste.

Meyer said that the technology would be supplied and commissioned by German supplier Keller, which has been in the industry for over 100 years.

The design phase of the project began two years ago. Last year, the company completed an intricate audit process to investigate three different manufacturing processes. This culminated in the signing of the agreement with Keller in January this year.

He said that while the equipment itself would be manufactured offshore, it would be installed using local expertise and labour.

Meyer added that the new Driefontein facility would follow in the footsteps of the Rietvlei facility which Corobrik had developed into its first mega factory.

“We believe it will lower the cost of manufacture whilst significantly improving the quality of our product. This will not only improve efficiencies and grow existing markets but allow us to develop new products and income streams on the back of projected economic recovery in the country. This fits perfectly with our objective of growing the company organically,” he pointed out.