Corobrik sponsors masterclass demonstrating a vision of an accessible, safe and thriving city! 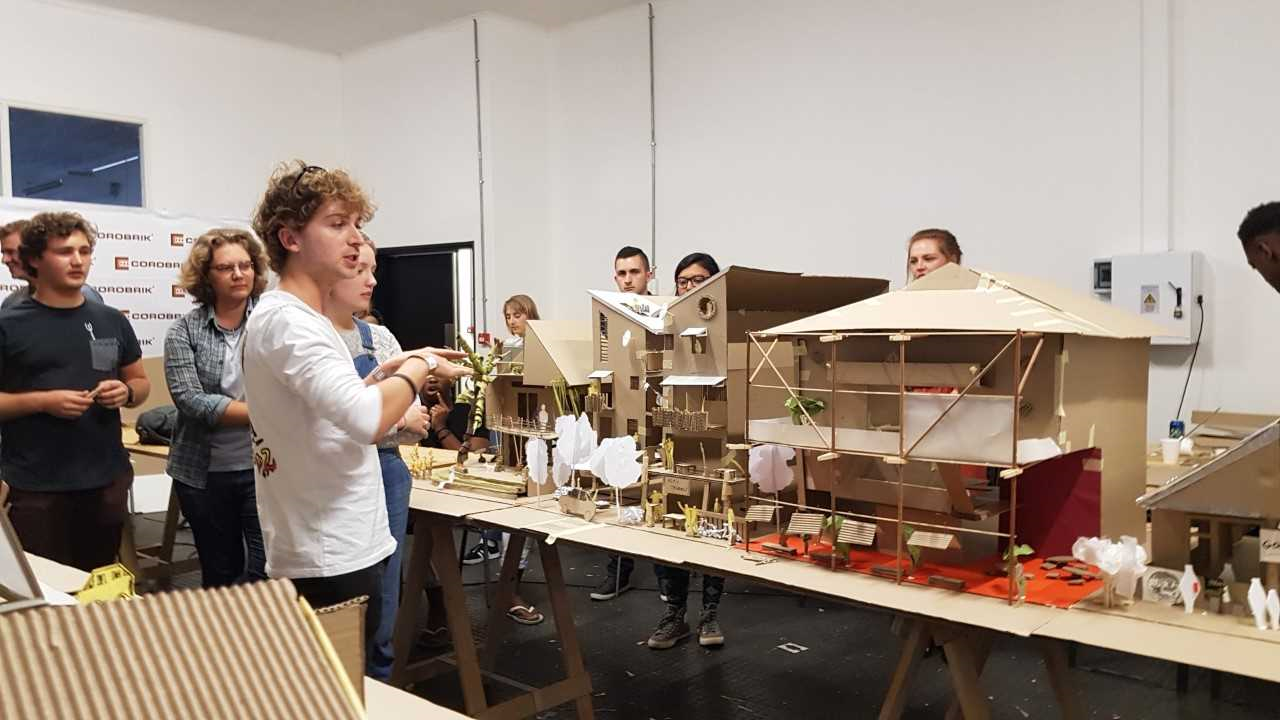 As part of ArchitectureZA 2018, an urban cultural festival focused on architecture, Corobrik sponsored a masterclass, which was held on Saturday, May 5. Entitled “The 495 CITY”, 26’10 South Architects, with guest speakers Sameep Padora from India and Peter Barber from the UK, explored and expanded on the architects’ role in how cities develop through the provision of affordable housing.

The premise of the masterclass centred around the everyday moments in which people connect, trade, exchange or simply enjoy seeing and being seen. These moments are ones which can strengthen a democratic society through connecting people from different life worlds through economic and social networks. “In South Africa, many vibrant neighbourhoods were destroyed through Apartheid’s Group Areas Act, in the process erasing from our collective imagination what a South African urbanity could have been. Today’s residential estates, office parks and malls make little to no provision for these moments, which are essential to the functioning of a democratic society,” explained the pre-event publicity.

Architects end up being complicit in extending and fleshing out this template, but they can play a pro-active role in re-imagining (and realizing) a fairer, more accessible city as an alternative to exclusive bubbles of gentrification or ghettos for the poor. The workshop prompted participants, made up of students and practicing architects, to imagine, script and build the city we dream of: a city of living walls and streets with hairdressers, spaza’s, barbers, carwashes, vegetable sellers, gwinja fryers, upholsters, sweet sellers, butchers, delis, lawyers, estate agents, churches, street food and sit-down restaurants.

“With this masterclass we wanted to demonstrate a vision of an emerging city that is accessible, safe and thriving, by recognising the street as a cultural public space to which our buildings form the backdrop,” explains Thorsten Deckler, co-founder of 26’10 south Architects, “Think of it as a budget Wakanda, built in a day,” he said, referencing the recent hit movie, Black Panther.

The response was impressive; over 250 people applied against an anticipated 50, and in the end just over 70 participants could be accommodated. “The brief, in a nutshell, was for students to make a model of a vibrant city at the scale of 1:20. We gave each of the 12 groups a site and a building prototype and asked them to demonstrate the life of the city with architecture forming the backdrop. The tight parameters allowed them to work creatively and rapidly,” says Deckler. 26’10 south Architects commissioned film maker Anita Szentesi to document the workshop, interview participants, and film the models as an intricate visual manifesto for an architecture that forms an anti-dote to the franchised city.

Sameep Padora, principal of the award-winning design studio sP+a in Mumbai, noted that cities of today have certain challenges, but also certain facets which are extremely valuable. “To step back and show students how to use basic skills such as drawing and models, and have the ability to look at the everyday and see something exceptional in that, if you can set students on that process, that’s a huge step.” He commented that the masterclass encouraged the students to come up with ideas, which although alien to the context, could at some point become relevant, or at the very least force them to question the existing notions.

Renowned London-based architect and urbanist, Peter Barber, one of the AZA18 keynote speakers along with Padora, said, “I’m really glad to have been involved in this workshop because the work that we did there is precisely my interest: the relationship between buildings and the street.” He noted that that the format of the masterclass was refreshing, especially working with 1:20 models. “It’s also refreshing not to have students who have spent a week or two thinking about it and coming in with their sketches, but within minutes to be hacking away at bits of cardboard and making three-dimensional space, which is, after all, what architecture is about.”

The completed models have been transported to Victoria Yards, a uniquely integrated urban context in inner city Johannesburg, where they will be displayed for Africa Day on May 26. “It was a truly profound, spectacular and fun event enjoyed tremendously by students, architects and the many by-standers who came to see what we were doing,” says Deckler.

“We were fortunate to work with Peter and Sameep who brought their individual experience and insight from London and Mumbai to bear on the conversations with students. They were also extremely affable and encouraging to participants who had seen their talks the day before. Receiving encouragement from such accomplished and esteemed architects simply gave participants a boost to let go of their fears or doubts and simply experiment.”

Deckler notes that the tight parameters within which students could have maximum creative freedom, along with working in three dimensions at a big scale within a team, were two of the reasons for the overwhelming success of the masterclass. “Having the resources, due to Corobrik’s generous sponsorship, to prepare and run a day like this properly, was also a huge factor,” he said. “It was certainly one of the highlights of our careers in which we managed to motivate more than 70 people to imagine a better tomorrow and build it – all in a day. I think we managed to take the ‘angst’ out of architecture, at least for a day.”

SIDEBAR: Feedback from the participants

Laura Boliter: I think that workshops are always a great space to engage with architecture outside of the bounds of reality or marks, which makes them an excellent place to have no fear of experimentation. This opens up dialogue which is engaging, challenging and ultimately a lot of fun to be a part of. I thoroughly enjoyed it and this open, engaging, productive environment was a product of its fantastic leadership and all participants.

Letitia Lamprecht: It was a great exercise and a very successful masterclass. Understanding how all the small decisions eventually accumulated into one final model/ manifestation of multiple and diverse ideas and perspectives.

Hano: I enjoyed the moment we got the brief. That instant moment of exploding ideas and creativity, with the entire group making an effort to include everyone’s thoughts and opinions. When we were done with the exercise and stood back, I thought, “Wow! It’s something!”

Christy de Jongh: I appreciated being exposed to the large variety of input in the form of opinions and perspectives. I enjoyed striving towards a goal as honest and powerful as making the ordinary extraordinary within a realistic realm.