On landscape architecture as the lifeblood of a city 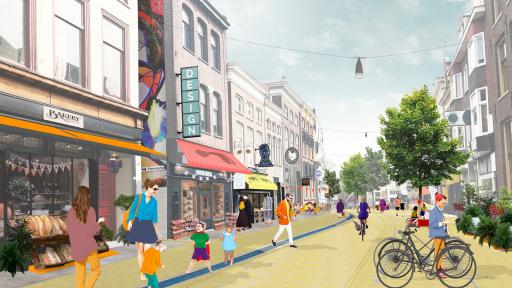 Keep your drab skyscrapers and 30-storey tower blocks – landscape architecture is at the heart of what makes a city great, says designer Cees van der Veeken.

At the first Design Commons in Helsinki, we met the co-founder of LOLA Landscape Architects who shared the vital role landscape design plays in urban centres. LOLA has completed a range of innovative projects that intersect urban planning with the natural world, including the Gallipoli Memorial in Turkey, the Park of the Mist in Colombia and currently the Adidas headquarters in Germany. Van der Veeken’s colleague and co-founder of LOLA Peter Veenstra spoke earlier in the year about creating landscapes that are as outspoken as the buildings they surround.
Based in Rotterdam, the Netherlands, Van Der Veeken’s creative expertise lies in the design of regional parks, landscape structures and green public spaces as well as the research into how they impact the way we experience life.
But according to Van der Veeken, landscape architecture is an intrinsic part of what makes a city a great place to live, yet a difficult kind of work to define according to a rulebook.
A fundamental key in landscape architecture is that it seeks to solve spatial problems with open, public features. It’s the idea that the “built” environment can be both concrete and natural.

“It’s the area of a city that is the most difficult to script in terms of design, but it’s also the area where people meet each other,” said Van Der Veeken, “In that sense I think a lot of architects think that for a spatial problem, buildings are the solution. I think spatial problems are better solved by the public domain.”
The designer used the example of replacing a shopping mall, which encloses the public in windowless, air-controlled rooms, with a shopping street that has an open liveliness and an opportunity to include nature.

Van der Veeken encouraged city planners and other architects to take into account the value of social encounters and outdoor events in these urban spaces.
In the developed and developing world, there’s a disparity between the economic hubs or city centres and outlying areas, making the heart of the region inaccessible. Van der Veeken emphasised that within develping regions there’s more of an opportunity than anywhere else to decentralise city centres through integrated landscape architecture.
“I think, here, you have the possibility in a very positive way to leapfrog and develop faster,” he said, “It’s not really about having a nice public space to walk through. A walkable city is important as well, but it’s more about how you treat your people.”

Like other forms of social impact design, landscape architecture can be used to have a tangible impact on the socio-economic state of a region, says van der Veeken.
“For me, the whole concept is that together, we’re making life easier and more comfortable to live on this planet. On a very abstract level, you can think of cities as things that are protecting you from the dangers of nature or that make it easier to survive in a challenging climate,” he adds. “Ask, as a designer, what are you here for? It’s really about making it possible for people to live life smarter, better, more comfortably.”

Taken from Design Indaba. For more on this click here