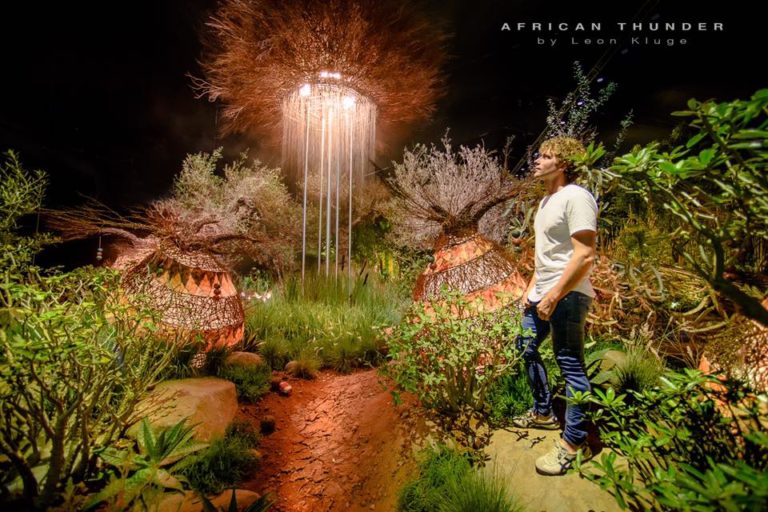 This year’s Singapore Garden Festival has been organised by the National Parks Board and Gardens by the Bay and was conceptualised as a tropical rainforest garden with simulated valleys, mountains and open plains. It features more than 70 displays by designers local and international, professional and amateur.

The festival’s creative director Derek Chan said that the show is an “interpretation of how Singapore would look like as a biophilic City in a Garden in the next century”.
Besides the competitive displays, highlights include an Orchid Extravaganza, Asian Garden, floral jamming sessions and a marketplace.
The festival’s seventh edition features two new offshoots: The SGF Orchid Show, which ran at the National Orchid Garden and other parts of the Singapore Botanic Gardens in April; and the SGF Horticulture Show, which will be held next year at Jurong Lake Gardens.

The main show at Gardens by the Bay is spread over 10ha, and more than 600,000 visitors are expected this year.

South African designer Leon Kluge, 38, won Best of Show, Gold and Horticulture Excellence in the fantasy gardens category. Aloes, impala lilies and olive trees are some of the plants in his African Thunder display. It tells the story of rain coming back down in Africa when the land is in between the dry and wet seasons.

He said: “The public will hopefully feel the heartbeat of Africa.”