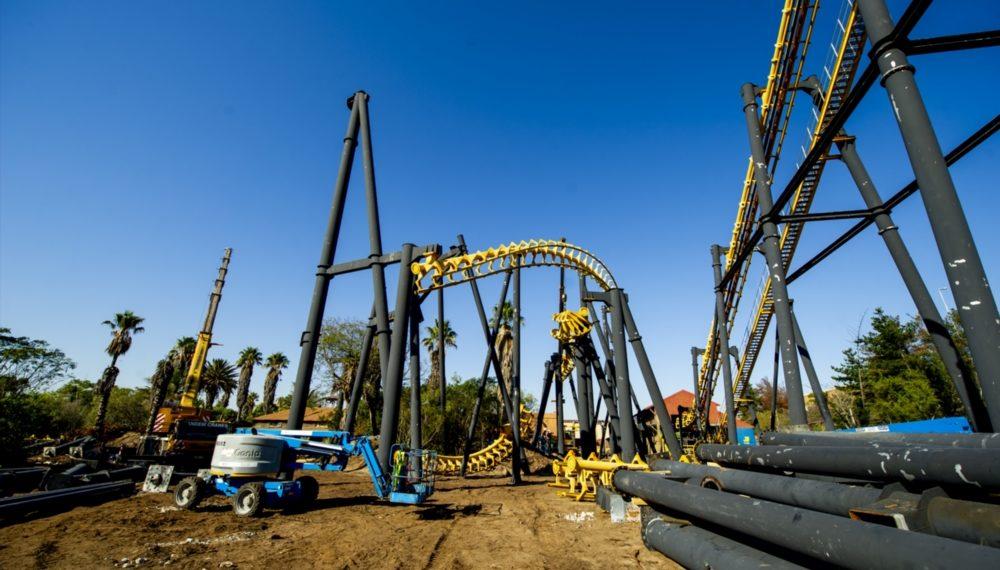 This article was first published on The South African.

Ratanga Junction, Cape Town’s iconic theme park which closed its doors earlier this year, is being transformed into a luxurious residential and commercial estate.

The Ratanga Junction of old holds vivid memories for most Cape Town locals and visitors to the city alike. Opened 20 years ago, the theme park provided excitement and entertainment for the entire family. Hair-raising rollercoasters, candy floss, snake parks and water rides were all Ratanga staples for the city’s youth.

Ratanga Junction: out with the old and in with the new

But, most of the kids that used to run around the park with youthful abandon have all grown up. In its dying last days, the theme park, once filled to the brim with adrenaline and laughter, became somewhat of a brightly coloured ghost town; a memory of adolescence. For whatever reason, the park lost its appeal to the new generation, and in the process, lost its financial sustainability.

The closure of Ratanga Junction in May released a wave of nostalgic crocodile tears from locals pushing thirty; it’s as if the theme park’s inevitable closure exemplified the unavoidable monotony of maturity.

But as the unmistakable yellow steel of the Cobra disappears from Cape Town’s skyline, Rabie Property Group begins to usher in a new era for Ratanga Junction. Rabie has already begun turning the Jumanji-style landscape into a mixed-use development of around 120 000 square metres.

The old theme park will retain some of its antiquated charm, but will be converted into a residential and commercial hub, similar to neighbouring Century City. The new development comprises of residential apartments, a retirement component, a hotel, restaurant and offices which will border the network of waterways.

Luckily, according to Rabie Property Group, much of the area’s unique vegetation and landscaping will be retained. Water is currently being drained to make way for a greater network of canals and artificial lakes.

John Chapman, director for Rabie Property Group, confirmed that any vegetation due to be removed from Ratanga Junction during the redevelopment process will be donated to community organisations including Lentegeur Psychiatric Hospital in Mitchell’s Plain.

Chapman also confirmed that the development will still provide a taste of excitement and leisure to Century City and surrounds, saying:

“It is envisaged that many of the current water-based sport activities, the weekly Park Run and other community events will utilise this new scenic public realm and a pedestrian bridge will link the current Brideways precinct area to the Ratanga redevelopment over the Grand Canal.”

Another iconic element of the old Ratanga Junction, which is set to remain in place and operational, is the train infrastructure which was once used to transport visitors through the lush vegetation to various drop off points around the theme park. The train tracks are due to be rerouted to create a scenic loop over the waterways.

While still under negotiation, it’s been revealed that a number of the smaller, more popular rides could find a home at the Ratanga Junction Family Entertainment Centre at Canal Walk. While details regarding the move are still scarce, Chapman confirmed that the deal with Canal Walk was nearing completion. Should the agreement be finalised before the end of the year, the new centre could be opened towards the middle of 2019.

Rabie Property Group said, that in due course, it would release more information regarding the new Ratanga Junction development and the Canal Walk entertainment centre.