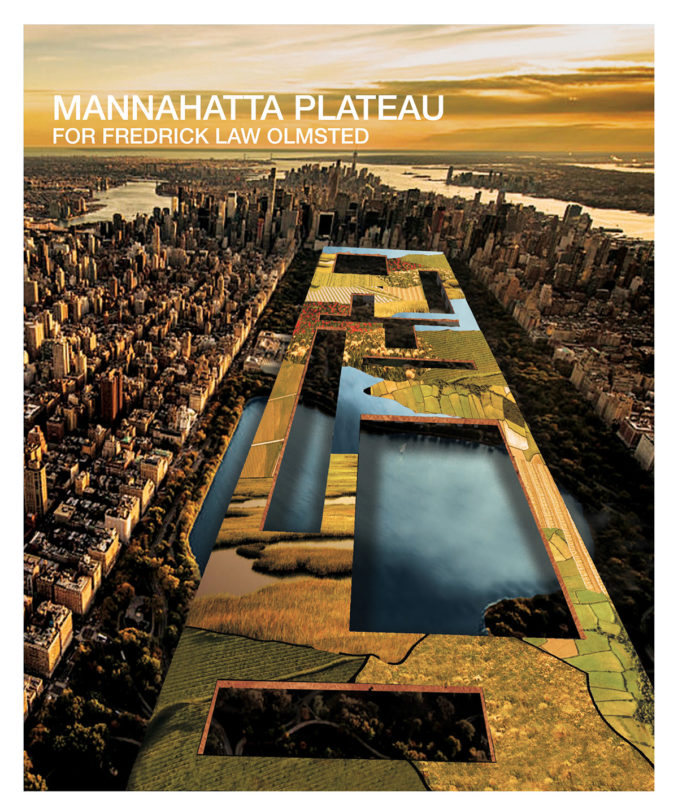 What is the future of the world’s most iconic public spaces in the face of growing inequality and runaway climate change? It’s one of the questions raised by LA+ ICONOCLAST, a design ideas competition that inspired 382 designers from 30 countries to reimagine New York’s Central Park. From a total of 193 submissions competing for a share of $20,000 in prize money and feature publication in LA+, the jury awarded five equal winners:

“From megastructures to new ecologies and radical ideas for democratizing public space, the LA+ ICONOCLAST winning entries show how designers can move beyond the status quo of picturesque large parks and embrace the challenges and opportunities of the 21st century,” jury chair Richard Weller said.

Each of the winners will receive $4,000 and the winning designs will be published in LA+ Journal, the interdisciplinary review of landscape architecture from the University of Pennsylvania School of Design. The jury further awarded 10 honorable mentions, which will also be published in the Fall 2019 issue of LA+ Journal. The issue will also feature juror interviews, essays, and a selection of notable entries making up a compelling and diverse salon des refuses. Tiago Torres-Campos (Edinburgh, UK)
The Geoscraper of the Captive Biomes is a new park themed around a collection of the world’s main bioregions and encompassing a greater diversity of social functions.

Joe Rowling, Nick McLeod + Javier Arcila (e8urban; Sydney, Australia)
The De-Centralized Park concept proposes to let the park rewild itself over time but to also extend the park into all its connected streets. These new green streets are made possible by future decreased car usage due to a driverless fleet servicing Manhattan. Chuanfei Yu, Jiaqi Wang + Huiwen Shi (South East University; Nanjing, China)
The Central Cloud creates a layer of mist that hovers over the park via an infrastructure that taps into Manhattan’s air conditioning condensate, with the aim of compensating for water loss during reconstruction of the park’s ecosystem following the fictional eco-terrorist attack posited by LA+ ICONOCLAST. Song Zhang + Minhzi Lin (Song + Minzhi; Chicago, USA)
This anti-gentrification concept takes Olmsted’s original idea of a democratic public space literally and parcels the park up into 59 sections, one for each community of New York. The idea is that communities can exploit their plots and have access to funds raised through their Central Park activities that will allow them to improve green spaces in their own communities.