This is all that’s left of a R7m ‘smart park’ in Cape Town. 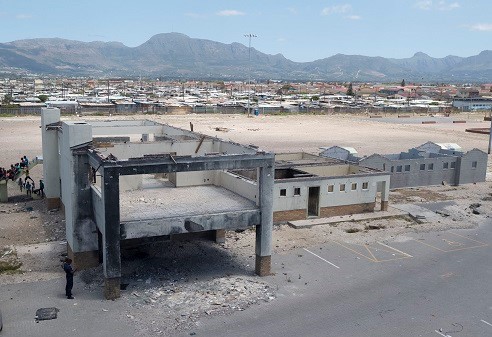 Rubble and ash are all that remain of a R7.6m “smart park” opened just 16 months ago in in one of Cape Town’s most troubled neighbourhoods.

“There is nothing left,” Zahid Badroodien, the mayoral committee member for community services, said on Wednesday.

THEN… Children at Seawinds Smart Park when it was opened on Heritage Day in September 2017
Image: City of Cape Town

… AND NOW What remains of the children’s playground after 16 months of vandalism and ‘wanton destruction’
Image: City of Cape Town

Badroodien said: “The park … provided families with world-class features that included a water play area where children could learn about the water cycle and splash around in shallow water; a younger children’s play area; a multipurpose playground; two multipurpose courts that could host a variety of ball games; a picnic area and covered stage; as well as outdoor exercise areas.