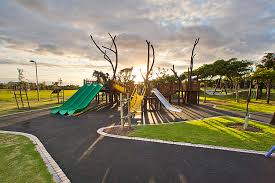 The City’s Recreation and Parks Department has been faced with the enormous challenge of maintaining sports fields, parks and greenbelts during one of the worst droughts in Cape Town’s history. When relief came following late rains and the subsequent lowering of water restrictions, it eased strict water limitations primarily for households and allowed a recovery period for municipal facilities to ensue.

However, the Department is still facing a huge challenge when it comes to restoration of sports field to their pre-drought condition. Plans for rehabilitation of grass at fields for sporting codes take several growing seasons to yield favourable results, due to a combination of:

The long lasting impact of a severe drought was to be expected. This is not a new matter as the Department has had to seek many alternatives to keep facilities open and functional at varying degrees. Recreation and Parks was affected the most, given the portfolio of spray parks, sports fields, parks, pools, public ablutions and community centres that the Department manages.

Throughout the duration of the drought, the Department held meetings with all the major sporting federations affected; and continuously cautioned all role players about the impact that the drought and ongoing play was having on turf grass fields. A weekly sport field condition scoring mechanism (“triage system”) was introduced, specifically to gather information that could be used to advise users on the capacity left and playable hours for each field.

While some federations introduced several measures, including cancelling leagues in an effort to preserve the fields, SAFA refused to consider this guidance from the City.  Instead, SAFA called on their players through social media channels to continue using the fields as normal. City officials informed SAFA that their actions would have a disastrous effect on the condition of sport fields for years to come, as there was no supply of water available to reinstate fields to their former condition – even if the budgets for such reinstatements could be found.

The Department continued to engage SAFA in an effort to find alternative solutions including:

All requests were not responded to and SAFA failed to adapt to the new way of life that all residents in Cape Town were forced to adjust to during water saving measures.

Unfortunately, this led to the state of deterioration that the facilities are now in. On average, it takes in excess of R400 000 and 3 million litres of water to reinstate a field once it has reached this state. This means that it will likely be many years before the City will be able to get these fields back to a reasonable state for play.

Four new artificial football pitches were initiated in 2017/18, at a cost of R28,9 million and are due to be completed in the current financial year.

Added to this, the Department, through its expert sport, recreation and horticultural staff, annually spend an average of R13 million on the repairs and maintenance of sport fields.

For any organisation to claim that clubs or federations are now suffering due to the negligence and incompetency of the City, reeks purely of opportunism or a lack of knowledge about the real reasons for facilities being in this current state.

The City remains committed to providing quality, accessible and safe facilities to all communities in Cape Town, and we call on everyone, whether individuals or organisations, to act responsibly and co-operate during these challenging times. Only together will we be able to restore our invaluable outdoor assets.